CRUX UNTAMED (HADES HANGMEN #6)
is an emotionally-charged, heartbreaking MFM
(menage a trois) dark romance novel.
Release date and synopsis to be revealed at a later date.
Crux Untamed cannot be read as a standalone novel.
All of the previous books in the series must be read first. 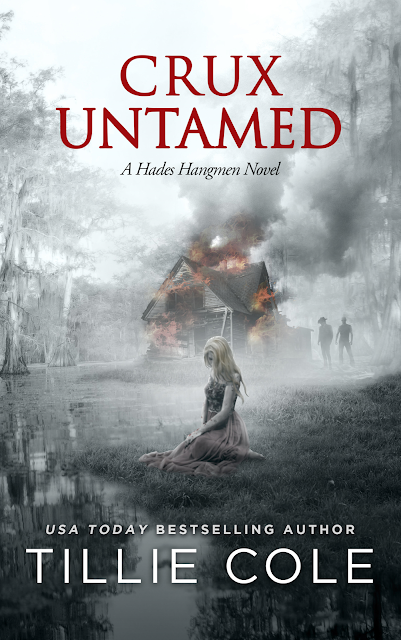 Cover design by Alisha from Damonza