The Professional by Kresley Cole 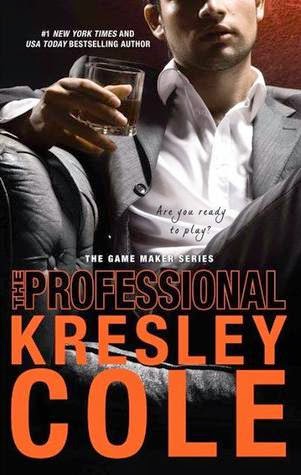 He makes the rules…

Mafiya enforcer Aleksei “The Siberian” Sevastyan’s loyalty to his boss knows no bounds, until he meets the boss’s long-lost daughter, a curvy, feisty redhead who haunts his mind and heats his blood like no other. Ordered to protect her, Aleksei will do anything to possess her as well—on his own wicked terms.

Rules are made to be broken…

Grad student Natalie Porter had barely recovered from her first sight of the dark and breathtaking Sevastyan before the professional enforcer whisks her away to Russia, thrusting her into a world of extreme wealth and wanton pleasures. Every day under his protection leads her deeper under his masterful spell.

Are you ready to play?

Yet all is not as it seems. To remove Natalie from an enemy’s reach, Sevastyan spirits her into hiding. From an opulent palace in Russia to the decadent playgrounds of the mega-wealthy in Paris, the two lovers will discover that even their darkest—and most forbidden—fantasies can come true…

How exactly did I feel about this book you might ask?  I think RDJ can sum this up quite nicely for me.

Yeah, that about says it.

This book is sexy and intriguing and full of action, all the action.  *winks*

Natalie I will admit is not my favorite heroine. Although clearly a trademark Kresley Cole female character, which I typically love.  She is funny and witty, quick on her feet, and thoughtful.  She doesn't need a man to save her, fighting her desire to make her own path and learning when to let people in.  However,  I felt like she never truly comes into her own.  I wanted to really love her, but in the end I just like her fine, her challenge is that she is totally over-shadowed by Sevastyan!

Don't get me wrong, there is amazing chemistry between Natalie and Sevastyan, there are some heart wrenching and some heart palpitating scenes between the two of them.  It's just that Sevastyan is such a dynamic character that at times it feels like all you can do is see him.

"I am an enforcer, a contract killer, and I pity you for piquing the lusts of a man like me." 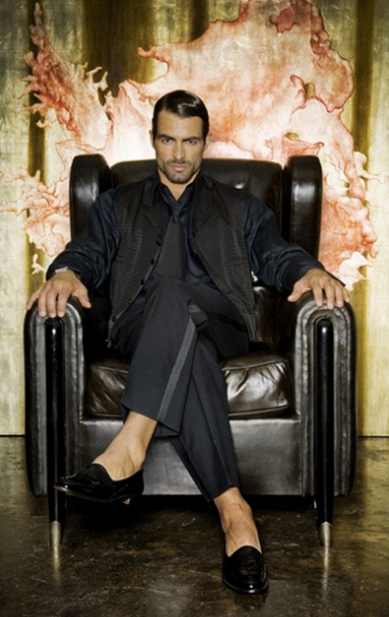 and seriously who could blame us for getting sucked in to his orbit?  He's the type of character you just want to hug for his underlying sweetness and difficult life, but beat the tar out of for his Russian machismo and secrets.  And when he finally let's himself go, allows himself to be the man that he is and not hold back from Natalie...Wow!  He isn't the kinda guy everyone is going to like, go into this knowing he has certain predilections when it comes to his romantic life, he is a Dom (with extreme possessive tendencies) through and through.  He is bigger than life and that I loved about him.
I'd love to see a book done from his POV (hint hint Ms. Cole)

The Professional left me wanting to read it over and over, something that I don't typically do (I'm pretty much a one date girl when it comes to books), the bad and good of that is it left me wanting more.  Bad...I think that Ms. Cole could have really delved into the two characters more, could have gotten down to the nitty gritty with this story and would have likely left me wanting more.  It just feels like there is so much left to uncover.  Good...I'm going to get the chance to have more with this being a series and I truly can't want to find out more about the mafiya, about Sevastyan and his family, and get more of Ms. Cole's amazing story telling.

*Side Note: I have seen a lot of people complaining about this in comparison to Kresely Cole's Immortals After Dark (IAD) series.  This is NOT IAD, don't go into this thinking you are going to get the same kind of story, the same type of characters.  While there are similarities in Natalie to many of the female characters from IAD (Witty, snarky, strong), she is not a Valkaryie and Sevastyn is no Vampire or Lyka!*


Here are your links, woot! 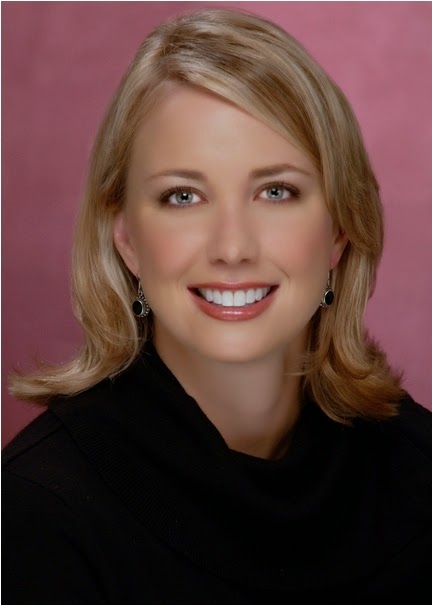 Since her first novel was released in 2003, Kresley has published twenty-two books with Simon & Schuster and has seen her releases translated into more than eighteen foreign languages. She has traveled over much of the world and draws from those experiences to create her memorable characters and settings. Two of her favorite places to visit include the rain forests of Central America and the Queensland area of Australia.

Cole’s trademark action, sensuality, and humor are exemplified in her popular Immortals After Dark Series, which revolves around the Lore, a secret stratum of hundreds of immortal creatures--ranging from Vampires to Lykae, Furies to Shifters, and Fey to Valkyrie--that each have their strengths, weaknesses, and age old prejudices against the others. Though they secretly live among humans, they constantly war among themselves, which gives her a lot of material.

In 2007, Kresley won the prestigious Romance Writers of America RITA award for best paranormal for her novel A Hunger Like No Other, and in January 2009, she became a #1 New York Times and Publishers Weekly bestseller with her sixth IAD installment, Kiss of a Demon King. In 2010, Kiss of a Demon King earned Kresley her second RITA award. 2011 brought Cole her second #1 NYT bestseller with Dreams of a Dark Warrior. In 2013, Kresley won a third RITA for Shadow's Claim and was inducted as only the 14th member of the RWA Hall of Fame.

She lives in Florida with her husband and far too many animals. She spends any free time traveling and enjoys all things related to boats and water.