Today I am excited to bring you an excerpt from Zoe Forward's new release, Protecting His Witch.
Protecting His Witch is a paranormal romance published by Entangled Covet, and is the first book in the Keeper of the Veil series.  So take a minute to check out the synopsis, the excerpt, and make sure to enter the giveaway!  Thanks for popping by! 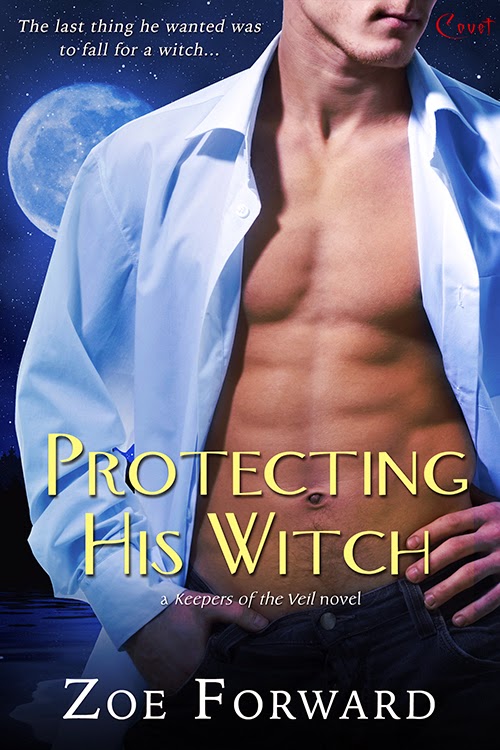 A paranormal category romance from Entangled's Covet imprint...
The last thing he wanted was to fall for a witch...
Veterinarian Kat Ramsey hasn't a clue that she's a witch. Sure, she can read minds, and there's the whole "dimension-hopping" issue that she can't quite control, but Kat is determined to keep things normal. That is, until she accidentally hops into the Otherworld, and runs smack into Matthew Ryan―the seriously hot one-night stand from years ago who shoved her out of his dorm. Naked.

And there's the tiny matter of the curse she gave him.

May you never find satisfaction with another woman. Billionaire and former druid Matthew Ryan hasn't forgotten the curse, or the witch who gave it to him. Kat's unexpected return means the curse will finally be broken. Unfortunately, his libido has other ideas―like how to get her back into his bed one last time. But far more worrying is his suspicion that Kat is the seventh Pleiades witch. Because while he's turned his back on his druidic ways, he's still bound to protect the woman who made his life hell...

Book Excerpt:
His palm curled around her lower jaw with a touch that was gentle but controlling. In a raw voice, he rasped, “Please, rescind it.”


Her lids popped open. She asked with a deceptive calm. “Rescind what?”


His body tensed against hers.


She glimpsed the barely restrained desire eating at him. His gaze slid to the chain around her neck and followed its path down to where it disappeared into her dress. Evidence of his arousal pressed tight against her abdomen.


She swallowed, knowing she should tell him to back off, but couldn’t voice the words through the desire clogging her throat. Defeating his iron control challenged her. Rational thought fled. She wanted to tempt him. To push his control over the edge. She arched her back until her breasts rubbed his starched shirt.


His breath hitched, then came in irregular pants. She bit back a smile. “This is insane,” she murmured. She yanked her hands from his grip with surprising ease and fit them around the back of his head to draw him to her lips.


He murmured, “Not as insane as how much I want you.” And resumed kissing her. 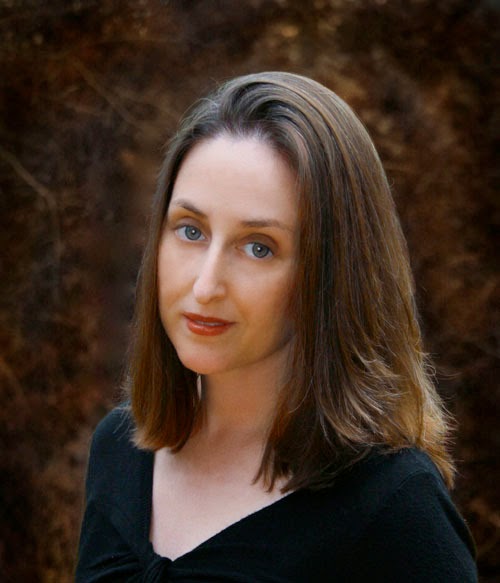 Zoe Forward is a hopeless romantic who can't decide between paranormal and urban fantasy romance. So she writes both. In addition to being a mom to one rambunctious kindergartener and wife to a conservation ecologist who plans to save all the big cats on the planet, she’s a small animal veterinarian caring for all the small furries, although there is the occasional hermit crab.

When she’s not typing at her laptop, she’s tying on a karate belt for her son or cleaning up the newest pet mess from the menagerie that occupies her house. She’s madly in love with her globe trotting husband of ten years and happiest when he returns to their home base in North Carolina.

a Rafflecopter giveaway
Posted by Malissa at 07:20