I am so excited to help bring you the Mardi Gras Blog Parade for The Supernatural Chronicles!

The Supernatural Chronicles is a fantastic box set with stories from ten different authors each celebrating a distinct supernatural creature!

This is the Supernatural Chronicles: The New Orleans Collection.

The Tour goes from February 1st-February 10th with different authors and content each day of the tour!

Make sure you check out each stop along the way and enter to win the 1 of 10 Mystery Boxes!! See why everyone is talking about #DYNAMIS, and stop by The Supernatural Chronicles Facebook Discussion Group!


Ten authors and one grand scheme of mayhem and magic in the depths of New Orleans.

About The Supernatural Chronicles: The New Orleans Collection:

Beneath the brow of Bourbon and French architecture, the iris of New Orleans swirls with flecks of worlds and beings unknown to mankind. Come with us as we chronicle their journey—each supernatural race must hunt for an offering in hopes of saving their own. Skinwalkers, Wolves, Vampires, Dragons, Succubi, Witches, Necromancers, Cupids, and Asgardians are all in danger of losing control as an uprising darkness threatens to rip the veil that protects them all from the great beyond. Ten original novellas, following each supernatural race as they fight an elusive enemy, are written by New Adult authors Lila Felix, Kristie Cook, Brenda Pandos, Delphina Henley, Julia Crane, Jamie Magee, Morgan Wylie, Kallie Ross, S.T. Bende, and Rebecca Ethington. Come join them for the hunt and discover hidden treasures inside.


I am very excited to introduce one of my favorite
paranormal species....THE VAMPIRES 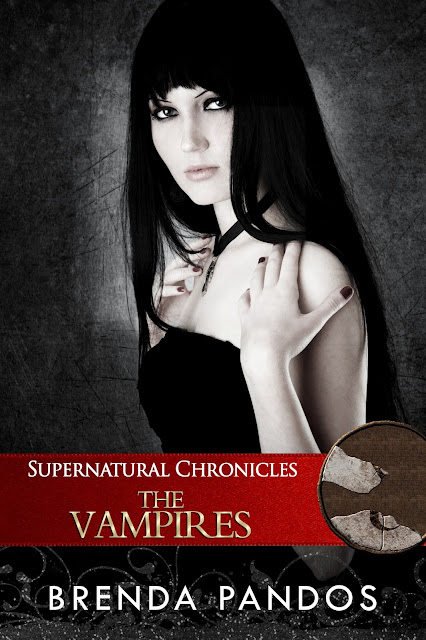 Supernatural Chronicles: The Vampires, by Brenda Pandos, is the third in the collection and it features characters from Brenda's popular Talisman Series.

After having just survived near annihilation, eighteen-year-old Julia and her vampire friends have reveled in the afterglow, and are now bored. Thankful their enemy is sleeping off the defeat quietly in Julia’s vaults for all eternity, they need a new challenge.

When a letter from the supposed Noir begs for their help with a riddle, it becomes their first case. Not taking the threat seriously, the night loving crew turns the quest into a challenge: First person to solve the mystery, gets to be their new Justice League’s leader. They soon learn it’s not a joke, and once they head to New Orleans, they find others who’d love nothing more than to stand in their way. The threat is real, and unless they figure out what offering the riddle is referring to, all hell will be let loose, literally, rendering them powerless.

Will Julia be able to give up what’s required: a true sacrifice?

Mimi moved closer, tearing at her neck with her nails. Blood came to the surface, teasing me. Nicholas moved closer, but I raised my hand for him to stay back.

I licked my canines as they lengthened on their own. “But what’s the thing that brings life and death?”

“It has to be your venom,” she said, but the pungent scent of a lie filtered into the air.

Her chest rose and lowered with her quick breaths, her heart fluttering in a staccato beat. Any other time, the blood might have overpowered me. But her blood was like settling for fast food when a gourmet feast was coming, and I didn’t want to spoil my appetite.

“I don’t know. Probably where evil hides in plain sight.” She lifted her chin. Yet another lie. Did she know where The Noir was? “I’m ready, Julia.”

She closed her dark eyes and pulled aside her long dark locks. On her neck was a necklace made from a black velvet ribbon. She’d thought she’d won—that her lies would satisfy me.

“I’m sorry, Mimi, but I need all my power when I take this relic to her.”

“What?” Her eyes opened, flashing hate. She scratched her nails down my cheek. “You are such a liar!”

I stayed her hand and squeezed. “You’re the one not telling the truth.” 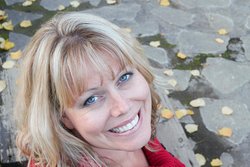 Author Brenda Pandos lives in California and is surrounded by the loves of her life—her husband, her incredible boys, a grumpy cat, eight chickens and her characters. Before becoming a full-time author, she worked as an IT administrator. After her son’s ASD diagnosis, everything changed. Being pregnant and embarking on a 35 hour a week in-home therapy schedule was grueling to say the least. She craved a meaningful escape.

Never having aspired to write before, she wrote her own vampire tale for kicks. Four months later, The Emerald Talisman was born. Unsure who'd want to buy her novel, she entered her fledgling book in the Amazon Breakthrough Novel Award and placed as a Quarter-finalist. That gave her the courage to go Indie and from there, she traversed into a life she’d never imagined and loves to this day. And since a small group of fans grew into a larger group of fans, all cheering her onto books two, three, four, five... and so on, she hasn't looked back.

Don’t miss each of the individual Supernatural Chronicles!