The Rule of Mirrors by Caragh M. O'Brien - Review and Giveaway 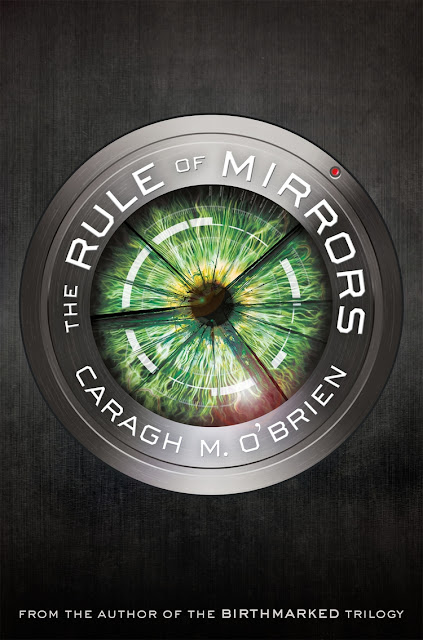 The fast-paced, psychologically thrilling sequel to The Vault of Dreamers follows Rosie after her consciousness has been split in two.
The entire country was watching when Rosie Sinclair was expelled from Forge, the prestigious arts school that doubles as a reality TV show. But few know how Dean Berg was mining students' dreams in laboratories deep below the school. And no one, least of all the Dean himself, knows that when Rosie's dreams were seeded into the mind of another patient, Rosie's consciousness woke up in that body--a girl far from Forge, a girl with a completely different life from Rosie, a girl who is pregnant.

Told from alternating points of view between Rosie as she makes sense of her new identity and the shattered subconscious that still exists in her old body, this sequel to The Vault of Dreamers will keep readers on the edge of their seats and leave them hungry for more.


A psychological science fiction thriller for the young adult reader that will keep even the 'oldest' readers up all night turning pages.  Rule of Mirrors picks up after Vault of Dreamers pretty epic cliff-hanger.  We find our selves back in Rosie's world only it's not just Rosie's mind we are delving into this time....or is it? Rosie's conscious has shattered in two, one half where it is supposed to be (inside Rosie's body) the other half, across the world and in the body of a wealthy pregnant teen (Althea) who has been in a coma for six months after a terrible accident.  Rule of Mirrors is even more interesting as we are following the story from two points of view that are really one person.

I really enjoyed seeing how Rosie's consciousness deals with the separation from her self and how she handles the differing circumstances she finds herself in.  I will say I have always struggled with this Sci-Fi concept of two people in one body or in this case two bodies and one split conscious, it is a concept that for some reason I have trouble wrapping my 'mind' around, no pun intended.  Caragh does a great job though at keeping this rather difficult to grasp concept easy to follow and to find believable. It's so interesting to watch how this one mind reacts two these two vastly different circumstances and how they choose to move forward.

I also loved seeing old characters coming back, one in particular I think everyone will be excited to see again...Burnham, and finding out more about each of them and what has happened to them.  Linus is back and there is still something between he and Rosie, but there is also a second love interest for the 'New Rosie' which makes things rather interesting.  We also get to meet a number of new characters and of course the scientists/doctors are just as evil as ever...maybe even more so.

Caragh doesn't leave us hanging quite as perilously on the edge of the cliff like in the ending of Vault of Dreamers, but do expect to leave with burning questions you need answered and the craving to have book three in your heads right now!  This is a great series for Sci-Fi lovers.  It can be complicated to follow at times, but once you wrap your head around the concept it just plain works.  Rule of Mirrors is fast-paced, thrilling, suspenseful and loaded with amazing characters that you will both love and hate. This is also a great read for the younger YA readership as the romance isn't too heavy or 'graphic'.  I am really looking forward to book three to see how this all plays out, because it's been a pretty wild ride so far!


GiveAway:
1 copy of Vault of Dreamers 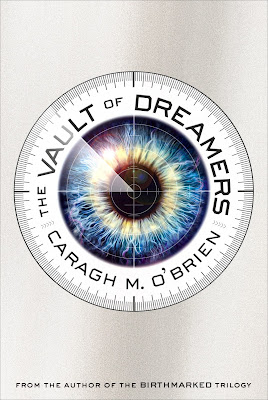 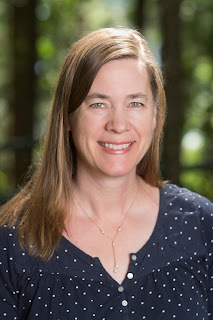 Caragh M. O’Brien is the author of the BIRTHMARKED trilogy and THE VAULT OF DREAMERS, both from Macmillan/Roaring Brook Press. Born in St. Paul, Minnesota, Ms. O’Brien was educated at Williams College and earned her MA from Johns Hopkins University. She recently resigned from teaching high school English in order to write young adult novels.