A Taste of Pleasure by Chloe Blake - Excerpt Spotlight and Giveaway

In A TASTE OF PLEASURE by Chloe Blake, chef Danica Nillson finds the perfect recipe for love. Set in Italy, Danica’s plan to keep romance out of her kitchen goes up in flames after one look at sexy single dad Antonio Dante Lorenzetti. Fans of BEST LAID PLANS by Brenda Jackson and A PRINCESS THEORY by Alyssa Cole will love this sensual but humorous opposite attract romance. 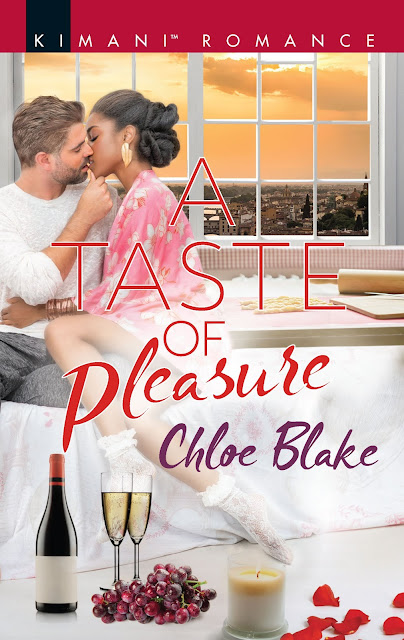 Italy is the perfect place for new career beginnings—at least that’s what chef Danica Nillson hopes. But one look at sexy single dad Antonio Dante Lorenzetti, and her plan to keep romance out of her kitchen goes up in flames. The millionaire restaurateur wants stability. Not unbridled passion that makes him lose his senses. Is this beautiful, talented and headstrong chef the one he’s been waiting for?

Dani picked her jaw up from the floor and froze. She couldn’t believe that Toni was standing in front of her, and that his first image of her since the wedding was like this—frazzled and sweating.

His voice washed over her and for a second she’d forgotten that they weren’t the only two people in the room, until one of the line cooks jolted her out of her head.

“Chef? The mazzancolle?” The young man slid a plate in front of her and scurried away. She looked down at the bright orange prawns, then back to Toni.

“What…how…what are you doing here?”

“I could ask you the same.”

Liam clapped his hands and steepled them as if in prayer. “But we have no time for reunions. Sir, please, my table.”

Toni’s curt nod was followed by a look Dani interpreted, as “we’re not done.” And by the aggressive way her blood was pumping through her veins, they weren’t done. Not by a long shot.

Dani turned back to her dish, but her mind was on the man that was opening the wine locker. How did he have keys to Marcello’s wine locker? More images of the two of them in Brazil had her sending out the dish with the server, then calling it back when she forgot the sprig of parsley. She needed to get it together. On a deep inhale she focused on the spices in the air again. Oregano, red pepper, sultry musk…huh?

Dani whipped around and there was Toni leaning against the stainless steel counter, his arms and ankles lightly crossed, smiling. He looked gorgeous, maybe a little leaner than she saw him last, but his facial hair was perfectly trimmed, his navy suit over the white T-shirt was impeccable, and his sandy-blond hair was just the right kind of messy.

Liam was shouting a thank-you to the heavens and waving around bottles of Lafite.

“How is this possible?” he said, his gaze roaming down her front, then behind her to the entrées at her back.

“You tell me. How do you have keys to Marcello’s locker?”

“We own this restaurant. How are you standing here cooking for my guests?”

“I came to visit Marcello. What do you mean we own? This is Marcello’s.”

“And his family’s. I am his nephew. How do you know him?”

“I was in London at school then.” Toni’s eyes narrowed. “How did this never come up at the wedding?”

Dani’s eyes darted around the room before she spoke.

“We didn’t do much talking.”

His wicked smile took Dani’s breath away. “No, I guess we didn’t.” He shook his head. “I can’t believe you are the one saving our asses.”

Enter to win a $25 Amazon Gift Card Plus Five-Runner Ups will win a paperback copy of A TASTE OF PLEASURE! 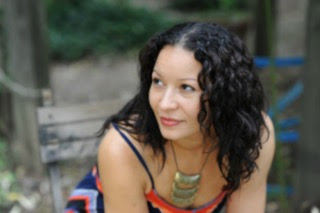