Fight For You by Nina Creeps - Release Week Spotlight, Excerpt, and Giveaway

Nina Crespo, author of the charming and sexy Forget You, is back with a sizzling romance that will have you believing in second chances, forgiveness, and learning to love despite the past.

In this second of the Kingman Brothers series, Aiden Kingman is reunited with the woman he mistakenly wronged seven years ago...and this time around, he’s determined to make things right in FIGHT FOR YOU by Nina Crespo out now! 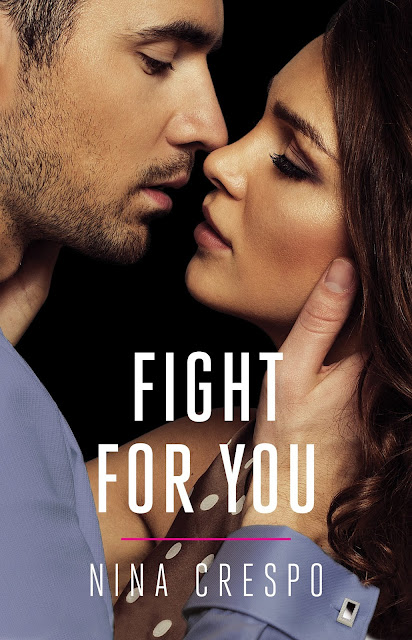 In this second of the Kingman Brothers series, Aiden Kingman is reunited with the woman he mistakenly wronged seven years ago...and this time around, he’s determined to make things right.

Seven years ago, Aiden Kingman had to choose between betraying Delanie Clark and her father or staying loyal to his father’s company. He chose his father—losing Delanie in the process—and he’s regretted it ever since. Now as CEO and partner in Kingman Partners International, he needs to finalize buying a retreat property, but there’s one major hold up: Delanie is the contract negotiator for the owner, and she doesn’t trust him.

Delanie and her father lost everything when Aiden’s father lied about his intentions for buying her family’s mountain retreat. She swore that she would never have anything to do with Aiden Kingman again. But now she’s facing him across the negotiating table, and sparks that had previously been stamped out reignite between them. When tragedy places the deal on the line, will they put their history behind them? Or will the deal cost them both their second chance at love?

Nina Crespo, author of the charming and sexy Forget You, is back with a sizzling romance that will have you believing in second chances, forgiveness, and learning to love despite the past.

Read the an exclusive excerpt from FIGHT FOR YOU:
FIGHT FOR YOU by Nina Crespo releases on July 9, 2018
www.ninacrespo.com
Copyright © 2018 Nina Crespo. All rights reserved.

Delanie pulled the sheet over her head as she lay in bed. She’d take anything to get rid of Aiden—a surprise zit on her nose, the tequila hangover of death, eighteen bad hair days—it would all be worth it just to get some peace.

The medicine the doctor had prescribed made her sleepy, but every time she woke up, Aiden was there, giving her water, handing her more pills, or hovering just outside the bedroom, waiting for her to come out of the bathroom and get back into bed.

But even in a drugged haze, she couldn’t ignore the obvious about him. Yesterday, he’d brought her lunch after he’d gone for a run. The black running tights and matching long-sleeved workout shirt he’d worn had molded to his torso and legs. He’d smelled like sweat—the good kind that made her want to run her hands all over him and grab his solid-looking ass.

Delanie glanced at the digital clock on the bedside table. He was usually in her room by eight thirty sharp, reminding her not to exert herself and stay in bed. It was almost nine. Was Aiden still working out? This was her chance to take an extra-long shower without him banging on the door, checking on her. Just as she swept back the covers, he walked in the bedroom, shirtless, carrying a breakfast tray.

“Good morning. Sorry, I overslept.” Heavy lids emphasized his hazel eyes. A morning beard framed the angles of his face. Black sweat pants rode low on his hips. As he leaned down to place the tray of food on her lap, warmth radiated from him, along with the faint scent of his spicy cologne.

No one wore just-woke-up sexy like he did. When they were together, snuggling had been her favorite thing to do with him in bed. Okay, maybe her second favorite.

He stood and rested a hand on his hip. From the shape of his cock, that bad boy was roaming free. “How are you feeling?”

Feverish and in need of an orgasm—stat.

“Good.” He gave her a lopsided grin. “If you need me, I’ll be in the shower in the spare bathroom.”

A memory she couldn’t stop roared in. Aiden in the shower at Clearmount. Head thrown back, with soap suds gliding down his shoulders, winding through the muscles of his torso and down his muscular legs as water sluiced over him.

Aiden calling her snapped Delanie partially back to the present. She had to blink several times to erase the conjured up image of him standing naked in the bedroom doorway. “Yes?”

He pointed to the bottle of pills on the nightstand. “Don’t forget to take your medicine.” 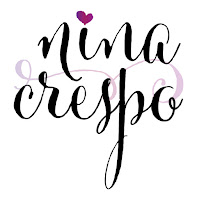 Nina Crespo lives in Florida where she indulges in her favorite passions—the beach, kickboxing, a good glass of wine, and dancing. Her lifelong addiction to romance began in her teens while on a “borrowing spree” in her older sister’s bedroom where she discovered her first romance novel. Curiosity about people and places, including what’s beyond the stars, fuels her writer’s imagination. Indulge in her sensual contemporary stories and steamy paranormal tales to feed your own addiction for love, romance, and happily ever after.


Need Nina? You can also visit her online at the following places: