What started as a game between friends turns out to be so much more in GAME ALL NIGHT, the next installment in the Gamer Boy series by Lauren Helms. Ruby Jacobs finds Link Witt opinionated, frustrating, charming as hell, and they’ll only ever be friends, but Link is ready to play this game for real, with no “game over” in sight. Fans of RS Grey and Penny Reid will enjoy this nerdy and flirty friends-to-lovers romance. 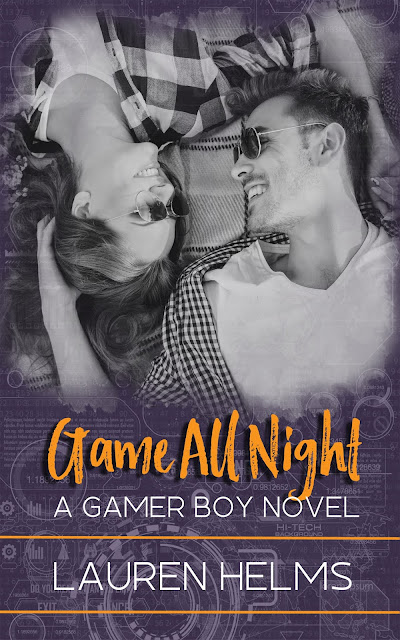 A game between friends...

That's all we are,

All we ever were.

But when I finally let myself go,

The only thing I want is him.

Despite how opinionated, frustrating, and charming he is,

But lately, we're powering up,

And playing this game just might destroy us for good.

Better than the game-less douche who gets to have her.

Too smart--if you ask me.

And now, I'm amped up for more,

Ready to play this game,

With no "game over" in sight.

** This book can be read and understood as a standalone but does contain minor spoilers for the first two books in the series. * 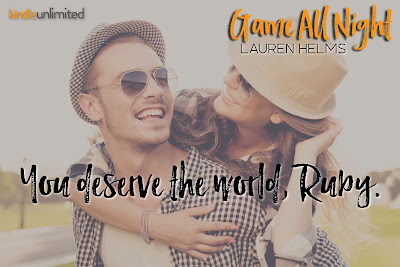 “You ready to meet my people?” I ask.

Yay, he seems really into this. Wonderful.

I grab his hand and lead him to the back room. When we enter, I notice that the table I just vacated is deep in conversation. As we walk to the table, I can’t shake the feeling of being watched. But no one at the table even notices us yet. As we approach, I hear them talking about the publishing house courting Dex about a book deal.

“Hey guys.” I get their attention. Morgan and Gia have big smiles on their faces. Dex and Simon on the other hand are assessing the newcomer.

“This is Mason,” I go around the table and introduce him. Before I’m done with introductions, Bernie pops in between the guys and introduces herself too.

Mason laughs it off, “I am. You’re one of the video gamers, I take it?”

“Sure am.” Dex still doesn’t ease his slightly scrutinizing demeanor. They make small talk for a bit. The girls trying to lead the conversation away from the tension the guys are throwing out. Don’t get me wrong, I’m flattered. I suspect this is exactly how my own brother would act right now. But while they are just meeting him, Mason and I aren’t new. I’ve been dating him for a while. It’s not like I don’t know him.

Simon excuses himself to get some refills for the table and as soon as they return, Link appears at the table. He doesn’t sit though, he stands. I could swear he’s puffing out his chest.

Mason slowly takes a drink before making eye contact with him, making Link wait as he lowers his cup to the table, and grasp his hand.

Link brings his other hand around and slaps Mason’s back, “Ah. Well it’s great to finally meet ya, Mace. I’ve heard almost nothing about you!” They drop each other’s hand at the same time I hear someone beside me snort.

Link just blows him off, pulls over a stool and starts talking his ear off. I mean, I guess this could have gone worse. Amber, who I didn’t notice before, sits next to Link looking bored out of her mind. Dex and Morgan excused themselves to go chat with their parents. And it seems like the rest of the table are enjoying talking to Mason.

“So, do you plan on working for ESPN or SportsCenter some day? Like, is your gig with WTSL just a stepping stone or are happy where you are?” Bernie asks. She’s adept at keeping the conversation going. She’s also got mad interviewing skills.

Mason snaps out a laugh, he looks a bit annoyed with the line of questioning. Which baffles me since he usually loves talking about himself.

“Well, I have what you call a career. A real job. So yes, I have long-term goals,” he replies.

“Excuse me?” Link and Simon say in unison.

“Well, correct me if I’m wrong, but don’t you just play video games all day?” he asks.

“Among other things, yes. But I get paid probably three times more doing what I do than you could even imagine. It’s a real fucking job,” Link bites out and damn, he sounds pissed. I’ve never heard him so angry before.

He laughs. Mason actually has the audacity to laugh right in their faces.

I gulp. I’m afraid to look at anyone but Mason right now. It’s clear that our nice, “getting to know the new boyfriend time” is over.

“Right,” he drags out the word. “Well, I guess we will just have to agree to disagree then.”

Link growls and I risk a glance his way. But, I’m not prepared for what I see. He’s not staring down Mason with fire coming out of his ears, ready to attack. No. My throat catches at the sight before me.

I’m absolutely embarrassed. You know when you’re a kid and you do something bad, and instead of your parents saying they are upset with you, they tell you they are disappointed? It makes it so much worse. That’s how I feel right now.

He’s looking at me with disappointment in his eyes. He holds my attention and I start to say something, to try and fix where this conversation just went. But I stop. He gives a quick jerk of his head. He clears his throat and pushes off of the stool.

“Well, I think that’s our cue to leave. See ya around, Mace.” Link looks to his left to where Amber is collecting her phone and purse. Somehow she still manages to look bored. He motions a quick goodbye to the entire table, avoiding my gaze entirely. Then he walks away.

You could cut the tension with a knife when Simon stands and turns on his heel. He stalks towards the table where Morgan and Dex are sitting. Gia shoots me a pleading look as she follows him. Bernie sits stock-still, worry sketched on her face.

I start to speak, but Mason beats me to it.

“Well, that went well. They all seem alright, but I’m not sure I like the cocky asshole.” 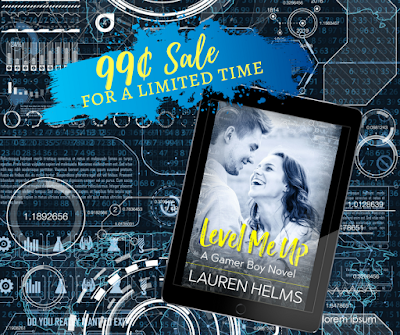 Don’t Forget About Those Other Hot Gamers!
Read now for FREE on Kindle Unlimited.


Enter to win a signed set of all three Gamer Boy books!
(Includes Level Me Up, One More Round, and Game All Night) 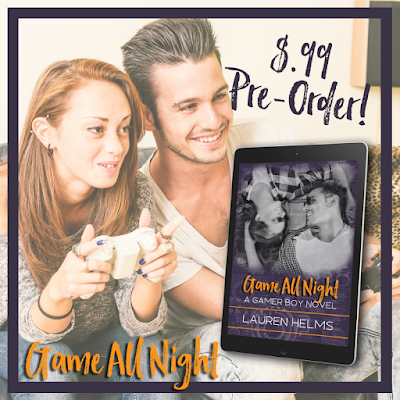 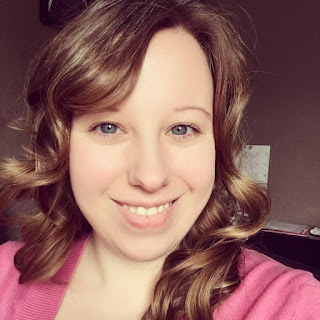 Lauren Helms has forever been an avid reader from the beginning. After starting a book review website, that catapulted her fully into the book world, she knew that something was missing. Lauren decided to take the plunge and write her first novel. While working for a video game strategy guide publisher, she decided to mix what she knew best--video games and romance. She decided to take the plunge and joined NaNoWrimo and a month later, she had her first draft.