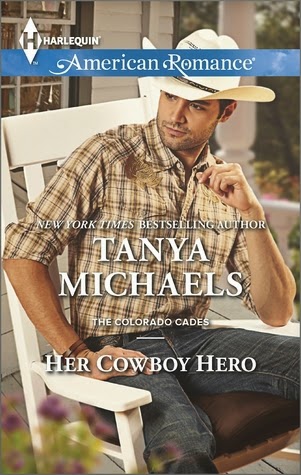 What kind of cockeyed Pollyanna is Colin Cade working for? Her porch is rotting, her "guest cabin" is cheerless and her land and livestock have only a geriatric cowboy to care for them. Yet Hannah Shaw is positive she can turn her ranch into a successful B and B--and that Colin's the man to make it happen.

But Colin can't stick around. He lives with the loss of his family by avoiding the memories, and the way he feels around Hannah and her young son is like a knife to the heart. Trouble is, he's better at ignoring his own pain than someone else's, and bright, cheerful Hannah has a heart as haunted as his own. She deserves to be happy--but could she really be with him?

First I want to say thank you to Author Tanya Michaels for sending me this book to read and asking for my honest review.  She did this, I think, with a bit of trepidation knowing that my usual romantic reads lean to the paranormal genre side, so I am especially honored that she would trust my opinion enough to ask me to do this.  That being said, here is what I thought.

I  truly enjoyed this book.  It is a calm, quiet read.  A book that you can easily curl up with and let the day drift away as you slip into the lives of  Colin, Hannah, Super-Ev (who I adored) and their friends and family.

That was totally me while I read this book, haha.

This is the third book in The Colorado Cades series, the long awaited story of older brother, caretaker, troubled soul, Colin.

"For Colin Cade, one of the chief selling points of his motorcycle had been solitude.  He preferred being alone, making it a conscious choice rather than a tragic circumstance, but that meant a lot of time in his own head.  Unfortunately, not even the Harley could outrun his thoughts.  Or his anger."

Colin is a man after my own heart, the brooding rough masculine type of man.  The type of man who rarely speaks but when he does everyone stops to listen.  He's a man trying to find an escape from the tragedy that has been following him for much of his life, trying to outrun love so that it can not catch him and destroy him once again.  Unable to cope with his past, he leaves it all behind, closing himself off from his family and friends and tries to forget while at the same time never allowing himself to let go.  But, stumbling across the widow Shaw changes everything, try as he might he can't find it in himself to walk away even knowing that staying means heartache.

"Crap.  It was her.  He'd imagined Mrs. Shaw would be a temporary solution to his problems, but now, meeting her earnest gaze, his instincts murmured that she posed far more threat to his safety than any rifle-wielding jealous husband."

Hannah, I think Colin has it right when he says she's  "...a hell of a woman..."  Hannah is a woman I can sympathize with, a woman I can visualize myself as being if the worst ever happened.  She is a take charge kind of person who will do what ever she needs to do to take care of herself and her son.  When giving up is not an option she takes matters into her own hands and fights to learn everything she can to make her dreams a reality, a take no prisoners kind of woman.

""You misunderstand.  Today, he's the one you rescued."    Hannah stepped inside, tossing one last beatific smile over her shoulder.  "Another ten minutes with that blowhard crowding me, I might have tasered his ass.""

That's the kind of woman I'd want to be in her situation.  I loved how she wasn't some weak doe-eyed heroine in need of being saved by a man.  Did she need Colin's help, hell yeah.  Could she have made it on her own in the end, make no mistake about it she would have. Plus she is a kick-ass baker, that alone wins her all the brownie (see what I did there?) points!

This is totally how I see her in my head (just give her ebony hair...or leave it red and pretend she's me, haha.)

And to top it all off she gave us Super-Ev, seriously could that little boy get any cuter.  Yeah, I don't think so.  He is just one rocking little boy who is going to have an amazing childhood full of adventures because his mom lets him explore, encourages his imagination (within reason) and he is full of all his moms spirit and bravery!

So what's my complaint?  Why was it only a 4 star read for me?  Well, it simply comes down to I wanted more.  Now I am pretty sure this problem comes from limitations the publisher puts on the author (book length, etc), so I can't really call up Tanya Michaels and start yelling at her (ahem, I think there is so much more to this character Mrs. Michaels, hint hint), but I wish she had delved into more of their lives.  I miss not knowing the ending to a lot of little things that went on...Did she by the horse? What happens with the Loomis family?  Does Hannah ever find out what happened with Super Ev's experiment in flight?  I almost think there could be another book for these two.  I'd like to see how the relationship plays out in the end.  How do things go with Evan?  Do they fix up the ranch?  Does it become a success?  What about the Reed family and does Evan ever ride Viper?

Even with out the answers to those question, which really aren't things we have to know, just my curiosity run amok, the book comes to a lovely conclusion and ends as wonderfully and calmly as it began.  It's a sigh worthy book, a book that leaves a pleasant smile on your face and a feeling of contentment for the characters in your heart.

So, if you love cowboys, if you love strong women, cute little boys, and a wonderfully told love contemporary love story then look no further.  I do hope if you give it a try you will let me know what you think and of course (as always) make sure to leave the author a review...that is the best thing you can ever do for them, whether good or bad (not mean, don't be mean, lol) they want (need) to hear from us and much as you want their next story! 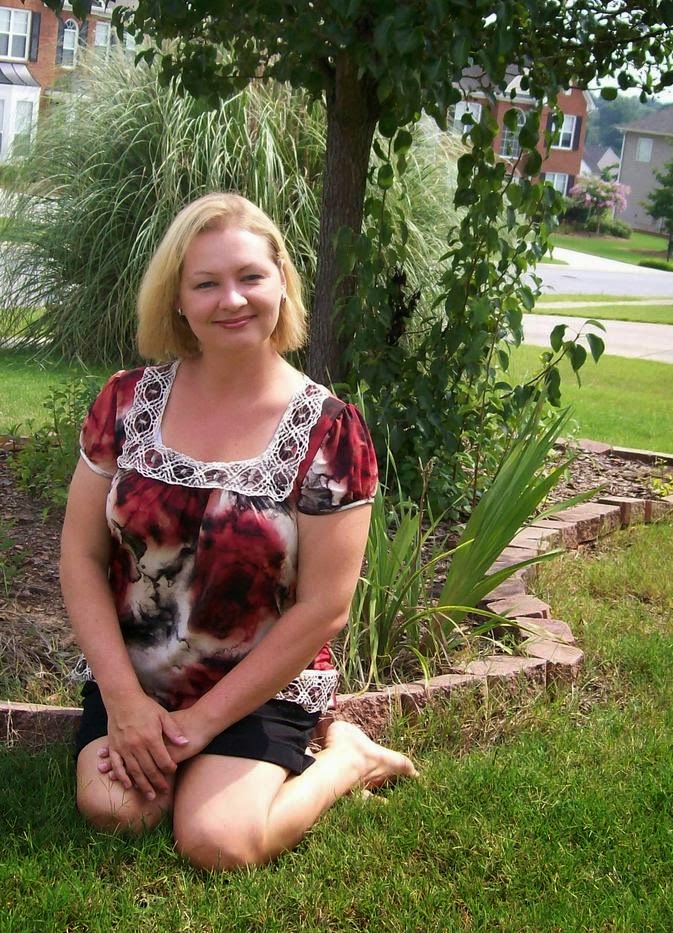 Tanya Michaels is an award-winning author of more than thirty romance and women's fiction novels, as well as numerous short stories and nonfiction essays. She is a four-time finalist for the prestigious RITA, awarded annually by Romance Writers of America, and was nominated for RT Book Review’s Career Achievement in Category Romance. When she's not speaking at reader events and writer conferences, she's at home in Georgia with her husband of fifteen years and their two highly imaginative children. For a glimpse into Tanya's chaotic daily life, as well as updates on her current books and TV show addictions, follow Tanya on Twitter.