One of my favorite things to do as a Blogger is introduce new books, especially through cover reveals. A cover says so many things, it will tell you what you can look forward to in the book, it can make you swoon and awwwww or give you a spine tingling reaction. The right cover will make you want to pick up a book even if you have no idea what it is about, they can also make you shake your head and wonder what the heck, ha.

I saw this cover for the first time this morning and instantly fell for it. I had to know more about it, I needed to know what it all meant...and then I read the synopsis!  Oh yeah, this is going straight to the top of my TBR!  I hope you will join me as I 'Fall in Love with Death' For thousands of years, Death walked behind the dark veil of the living, waiting to ferry the dead. That is, until the day that Death took a life for pleasure rather than duty. On that day, the first Reaper fell to Earth. Now, Reapers live among us, craving the taste of death, forcing them to kill to satisfy their immortal hunger. Giles Reid fell more than 300 years ago starving for the taste of death, only to find himself drowning in a sea of the living and blinded by a hunger that forces him to kill. In the centuries since his fall he has tried to be more human, desperate to live a life that makes up for what he is and the wrong he has done. Driven by his guilt over killing, he has chosen to feed only on evil; humans that have never been a threat to him but who are always a danger to others. That is, until the day he tries to feed on a human as strong, fast and cunning as himself; a human who, it turns out, has been hunting him. Now he is being pursued by the very evil he has fed on for centuries, embroiled in a deadly cat-and-mouse game, where friends and other Reapers connected to him are simply pawns on a chessboard waiting to be sacrificed. Giles is left with a choice, save the life of the woman he loves, the daughter of his mentor, or betrays her for his own survival.

To save the woman he loves, Giles will have to be the monster he is. 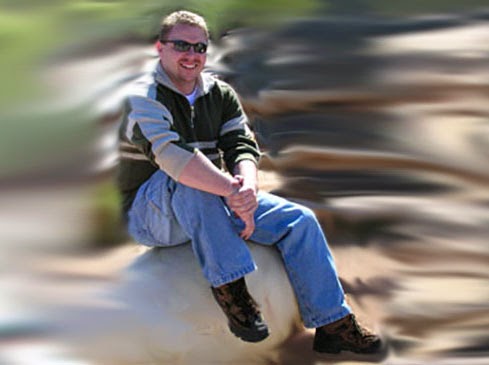 Stephen Cost was born in Wexford Ireland and raised in a small seaside town not far from Dublin.  From a young age he would spin dark tales and write them down for his own amusement.  At the age of 13 he moved from his home in Ireland to America and his love of dark American cinema took root.
He passes his free time, when not writing, by reading horror and fantasy genre novels in addition to watching science fiction and horror movies.
He graduated from University with a degree in Psychology and a minor in Sociology.  A computer engineer by trade, he specializes in integrated system services and uses the knowledge gained from his degree to write emotionally captivating urban fiction.

a Rafflecopter giveaway
Hosted by: