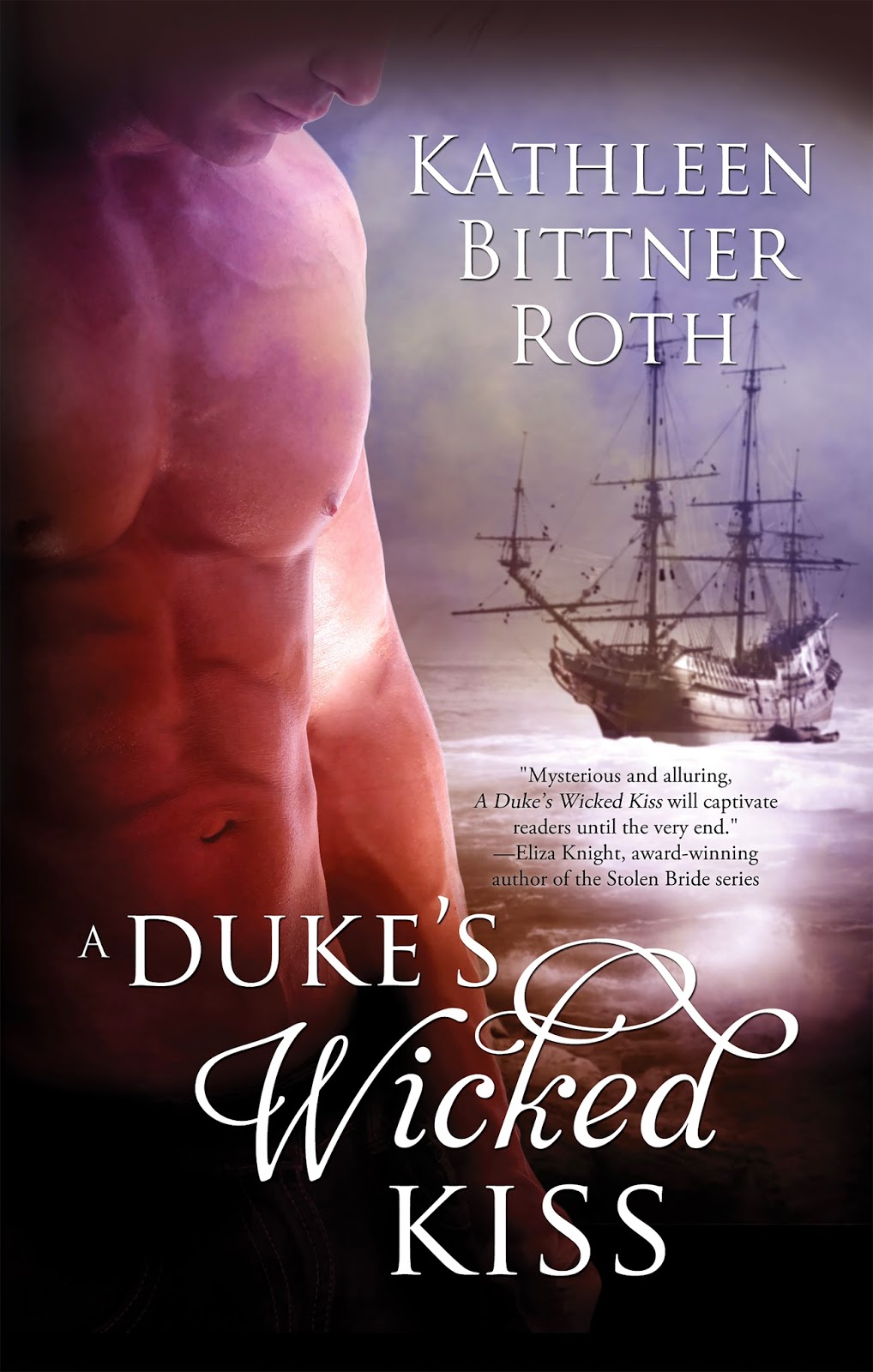 Miss Suri Thurston knows the pain of abandonment. Intent on confronting the grandmother who tossed her to the lions, she travels from England to her birthplace in India. Her plans run afoul when she encounters the man who, ten years prior, left a mark on her soul with one stolen kiss. But he is a duke, and far beyond the reach of even her dreams.

The Duke of Ravenswood, secret head of the British Foreign Service, has no time for relationships. His one goal is to locate and eliminate key insurgents involved in an uprising against the British East India Company before it's too late. But when Suri appears in Delhi, his resolve is tested as he finds his heart forever bound to her by the one haunting kiss they shared once upon a time.

With Suri's vengeful Indian family looking for her death, and insurgents intent on mutiny tearing their world apart, can their love rise above the scandal of the marriage they both desperately want?

~Let me begin by saying: Do not let the cover mislead you.  While there was ocean travel involved in the story (getting from England to India) it is NEVER truly part of the story.  I am unsure why there is a ship on the cover, this is NOT a naval historical romance in anyway.  ~

A Duke's Wicked Kiss is the gripping tale of Suri, the illegitimate half-caste daughter of a Duke and the roving son of a neighboring Duke, Lord John Fairfax, referred to from here on as Ravenswood.

I loved the beginning of this story, the private moment of two sisters laying about discussing Marguerite's (Suri's half sister)  Coming Out Ball and her unquenchable desire to have her first kiss. It is simply a fun and sweet moment between two loving sisters.

"Blast it all, ladies do get kissed the do not do the kissing." -Suri

While the girls are both relaxed and seemingly carefree this first chapter truly (as it should) sets the stage for the entire book.  We see Marguerite's worries over marrying (the desire to marry for love not title), we feel Suri's hurt over her maternal grandmother's abandonment, her fear and desires for her future,  and also the love she has for her family particularly her father and half sister. Of course Most importantly we meet the charismatic Ravenswood and touch on the chemistry between he and Suri.

"Ah my dear if I am to serve both of you ladies well, then I must insist on showing you the improper kiss, the kiss that would cause scandal, the kiss that should you be caught unawares, could lead to your ruin." -Ravenswood

In fact let me just stop and read this entire chapter again quickly.

I know I know....but it went something like this...only longer and steamier. You can't blame me for stopping to read it again can you?

Now here we are ten years later, nothing but dreams and unfulfilled desires left of Ravenswood and that fateful day in the stables.  Suri travels to India under the guise of visiting her sister, while her true desire lies in meeting the grandmother who so callously threw her to the wolves.  Under the impression from her sister (Oh Marguerite!) that she will be in the company of THE Duke of Ravenswood, she is shocked to find that the rakish Duke who lead a pet cheetah around in an emerald encrusted collar is none other than 'HER' Ravenswood!

Without giving away too many details the remainder of the book is full of intrigue, action, heartache (yes, I know...cries), hidden desires, and romance.  I enjoyed the play between Suri and Ravenswood and I am absolutely Team Lady Shahira!   The visuals Kathleen gives us throughout the story leave you almost able to smell and hear the sounds of India while you read.  She truly draws you in to this magical place and I absolutely want to try wearing a Sari one day.  *grins*

I will admit that at times I found myself frustrated with Suri (but then when don't we occasionally want to shake a character), her absolutely fixation on finding her grandmother against the will of everyone.  Her naivety about people around her, and inability to listen to reason even when she knows danger is near and near not only to her but to the people she loves. Even with these frustrating characteristics she is a strong heroine and when the times come she holds her own.  Ravenswood, well there are simply very few words.  He is simply who he is and he makes no apologies for that.  He is a man that has endured much heartache, a man that locks himself away, but considering his history it is understandable.  There are several other characters in the story, Trent,  Marguerite, Edward...I want to know more and I hope to see more of them in upcoming stories.  Trent is just someone you MUST learn more about, Marguerite I want more for her, and Edward oh Edward!

If you love Historical Romances this is a great read I definitely suggest picking it up!

For the first time in nearly three years, desire washed through John’s veins. The object of his prurience stood before him, her emerald eyes unblinking, and set squarely upon him. Her hand splayed across creamy breasts rising and falling with each fluttering breath. Now, if those were his fingers laid upon those luscious—


At his abrupt mood shift, the cheetah ceased her churring. He reached down, gave the cat a solid stroke along her back, and then marched past Suri. He didn’t know what else to do.


Since Lady Marguerite never failed to seat him to her left, he strolled into the dining room, and to the far end of the table in a manner that no doubt shouted arrogance to the others. Surely, her sister would sit at the other end, beside Chatham.


There was Miss Thurston’s place card, directly across from his, her name clearly spelled out in gold on either side of the card. Oh, hell.


He’d known she would be here tonight—her arrival in Delhi was what this dinner was about for God’s sake. But his reaction, a steady pulse of need in his veins, had caught him unawares.


He hadn’t had the slightest notion she would stir this kind of response in him. Not after all this time. Ten years ago, she’d had an intoxicating effect on him. Potent enough for her father to have barred him and his brother from ever stepping foot again on Thurston land once he’d heard what went on in the stable.


The guineas he'd slipped to the butler for a printed invitation to Marguerite's coming out the following evening had sealed his fate. The servant had reported him to her father, and then had the nerve to keep the coin. Bloody bastard.


His imprudent action in the stable had cost him and his brothers the best resource for horse flesh in all of England. Not to mention it had taken him months to get past seeing Suri every time he bedded a woman. Finally, he’d managed to move beyond the idea that half-caste or not, she was meant to be his. Eventually, reluctantly, he’d tossed the incident off as youthful rutting. But one look at her after all this time, and he was transported back to the stable. Her taste—sweet as ripe cherries—swept across his tongue.


Blast it, this wouldn’t do! 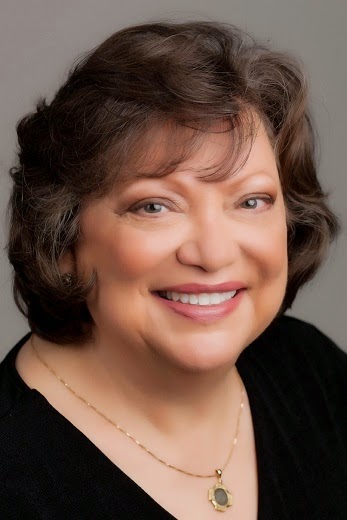 Kathleen Bittner Roth creates passionate stories featuring characters faced with difficult choices, and who are forced to draw on their strength of spirit to overcome adversity and find unending love.
Her own fairy tale wedding in a Scottish castle led her to her current residence in Budapest, Hungary, considered one of Europe’s most romantic cities. However, she still keeps one boot firmly in Texas and the other in her home state of Minnesota.
A member of Romance Writers of America®, she was a 2012 Golden Heart® finalist.