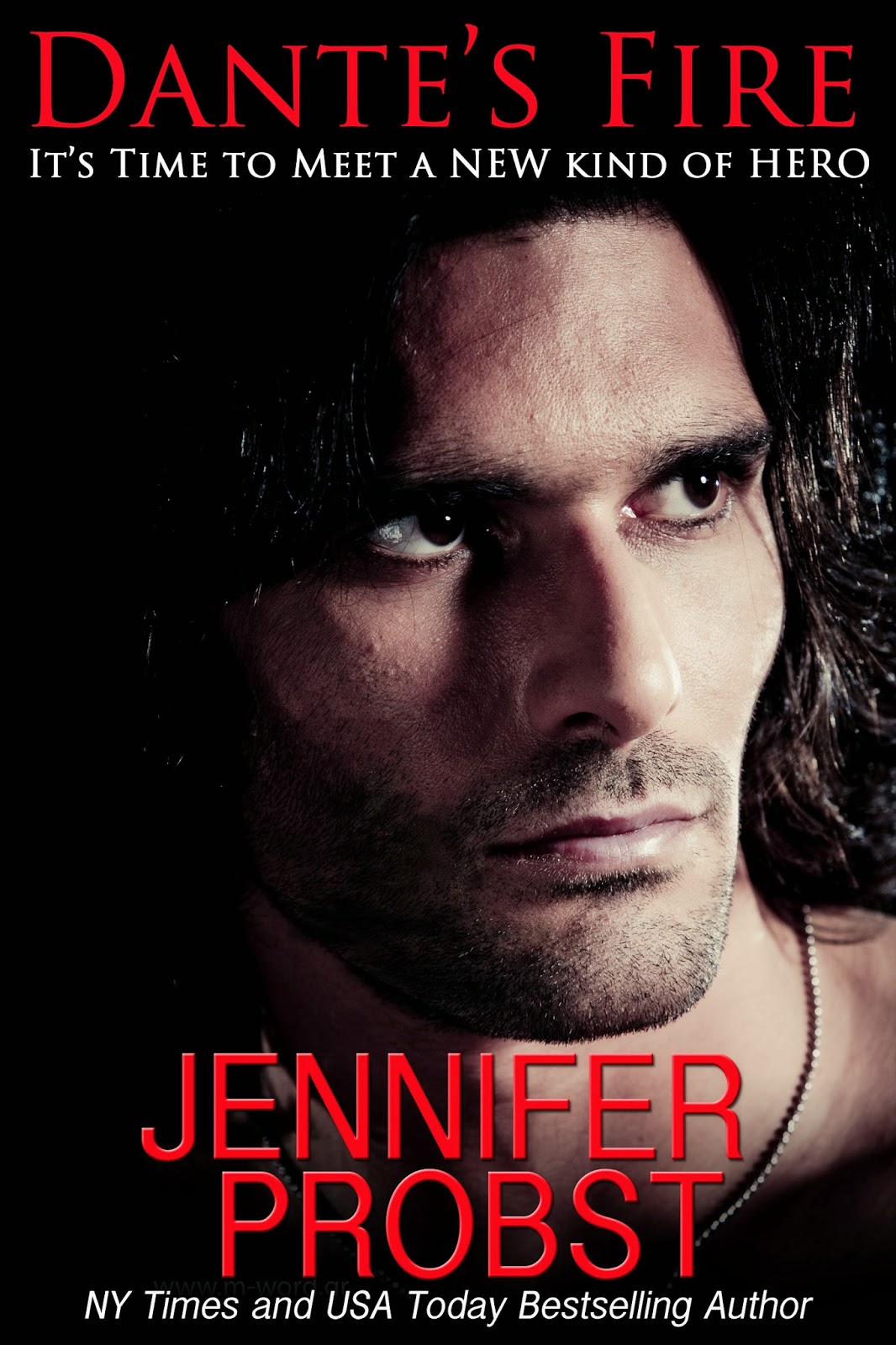 Selina Rogers has made a name for herself at Inferno Enterprises. She's tough, confident and prepared to succeed. She's also built a world she believes is safe, until she's attacked and then saved by a masked stranger. As he helps her heal physically and emotionally, she becomes fascinated by his overwhelming power and gentle touch. Determined to show Dante the love he's been denying himself, Selina surrenders her heart, and dreams of a future with the mysterious man who completes her.

But will his dark legacy destroy them...or save them both..

Dante Stark carries a secret that forces his hand in the matters of love.  He fears he will always be alone, unable to form any lasting relationship with anyone other than his best friend Chase.  His secret?  He's a new kind of super hero, not immortal, not invincible, just a normal man with normal desires who has a special ability.  An ability that sets him apart from the world and although he is saving and changing lives he is barely living his own.

"Dante dragged in a breath and leaned his forehead against the smooth glass.He couldn't do this to himself any longer. Or to them. He needed to accept the truth about his destiny.  He would always be alone. It was safer. Kinder. No more hurt or false promises. No more lies. Loneliness, yes. But loneliness he's always been able to handle."


The walks in Selina Rogers, a hardworking, dedicated woman who has brought herself up from a challenging past.  She finds herself working at Inferno Enterprises and becoming friends with mail room clerk....Daniel Stark, superhero and secret owner of Inferno Enterprises.

~Okay so it isn't really shocking, I just wanted to use a superhero gif in here some where *wink*~

Over the next two years of working at Inferno Dante (Daniel) has watched her slowly, falling in love with her but too afraid of all his secrets to do more than be her office friend.

"She was a hell of a woman.  What intrigued Dante the most was her heart."

Until one fateful night brings them together only it's not him as Daniel, but as the masked hero,his true persona, Dante.

I think my favorite thing about this book is that while Dante is the typical alpha male, he tends to a more calm, quiet, soothing side.  Is he going to tell you what to do, yeah but he's going to do it in such a way that he makes you feel content and cared for.  Also I like that this isn't really some rushed 'hey I have just met you and now I love you and would die without you in my life' romance.  While there is some aspect of that due to the dual nature of  Dante, we know for him he has fallen for Selina over time and we have to assume that before Selina truly recognizes Dante for Daniel she knows, deep down she knows.

I will say that only two things really bothered me about the book: One there were times when things felt a bit rushed.  I could have really delved deeper into Dante's story and the history of his abilities, but perhaps we will get that in the coming books. Two, I struggled with some of what Dante is required to do because of his abilities.  I wonder how close is too close and how fast is too fast  when trying to help someone heal from such a horrifying event.  I don't want to give anything away by telling you about his abilities or the people he helps and while I question some of what he has to do I think that it is all handled with grace in the book.

If you are looking for a paranormal romance with a twist you haven't come across yet I think this is a great book to give a read.  It's truly something different and I look forward to reading Chase's story and learning more about this new group of superheros.

Jennifer Probst wrote her first book at twelve years old. She bound it in a folder, read it to her classmates, and hasn’t stopped writing since. She took a short hiatus to get married, get pregnant, buy a house, get pregnant again, pursue a master’s in English Literature, and rescue two shelter dogs. Now she is writing again.