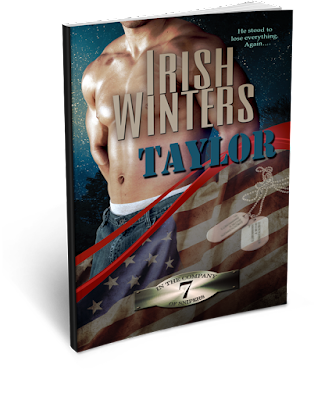 He’s had enough… Stoic ex-Marine, Taylor Armstrong, survived his arrogant father, USMC General Michael Armstrong, and one too many deployments in Afghanistan. Battered and disillusioned with life, he’s built a wall to keep the world at bay. His rule is simple: a man can’t lose a friend he’s never made. It works—until an arrow rips into his chest and changes everything he knew about his father. His mother. Himself…. She’s never given up hope… Gracie Fox has loved Taylor since the fateful day he was ripped from her life as a four-year old. But he has no memory of her or his mother’s rich Native American heritage. Neither is he aware of the loving family that was forced to give him up. It seems he’ll never know—until an ancient rite of revenge, the blood hunt, collides with his carefully structured life. Gracie seizes the chance. She’ll do anything to help him remember.... Even tie him to her bed.

You all know that In the Company of Snipers is one of my favorite romance series out there.  I love the heart of all of Irish's Hero's, their struggles and triumphs, their fight to come home from war and blend back into society.  I have ached with them, cried with them, railed against the injustice of it all as I watched their worlds evolve and change while they struggled to move forward.  I have seen beautiful strong women come into each of their lives and bring them back from the brink of madness, despair, and heart ache.  I have watched these couples fight, kill, and cry for one another.  I have watched them love and hate and I have loved each of them for it.  Their stories touch our souls and I hope encourages each of us to consider the Soldiers around us.  Are the stories in this series exaggerated or a bit over the top, yes, but that is what makes them entertaining.  What isn't exaggerated is the feelings and issues that these Soldiers bring back with them and I adore that about Irish's characters.  The feelings are raw and real and they suck you in and make you think and feel.  Taylor's story while a bit of a departure from the original feel of the series was for me still no less emotional or raw.

While Taylor does have challenges that come from his time in the service it felt like he had a better control over his 'demons' from that time than our past Heroes.  Now I think that is simply because he had a life time of misery to live before he ever stepped foot in a combat zone.  Taylor is a scarred man, his childhood has left him feeling broken, unworthy, and unlovable.  He made me want to let go of Harley long enough to wrap him up in my arms with a kiss to his forehead and softly whispered words of praise in his ear...and if someone can get me to let go of Harley you know it's serious.  *wink*

I feel like I say this a lot with Irish's books but I don't want to go into too many details about the story itself because there are so many pivotal points where things shift and change that if I give you details it could ruin the story line and the suspense.  Talking of suspense, this book is chock full of it, right from the first few pages.  I have to admit that those first few pages had me confused.  I kept trying to figure out what was going on.  Did I forget something from the last book, Rory?  Did, I miss a few pages?  No, Irish just plain threw me right to the wolves with this one, haha.  If you are expecting a slow build up, forget it, this story starts out full throttle and doesn't really slow down until the final pages.

Let's talk Gracie.  I loved Gracie.  I loved that this is a woman who takes her promises and duty seriously, a woman who has this amazing heart that is open so wide to everyone that you can't help but fall in love with her.  She is a gentle soul that will fight to her last breath for those she loves and she won't give up.  She is exactly the woman Taylor needed, a woman that won't let him quit, a woman that can prove that he is worthy of love, that he was worthy of waiting for.  One of my favorite things about this story is that we really got to know Taylor and Gracie as a couple.  We have these beautiful moments of history between the two of them that will make you heart melt.  Their love is not a fast paced fall into bed kind of love, but this simple, quiet, beautiful love built on the solid ground of history and the promise of the future.  I promise it will make more sense as you read the story but with these two characters you can truly see their spirit through out the book and with their history I think that is so important to this story.  Their spirits move throughout the entire book and even though it is full of heart breaking moments and suspense there is this calmness that just washes across you and centers you to these two main characters.  The fact that Irish was able to evoke that feeling from me leaves me in a bit of awe and I have to wonder if she felt this quiet sense of peace as she wrote the words.

Final note before I begin to wax poetic...I was so glad to see Alex back strong in the forefront of the story.  He is always there in the back ground, but I really felt like in this story he was a true presence and I think we needed his assertive personality to balance out the other characters, particularly Taylor's dad, who should be glad Taylor found Gracie and not me, because General, you'd have likely found an arrow in your chest a long time ago...just saying.  I also loved the appearance of past characters and future ones, hellooooo Gabe.  I'll end by saying that anyone that could make me almost want to unwrap myself from Harley is worth some of your time and Taylor, he's a contender!

This is a great read for anyone looking for a sweet romance with a complex hero, a determined heroine, and a suspenseful and heart wrenching story.  It's not a overly difficult read but as with many of these books there are tough moments, ones that will bring tears to your eyes. This one is no exception and one part of the story line in particular can be tough to get through. Your heart will truly ache for the White Hawk family, but it is pivotal to the story line and Irish does the family and the story justice.  Taylor can be read as a stand alone but the epilogue will give away a few spoilers if you haven't read the series from the beginning so go in with caution if you choose to start here. 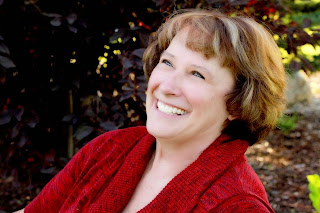 Irish Winters is an award-winning author who dabbles in poetry, grandchildren, and rarely (as in extremely rarely) the kitchen. More prone to be outdoors than in, she grew up the quintessential tomboy on a farm in rural Wisconsin, spent her teenage years in the Pacific Northwest, but calls the Wasatch Mountains of Northern Utah home. For now. The wife of one handsome husband and the mother of three perfect sons, Irish divides her time between writing at home and travelling the country with her man while - writing. (Seriously, what else?) She believes in making every day count for something and follows the wise admonition of her mother to, "Look out the window and see something!"


To learn more about Irish and her books, please visit www.IrishWinters.com. 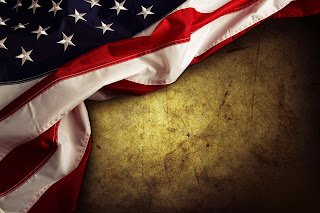