Trust us - you do not want to miss getting your hands on Storm and Everly's story.

Find out more about INKED EXPRESSIONS below and pick up your copy now!

The Montgomery Ink Series from NYT Bestselling Author Carrie Ann Ryan continues with the brother who keeps his secret and the one woman he shouldn’t want.

Everly Law married the love of her life and on the eve of giving birth to their twins, lost him in a tragic accident. Now she’s a single mother working overtime at her bookstore trying to make sure her boys have the life they deserve. Her life is busy enough without her adding dating a Montgomery. As past secrets come to light, she’ll need Storm more than ever—even if she doesn’t realize it.
Storm Montgomery has spent his life atoning for sins that only few know he’s committed. When he lost his best friend, he promised his widow that he’d always be there for her—even when she wanted nothing to do with him. But when a single touch ignites passions they’ve both buried deep inside, he’ll have to remember exactly who is in his arms and that taking chances might be far more dangerous than they bargained for.

Get a Sneak Peek at INKED EXPRESSIONS

Instead of heading home like he probably should, Storm went to Everly’s kitchen and got out a couple of mugs and packets for hot cocoa she kept around for the boys. This late, he knew Everly liked chocolate with extra marshmallows rather than coffee, and he wanted to get something warm in her before he left. By the time she came into the kitchen, he had two steaming mugs of hot cocoa on the counter and a can of tomato soup on the stove. It sounded like a gross combination, but it was the only soup he could find that didn’t have pasta shapes. “You didn’t have to do all of this,” Everly said, her arms wrapped around her middle. “I know, but I wanted to.” He didn’t know what else to say, so he handed her a mug. “Thank you.” She took the hot cocoa from him and wrapped her hands around the warm ceramic. “I don’t think I’m fully processing yet.” “You don’t have to process yet. You need to get warm and get some sleep. You can deal with things and figure out what you need to do tomorrow.” He let out a breath. “I’m just so fucking sorry, Ev.” She met his gaze, her eyes filling with tears. “I hate to cry. I hate it. And yet all I seem to be doing lately is crying.” Storm cursed and set down his mug then pulled hers from her hands. He cupped her face, and she stiffened. “Your store just burned to the ground, and it looks like arson. Cry, Everly. That’s okay. You’re allowed to.” She pressed her lips together, a single tear falling down her cheek. He brushed it away with his thumb, and her eyes widened. When she took a step back, he knew it was for the best. Before he could say anything else, she frowned and picked up her purse from where she’d set it on the kitchen table. “There was a note.” He froze. “A note?” She pulled a piece of crumpled paper out of her bag. “I don’t know if I picked up the envelope since I just threw things in my bag as I ran out, but I got this letter today. It was addressed to Jackson, so it’s not connected to this I don’t think, but it’s still weird.” She handed it over to Storm, and he frowned. I’m still waiting. “Huh. We should show this to the cops just in case.” Everly blew out a breath. “I have no idea what I’m going to do.” He set the note down on the table and pulled her close. “You don’t have to know yet. But I’m not letting you do it alone.” He’d promised himself he’d always be there for her, and yet he hadn’t been enough. He still wasn’t enough. She wrapped her arms around his middle, and he slid his hand up and down her back, calming himself as much as her. When they pulled away from each other a few moments later, their faces were only a few short breaths apart. Almost as if he were someone else, as if he didn’t know the consequences, he lowered his head, brushing his mouth along hers. She froze for the barest moment before pressing her lips against his, the pressure a sweet agony he couldn’t comprehend until it was too late. When his tongue slid along the seam of her lips, she opened for him, their breaths mingling, their bodies pressed tightly together. He almost deepened the kiss until he realized what the fuck he was doing and pulled away, his body shaking. “Fuck. I’m sorry, Ev. I’m so fucking sorry.” She blinked up at him, confusion clear on her face. He didn’t let her speak, didn’t let him say another thing. Instead, he brushed past her, trying to get himself under control and fled from her house. He’d kissed his best friend’s wife. His dead best friend’s wife. There wasn’t a level in hell good enough for him. He’d burn, and he’d deserve it. And yet… and yet he knew he’d never forget the softness of her lips, the taste of her tongue. Yeah, he would burn. 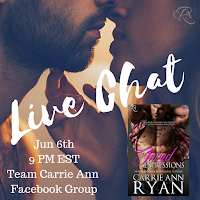 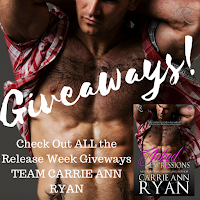 Who is your Montgomery Ink hero?
Take the quiz and find out!

Which Montgomery Ink heroine are you most like?
Take the quiz and find out!