I am so pleased to be helping with the cover reveal of Livia Blackburn's Rosemarked.
Rosemarked is a YA Fantasy that releases
7 November, 2017
from Disney-Hyperion 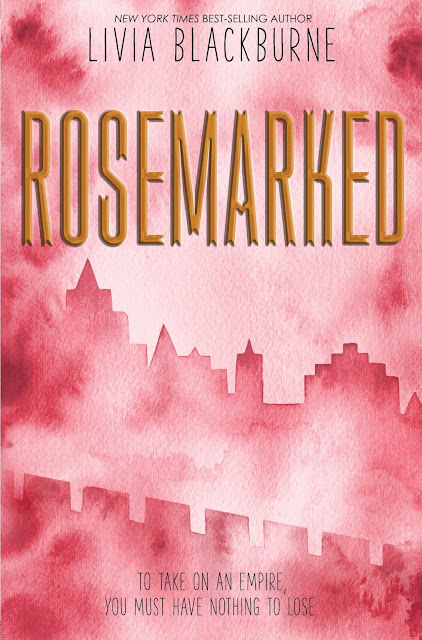 When Zivah falls prey to the deadly rose plague, she knows it’s only a matter of time before she fully succumbs. Now she’s destined to live her last days in isolation, cut off from her people and unable to practice her art—until a threat to her village creates a need that only she can fill.

Broken by torture at the hands of the Amparan Empire, Dineas thirsts for revenge against his captors. Now escaped and reunited with his tribe, he’ll do anything to free them from Amparan rule—even if it means undertaking a plan that risks not only his life but his very self.

Thrust together on a high-stakes mission to spy on the capital, the two couldn’t be more different: Zivah, deeply committed to her vow of healing, and Dineas, yearning for vengeance. But as they grow closer, they must find common ground to protect those they love. And amidst the constant fear of discovery, the two grapple with a mutual attraction that could break both of their carefully guarded hearts. 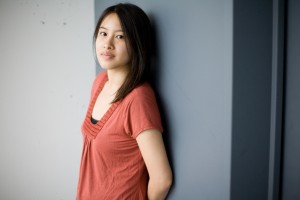 New York Times bestselling author Livia Blackburne wrote her first novel while she was a PhD student at the Massachusetts Institute of Technology, where she conducted research on the neuroscience of reading acquisition in children. Upon graduation, she switched to writing full time, which also involves getting into people’s heads but without the help of a three tesla MRI scanner.

10 Things About Me:
I write fantasy. Most often YA fantasy, but sometimes I branch out.

I was born in Taiwan, raised in Albuqurque, and spent my twenties in Boston, where I earned an A.B. in Biochemical Sciences from Harvard and PhD in cognitive neuroscience from MIT.

I started my debut novel Midnight Thief in high school, because writing a novel was the only way I could get out of the mandatory camping requirement. I finished about 60 pages. They were 60 awful, awful pages.

I finished Midnight Thief 12 years later, because writing a novel was the only way I could keep my sanity while conducting my doctoral research. This time, I got to 370 pages, and they were much less awful than the initial 60.

I write a blog about psychology and neuroscience for writers. You can check it out here.
Like every good Asian kid, I played the piano as a child. I don’t do that as much anymore, but I still love to sing and dance.

When I wanted sweets as a child, my mother would give me one M&M. I thought that was normal, and to this day, have very low tolerance for sweets. One bite of chocolate bar, half a scoop of ice cream is about all I can take.

If I had to choose one author with the biggest influence on my reading and writing development, it would be Tamora Pierce.

Some of my favorite books: The King of Attolia by Megan Whalen Turner, Plain Kate by Erin Bow, Code Name Verity by Elizabeth Wein, The Lies of Locke Lamora by Scott Lynch, The Scorpio Races by Maggie Stiefvater.
Posted by Malissa at 10:00