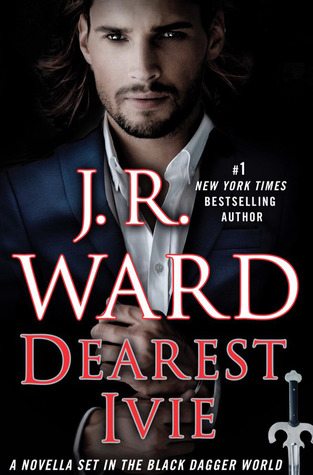 
In an exclusive ebook novella set in the world of the Black Dagger Brotherhood, #1 New York Times bestselling author J. R. Ward tells the story of a fiery couple . . . doomed by an undeniable passion.

The last place Ivie expects to be approached by a devastatingly handsome male is in a crowded, smoky cigar bar rarely frequented by vampires—yet here he stands. Silas is flirtatious, gallant, and, above all, mysterious. Ivie is anything but. A nurse at the healer’s clinic and the daughter of a biker, Ivie is accustomed to speaking her mind. So she does. Since aristocrats rarely pick up females of her class, Ivie asks Silas just what kind of game he thinks he’s playing.

Despite her guarded exterior, Ivie surrenders to the fierce desire she feels for Silas. And yet, just as their courtship is heating up, he reveals that it cannot last, for he is bound to return to the Old Country. Their bond only deepens as they make the most of their precious time together. But when she learns the truth, Ivie must find a saving grace—before all is lost. . . .

So honestly, as with most novellas there isn't much I can say about this book because I don't want to give anything away.  I thought on this all night, in fact three days after reading it I was awake all night thinking about it.  Thinking about exactly what I would say that would convince you that Dearest Ivie is a book that needs to not only be in your hands but on your shelf.  I was laying there trying to think of something other than "It's a J.R. Ward book, DUH!" and I came up with two simple but I think moving and motivating points.

1. Dearest Ivie is an extremely emotional read, I cried big fat tears...that quiet encompassing sadness kind of cry, the kind that moves you down to your very soul.  Wait, don't run off yet.  Why is that important?  Well because often times when you get into an author who has a large volume of books with in a single series or world things can get mundane, redundant, less...but with Dearest Ivie I truly felt connected to these characters and both their struggles and their love.  I think that this is one of those rare cases (when it comes to large series) where the author is writing a book that is truly from her heart.  It is't a book to keep you up to date on characters, it isn't a book to move along a plot, it isn't a book to give the readers anything really.  This is a book, a story, that the author simply had to tell.  I don't know if it is because of a personal connection to the storyline (if so...prayers and well wishes) or if it is simply a story that spoke to the author late in the night and said, I need my voice heard, I need people to know that in love their is hope.  I don't know the reason for the story I am simple glad that J.R. Ward gave it to all of us because in it's pain and sadness there is beauty and hope.

2. So this point comes to you because I have seen several readers mention that they felt like there was no reason for the story (see above) because it doesn't move along the BDB storyline and there I have to argue.  I think (and this is all just my midnight pondering) that there is a very large and perhaps surprising move happening here for the BDB storyline.  I think that underneath the beautiful story of Ivie and Silas there is another story.  There is a story of perhaps redemption, a set-up for the unlikeliest of possibilities.  I think this is Haver's new beginning.  Yes, I said it HAVERS!  This is a look at a Havers we haven't seen.  This is a look at a man with a deep conscious and desire to serve and help his race.  This is a look that says...I have been horrible, I have caused pain, I have been cruel, but I am possibly more than has been seen and now I want you to see the REAL me.  Think on that!

Sufficed to say I ADORED this book.  Days later I am still moved by it, still pondering it, still re-reading passages.  If you are a fan of the Black Dagger Brotherhood do not pass this one up, especially if your reason is that you don't think it has anything to do with BDB (see above), pick it up simply because it is truly a beautiful love story! 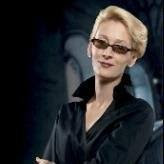 J.R. Ward is the author of over twenty novels, including those in her #1 New York Times and USA Today bestselling series, The Black Dagger Brotherhood. There are more than 15 million copies of Ward’s novels in print worldwide and they have been published in 25 different countries around the world.

After graduating from law school, Ward began working in healthcare in Boston and spent many years as Chief of Staff of one of the premier academic medical centers in the nation. She lives in the south with her incredibly supportive husband and her beloved golden retriever. Writing has always been her passion and her idea of heaven is a whole day of nothing but her computer, her dog and her coffee pot.

Visit the JRWard Facebook page for more on the Brotherhood or email her at jrw@jrward.com.