Waiting for You by Kate McBrien - Excerpt Reveal

Do you believe love can transcend time?

Contemporary Romance author Kate McBrien returns with the next installment in her steamy Indigo trilogy!

After hiding out at her parents’ house in Los Angeles, Lucy jumps at the chance to deliver the Varangian Cross to London in order to be reunited with Justin. But with their passion renewed, their nightmares have also returned and are feeling more like memories than dreams. The time has come to find out the truth behind their connection. 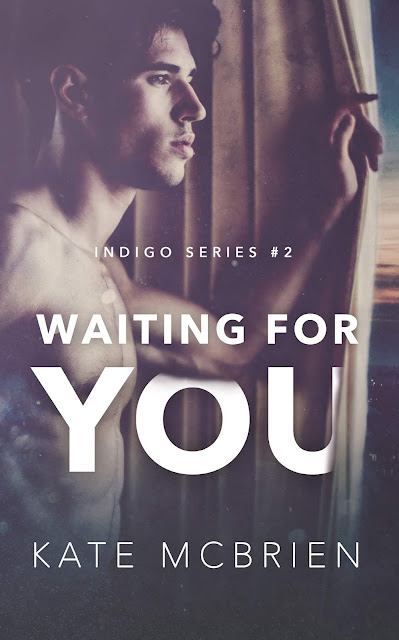 
Do you believe love can transcend time?

It's only been a week, but Justin is miserable waiting for Lucy to contact him. He's back in London for Indigo's concert series and needs to get his head in the game, but his heart is back in America.

Stuck hiding out at her parents' house in Los Angeles, Lucy is consumed with doubt and regret about her decision to stay behind.

When the Varangian Cross is sold to a private buyer in London, Lucy jumps at the chance to deliver the cross to the new owner and maybe reconnect with Justin.

Lucy arrives in London in time for another roadblock to their relationship: a serious allegation has been made against Justin, and the paparazzi are in overdrive, forcing Justin under cover just to make it through the concert series.

Finally reunited, their passion is renewed. But their nightmares have returned and are feeling more like memories than dreams. It’s time to find out the truth behind their connection.


Waiting for You is the second book of a contemporary romance trilogy.


Note to Readers: This book contains scenes which may be triggering to survivors of sexual violence. 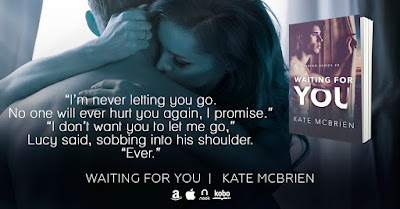 “Okay, once more from the top.” John counted off before playing the introduction to a new song.

Justin counted the beats in his head and looked up from his guitar. They were rehearsing in the legendary Abbey Road Studios. It was a spacious studio with honey-colored hardwood floors set in a herringbone pattern, with upholstered walls covered in reds and golds.

After a few bars of the acoustic guitar and piano, Justin sang a song he wrote for Lucy. Inspired by a dream he had after leaving California, it was the most romantic song he had ever written.

He lost himself in the music while playing his guitar and singing. He and Lucy watched a sunset turn into a deep indigo night sky as he shared his feelings for her. He had this dream the day after he left California and it had shaken him to his core. But unlike his earlier dreams of violence and the need to protect her from harm, this dream was more realistic than any of the others.

Justin closed his eyes, focusing on the lyrics about holding Lucy in his arms. His dreams had always been highly realistic, but this recent dream was more like a memory. It stimulated all his senses. He could not only feel Lucy in his arms, he heard the sound of male voices singing in the background and the sounds of a city below, as if they were on top of a building somewhere. The air was warm and full of exotic scents that he couldn’t identify. He shuddered as this familiarity washed over him. It was impossible. He had never shared a night like that with Lucy. As the song ended, he was exhausted and miserable.

“That was marvelous,” Graham said from the recording booth. “Let’s wrap it up for tonight. I’m feeling generous, so let me take everyone to the pub.” It was no surprise Graham was in a great mood tonight. He didn’t like the scandal that surrounded Justin, but he was delighted with the publicity that created renewed interest in Indigo. Tickets for the three concerts had sold out, and Indigo’s back catalog was selling well.

“Excellent.” John stood up from the piano and closed the fallboard over the keys. “I’m completely knackered. I could use a pint or two.”

Justin remained on his stool, pulling the guitar strap from around his shoulder.

“Are you all right?” John asked, gathering up his sheet music and placing it in a carrier bag.

Indigo’s other band members, Colin, Mike, and Liam, were gathered in the recording booth listening to the playback. Justin could just make out the song’s melody as it came through the slightly open door.

John frowned. “You looked like you’ve seen a ghost.” 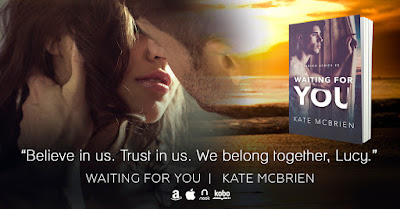 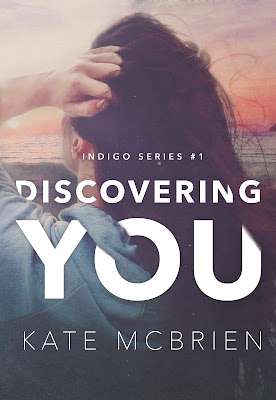 For fans of Love on the Edge of Time and A Knight in Shining Armor comes an epic romance that proves true love can never die.

Do you believe in soulmates?

A shy art historian. A sexy rock star. A mysterious medieval cross that holds a secret.

Lucy Bianchi has a plan: finish her PhD in art history and land a coveted job at a prestigious Los Angeles museum. Then—maybe—she’ll find time to start dating. Her controlled and predictable world begins to unravel when she chases a runaway dog on the beach and meets a gorgeous stranger.

Justin Hamilton is the charismatic lead singer of the British band Indigo. Years of touring and partying have won him notoriety, and he can have any woman he wants, but who he really wants doesn’t seem to exist.

From their first look—their first touch—Justin and Lucy have a connection that defies logic and deepens their desire for each other. When they see the Varangian Cross at a museum exhibit, they’re flooded with inexplicable shared memories that draw them even closer together.

Justin has to return to London just as a salacious scandal explodes that could tear them apart. Lucy must choose between the safe life she’s cultivated, or go to Justin and discover a never-ending love.


Discovering You is the first book of a contemporary romance trilogy. 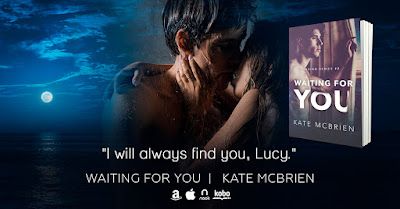 Kate is offering one Grand Prize winner a $25 Amazon Gift Card and eCopies of Discovering You and Waiting for You and one (1) Runner-up an eCopy of Waiting for You. To enter for your chance to win one these great prizes, please fill out the Rafflecopter link below: 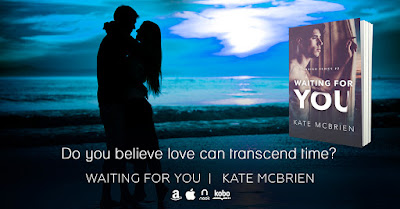 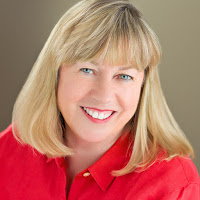 Kate has an MA in art history from San José State University and has taught art history at a local college. For many years, she has worked as a dental hygienist, courageously offering encouragement to her non-flossing patients.
She has always enjoyed writing but became more serious after being encouraged by a friend to participate in National Novel Writing Month. She began writing historical fiction but soon realized that the romance was taking over the history.
Kate is a Bay Area native who lives near the beach with her husband and Lola, their spoiled Labrador Retriever. When not writing, she enjoys cooking, music, movies, reading, and fangirling over Jamie Dornan.