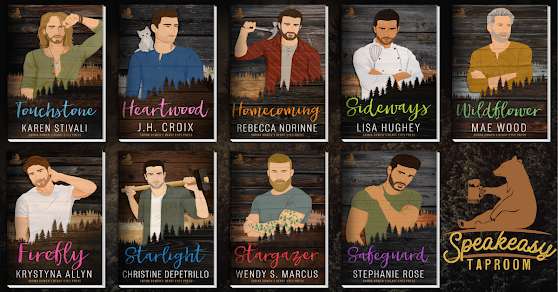 Welcome to the Speakeasy TAPROOM!  I am so excited to help share the cover reveals for the upcoming books in Sarina Bowen's True North World! 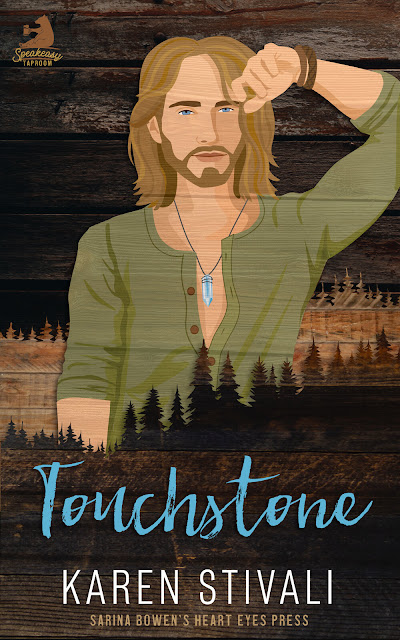 Sam doesn't think love is in the cards. The cards disagree.
When Phoebe Stevens' life implodes in a spectacularly public fashion, she's desperate to escape Manhattan. So the offer of a job setting up a new Vermont gastropub couldn’t come at a better time. Driving a U-Haul on winding mountain roads is Phoebe's personal version of hell. But when the caretaker of her guesthouse answers the door tousled, shirtless, and baking cinnamon rolls, her first impression of Vermont dramatically improves.

Sam Trembley believes everyone gets one true love, but he’s already blown his chance. He's spent five years avoiding relationships. Now he’s back in Colebury where sunrise tarot draws and moonlit hikes soothe his soul. But why do the tarot cards keep showing him this nonsense about soulmates? Could it have anything to do with the jaded city girl on his doorstep?

Playing tour guide is fun, but taste-testing her culinary creations as she shimmies her luscious hips around his kitchen is downright irresistible. Soon their chemistry burns hotter than the pub's wood-fired oven.

Has fate brought them together for a summer of love...or a lifetime of happiness? 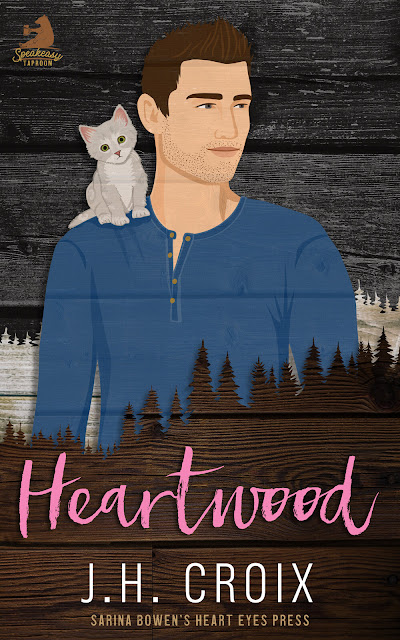 She needs a fresh start. He wants a second chance…
My new job as a chef in a small town was supposed to be my ticket to peace and quiet. I didn’t expect to run into the former hockey star who gave me the hottest nights of my life. And, oops, he’s sort-of my new boss. So much for keeping my past where it belongs.

Ty still thinks I’m the fun party girl. He has no idea how much things have changed. One thing that hasn’t changed: the spark between us. It’s hotter than the blowtorch I use on my crème brûlée.

Some falls are harder than others. But it depends on who’s there to catch you... 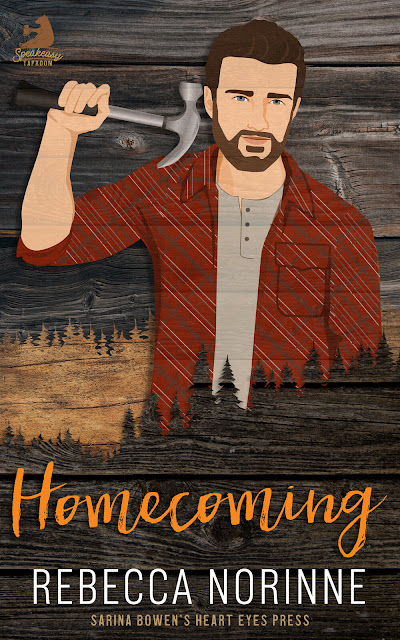 Who knew falling in love with my fake girlfriend could feel so real?
I don’t have time for distractions, which is a huge problem since my new next-door neighbor Rosalie Wentworth is very distracting. She’s kind, beautiful, and makes me laugh like no woman ever has before.

Unfortunately, the two of us add up to one really sad country song—I’m nursing a bruised ego following a broken engagement and she’s suffering through a messy divorce—so I vow to set my attraction aside and focus on being her friend instead.

That’s easier said than done, however, since her mom is convinced Rosalie and I are perfect for each other. When one of her matchmaking schemes goes a step too far, Rosalie and I hatch a plan of our own: pretend to date for a couple of months to get her mom off our backs.

Only, what started as a fake relationship is starting to feel very real, and now I don’t know if I can go back to the way things were before. Because it turns out if home is where the heart is, then Rosalie is mine. 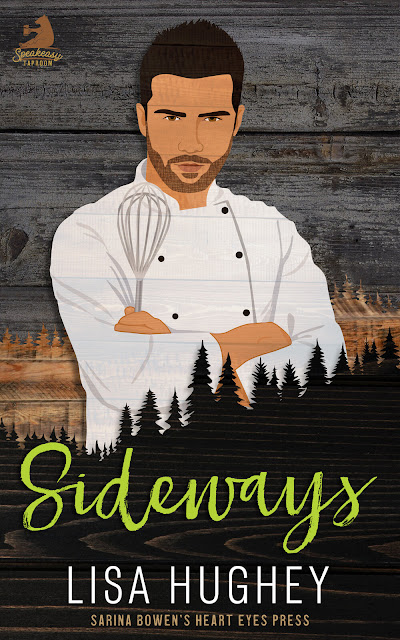 She’s a political princess and media darling...
There’s no such thing as bad publicity. Yeah, right. Tell that to the PR firm that handles Tracy’s very prominent political family. Pushed by scandal from Boston to the boondocks, now she’s on the other side of the serving tray, dishing up beer and burgers, hoping no one recognizes her. But there’s something very familiar--and maddeningly tempting--about the new caterer at Speakeasy.

Colton was the star of the celebrity chef circuit until he wasn’t anymore. Now he lives in a remote country cabin and spends his time alone, far from the spotlight and liking it that way. Until the gorgeous new waitress at Speakeasy starts poking at his resolve and suddenly all he wants is to see her let down her hair. And spread it all over his pillow. She’s got secrets he knows he won’t like, but he can’t stay away from her.

She lives in the spotlight, and he hates attention. When her public life collides with his private one, can their love write a fairy-tale ending after all? 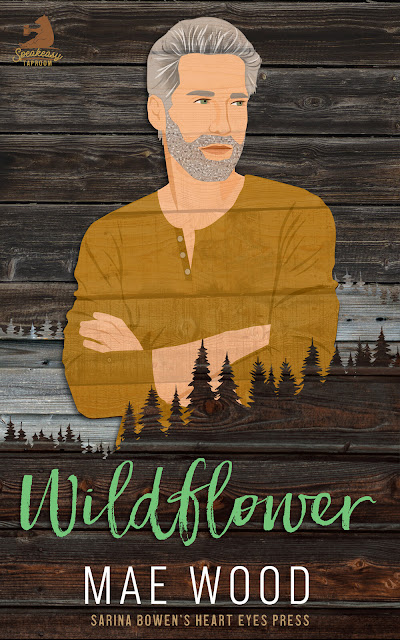 When the prize is love, sometimes you get stung. But if you’re lucky, you just might hit the sweet spot…
Juliana Burton needs a medal at Speakeasy's beer festival to push her brand-new, woman-owned brewery into the spotlight. She thinks she knows just how to do it, too--with a beer made exclusively from Vermont ingredients. Hops, check. Barley, check. But what she really needs is the best honey in the state. Too bad the only thing standing in her way is six feet tall, smokin’ sexy, and her secret high school crush.

After a very public disaster in Boston, Riggs Lyon is home with his teenage son in tow. Riggs is taking over the family beekeeping business with an eye to offload it and start life over somewhere where "Lyin' Lyon" isn't a joke. Selling honey to Juliana doesn't make business sense. She can't afford the high prices Lyon honey fetches in specialty shops and farmer's markets. But somehow, he’s having trouble saying no to anything she asks him for, whether it’s in the hive or in the bedroom. 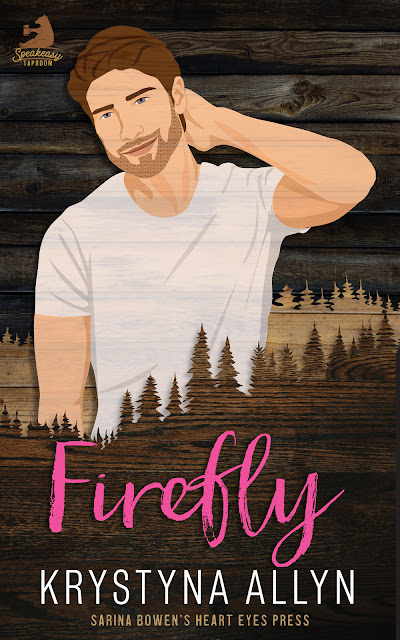 It’s my last night in New York. And the woman of my dreams is three feet away, expertly twirling a bottle of vodka behind the bar and making the perfect pour. I’ve never seen anyone as beautiful as Melody, with her enigmatic eyes and a gorgeous smile. All I have to do is introduce myself. And then...

I choke. And my chance for something--anything--with her is gone.

Months later, I think I’m dreaming when I see her doing bartender tricks here in Vermont. Now all I can think about is having those long, beautiful, fingers performing their magic on my body.

But I’m pretty sure she’s hiding something. It’s painfully obvious she’s keeping me at arm’s length just when I need to hold her close. She brings out my protective instincts, but I’ve got problems of my own. If I’m not careful, I’ll destroy everything I’m trying to build.

Losing her again might break me this time, because now I can’t imagine life without the light of my Firefly. 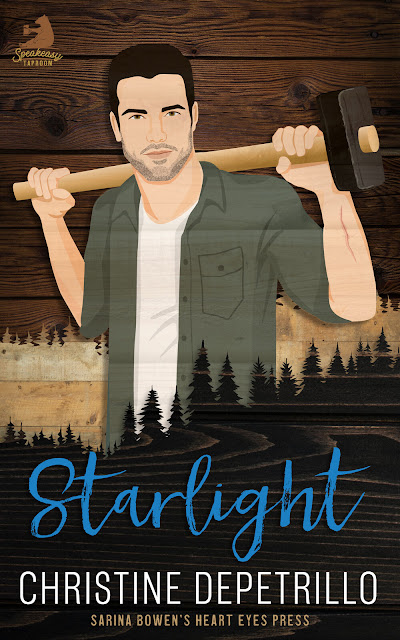 He doesn’t trust women. She only trusts dogs. Why can’t they keep their paws off each other?
Darren Reade builds stone walls in Vermont--and around his heart. Women don’t stick around, so it’s better to put up No Trespassing signs and focus on raising his adopted son. Darren is willing to do whatever it takes to help the boy cope with his mother’s death. But doing it alone is a challenge.

Grace Hollings indulges her love of old-school jazz by singing nights at the Speakeasy Taproom, and spends her days training service dogs, connecting small humans with smart pooches. Of course she’d planned to be married already, but a failed engagement has taught her that dogs make better company than men.

One evening, Grace and Darren don’t exchange names, but they do engage in a single night neither of them will forget. Is once all there is? Or can they train their hearts to trust what they’ve built under the starlight? 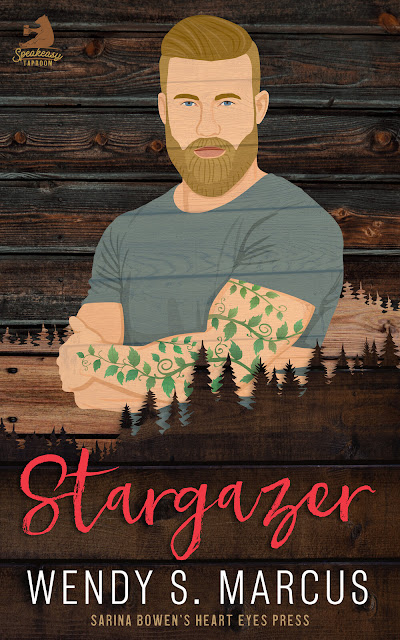 Randall Dickson is coping. Sort of. An upcoming medical eval, one that could end his military career, has him stressed and making bad choices. So when a concerned friend issues a strongly-worded “invitation” to Vermont, R.D. is all in for a change of scenery, a temporary job as a bartender, and the opportunity to shake himself out of his self-destructive routine.

Then he sets eyes on his seriously sexy new co-worker…

Lily Reynolds, an artist by day, Speakeasy’s favorite bartender at night, works hard to stay positive, unlike her surly new coworker. He may be a treat to look at, but that grumpy attitude and terse manner are not her type. So when Lily finds herself in desperate need of someone to share expenses, she convinces R.D. to rent her vacant room. There’s no way she’ll find herself falling for him.

She’d like to find the secret admirer who’s leaving her secret love notes around the bar, though. But he won’t reveal himself...

This standalone contains: opposites who definitely attract, a workplace romance, and an opinionated French bulldog. 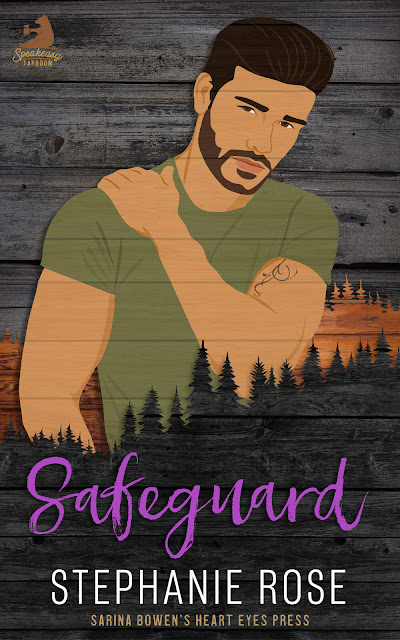 The worst kind of heartache is the kind you can’t walk away from.
Jilted. Living in a glorified closet. The world’s worst bar waitress. I just need to keep a roof over my head and make tuition payments until I can finish graduate school. Then my real life will start. But right now, long nights at the Speakeasy have me burning the candle at both ends and the wax melting all over my fingers.

When a bar manager offers me a job taking care of his adorable five-year-old daughter, it seems like the perfect solution. I get a quiet place to study. Matteo gets a reliable sitter.

There should be no complications. Except that I like my new boss a little too much. His gorgeous dark eyes humble me, and the long talks we share fill me up inside. I can’t possibly fall for him.

But the undeniable pull between us leads to a scorching kiss I can’t ignore or forget, and suddenly I’ve fallen for them both, father and daughter.

And now three hearts are at stake. 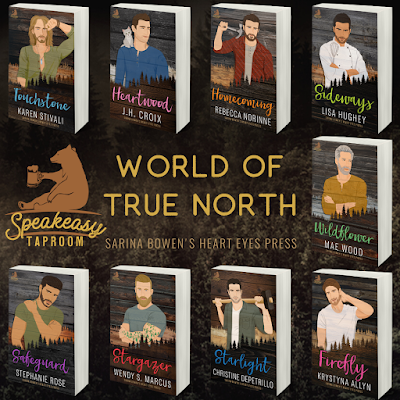