I love Titus from Jay Crownover's The Point series and am so excited to be a part of the cover reveal for his upcoming book Better When He's Brave!

BETTER WHEN HE’S BRAVE is a New Adult Contemporary Romance and is the 3rd book in The Point Series, published by William Morrow, an imprint of HarperCollins.

It is due to be released on August 11th!! 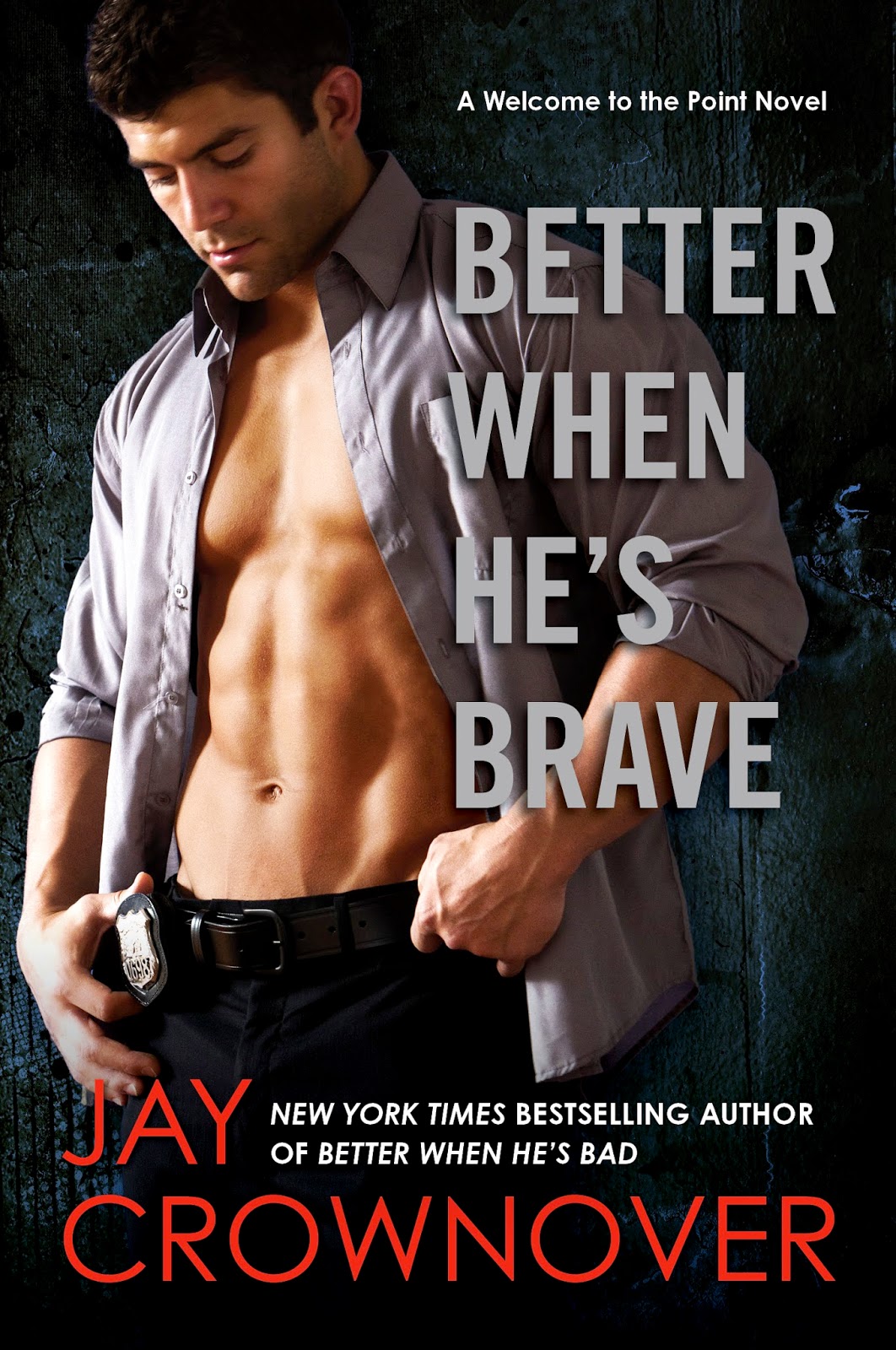 In New York Times and USA Today bestselling author Jay Crownover’s third novel in her sexy, thrilling Welcome to the Point series, a woman’s search for repentance leads her to the one man from her past she can’t forget as they join forces to save their city—and the explosive love neither can live without. Titus King sees the world in black and white. Right and wrong. Which is why as a teenager he left behind the only family he’d ever known to make a better life for himself. Now a police detective in one of the worst cities in the country, he can’t deny his life has turned into a million different shades of gray. The new criminal element in The Point has brought vengeance and destruction right to Titus’s front door, and the difference between right and wrong is nothing compared to keeping those he loves alive. To add to his already strained moral compass, the beautiful and mysterious Reeve Black has made her way back to town, and she might be as dangerous to Titus as the guy trying to destroy the Point because he needs her—in more ways than one. Reeve knows all about how ruthless this new threat to destroy The Point can be… and instead of running away, she wants to help. She has a lot to repent for and saving the city, plus the hot cop that she hasn’t been able to forget might just be the only way she can finally find some inner peace. With an entire city poised on the brink of war, Titus and Reeve stand in the crossfire—and it will take two brave souls to fight for the ultimate love.

About Jay Crownover: Jay Crownover is the New York Times and USA Today bestselling author of the Marked Men and The Point series. Like her characters, she is a big fan of tattoos. She loves music and wishes she could be a rock star, but since she has no aptitude for singing or instrument playing, she'll settle for writing stories with interesting characters that make the reader feel something. She lives in Colorado with her three dogs.