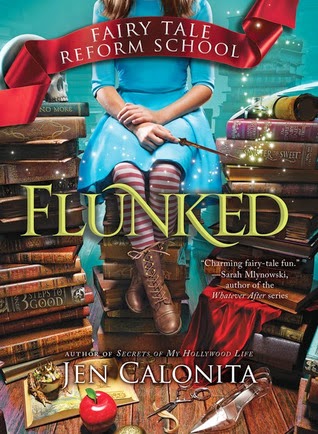 Would you send a villain to do a hero's job? An exciting new twisted fairy tale series from award-winning author Jen Calonita.

Full of regret, Cinderella's wicked stepmother, Flora, has founded the Fairy Tale Reform School with the mission of turning the wicked and criminally mischievous into upstanding members of Enchantasia.

Impish, sassy 12-year-old Gilly has a history of petty theft and she's not too sorry about it. When she lifts a hair clip, she gets tossed in reform school-for at least three months. But when she meets fellow students Jax and Kayla, she learns there's more to this school than its sweet mission. There's a battle brewing and she starts to wonder: can a villain really change?

What a fun read this turned out to be.  It was like a mix-up of Harry Potter (with the schools moving rooms and walls shifting), Once Upon a Time (with the thick plots and schemes) and all your favorite fairy tales come to life.

Gillian Cobbler or Gilly as she is known to her friends and family is a spunky heroine who lives a little on the edge and spends her days doing the best she can to help keep her family happy and healthy, even if that means she has to steal a bit here or there. See Enchatsia isn't all it's cracked up to be and for families like Gilly's making a living can be tough, especially when the contract for your father's famous glass slippers has been given over to (Cinder)Ella's Fairy Godmother.  But, now she's been caught and taken to Fairy Tale Reform School (FTRS),  school full of outcasts and reformed (or are they) villains. A school whose mission it is to "Turn wicked delinquents and former villains into future heroes.

I really enjoyed the beginning of this story because we don't just start out knowing that Gilly has gotten caught, we get to see exactly how it plays out, how the gentry associate with the town folk, and most importantly we get a good look into the workings of Gilly's mind.

Once at Reform school it is a story full of twists and turns, intrigue and friendship. I really enjoyed getting to know each character and watching as these 'reformed' villains deal with their FTRS students, I mean can these villains truly be reformed and if they are then who is trying to ruin the schools anniversary ball and will Gilly and her friends be able to stop things before someone (or some Princesses) get hurt?

This is a great middle grade read with lots of witty humor, plot twists, action, budding friendships, and a story line that can take us through a series.  If your middle grade reader likes fantasy, fairy tales, magic, action, and stories about friendship they will love this book.  It is a pretty quick and easy read (246 pages) with a ton of charm! 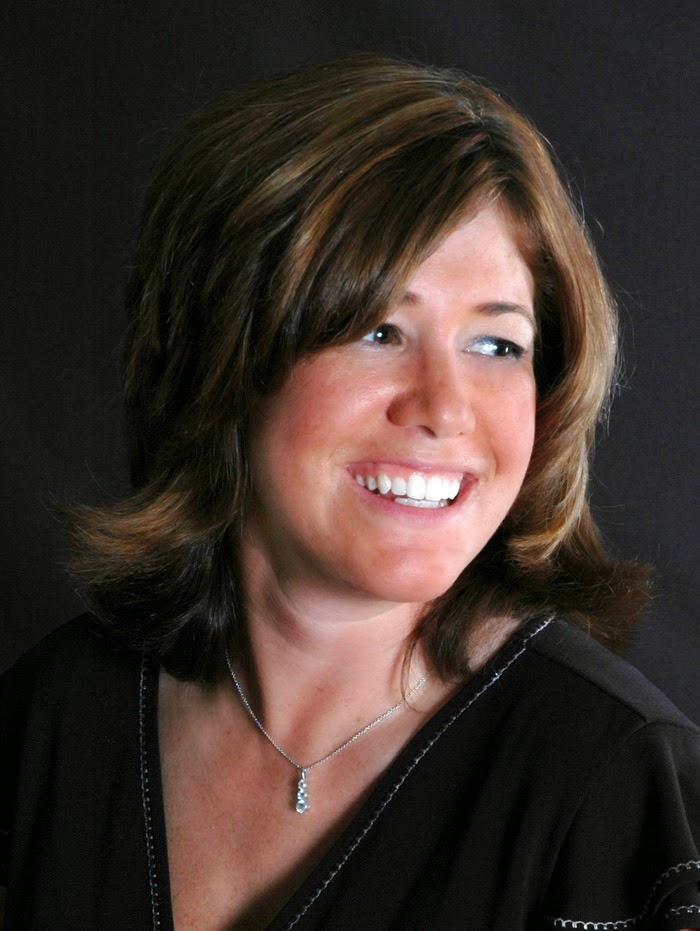 It's no secret how Jen Calonita knows the inside scoop on Hollywood. A former entertainment editor at a teen magazine, Jen started out her career chronicling backstage life at concerts with Justin Timberlake and interviewing Zac Efron on film sets. It was her work in the entertainment world that inspired her first series, Secrets of My Hollywood Life. The six-book series is about a teen starlet named Kaitlin Burke who grows weary of the fame game, but loves being an actress and it's been published in nine countries.
Jen usually likes to write about worlds she knows so she moved on to camp life in the books Sleepaway Girls and Summer State of Mind (since she was a camp counselor as a teen), then tackled reality TV (which she also covered in magazines) in Reality Check. It wasn't until she wrote Belles, which is about two polar opposite girls who share one life-altering secret, that she entered a world different from her own.
It was so much fun creating a new world that Jen jumped into a fairy tale one for her first middle grade, Flunked, which is the first book in the Fairy Tale Reform School series. Fans will love getting to know spunky Gilly and the enchanted reform school she attends run by Cinderella's formerly wicked stepmother, when the first book comes out March 2015. It will be followed by another middle grade series called VIP in early 2016. The first book, I'm with the Band, is a diary-eye look at life on the road with the world's biggest boy band as told by their number one fan, Mackenzie Lowell. (Go back and reread the first paragraph of this bio to see how Jen came up with that idea!)