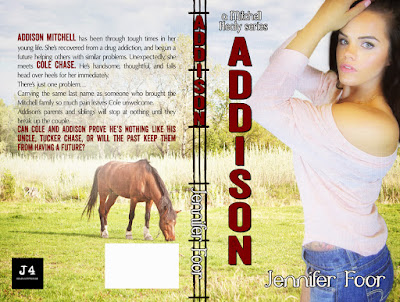 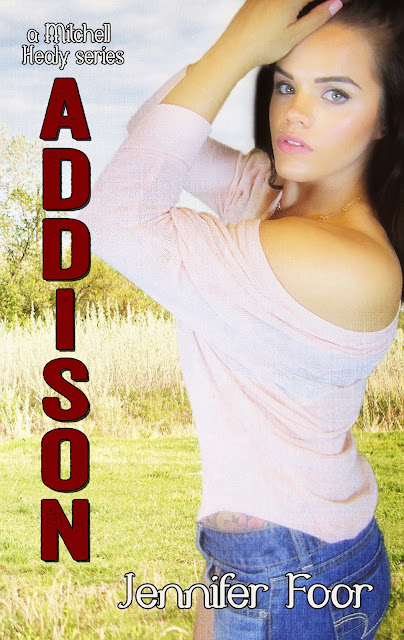 Addison Mitchell has been through tough times in her young life. She’s recovered from a drug addiction, and begun a future helping others with similar problems. Unexpectedly, she meets Cole Chase.

He’s handsome, thoughtful, and falls head over heels for her immediately.

Carrying the same last name as someone who brought the Mitchell family so much pain leaves Cole unwelcome. Addison’s parents and siblings will stop at nothing until they break up the couple.
Can Cole and Addison prove he’s nothing like his uncle, Tucker Chase, or will the past keep them from having a future?

Grab the First Books in the Mitchell/Healy Series Now!

Jennifer Foor is an award winning Contemporary Romance Author. She's best known for the Mitchell Family Series, which includes ten books.
She is married with two children and spends most of her time behind a keyboard, writing stories that come from her heart.