On My Knees by J. Kenner - Review

Jackson Steele and Sylvia Brooks continue to thrill in the second novel of a scintillating, emotionally charged new trilogy that returns to the world of J. Kenner’s beloved Stark novels:Release Me, Claim Me, and Complete Me.

I never thought I’d lose control, but his desire took me right to the edge.

Powerful, ambitious, and devastatingly sexy, Jackson Steele was unlike any other man I’d ever known. He went after what he wanted with his whole mind, body, and soul—and I was the woman in his sights. One touch and I surrendered, one night together and I was undone.

Jackson and I had secrets, dark pieces of our pasts that threatened to swallow us both. We couldn’t outrun our demons, or the people trying to tear us apart. But in our passion we found salvation, and in each other’s arms we found release.

I was scared to trust Jackson fully, to finally let go. Yet no matter the dangers that lay ahead, I knew I was his—and now that we’ve laid claim, there’s no more holding back.

On My Knees is intended for mature audiences.

On My Knees picks up right where we left off after Say My Name.  The secrets that we learned in the first book will be shared with others, sometimes willingly other times not.  The main storyline in On My Knees is learning how Jackson and Sylvia work through these secrets and discovering if they can hold it together for each other.  If they are strong enough to be more than the secrets they share.

In the first book I have to admit I was not a huge fan of Jackson Steele, he came across as shady and aloof to me and I couldn't bring myself to feel an attachment toward him.  I am happy to say that in On My Knees I have fond myself growing to like him.  We learn more about his past, more about how he became the person he is due to the treatment he received as a child.  His fears of abandonment plays a key role in this story.

Sylvia I actually found frustrating this time around.  She holds tightly to her secrets but then castigates Jackson for his, even if she does this quietly and to herself the reprimands are there and they are affecting the relationship.  Yeah, there are some pretty big secrets that come to light but she felt so hypocritical at times.  At the same time I loved her because she's fighting hard for what she wants.  When lines get blurry at work she accepts the challenge and stands her ground.  I also loved that Jackson doesn't hold her choices against her when it comes to her job.  I love that he can say he knows how important her work is to her and not make her feel guilty over her choices or try and hold it over her head.  I also loved that Damien sees her for the strong woman she is and while he has to make his own choices, choices for his business he doesn't shove her thoughts and opinions aside simply because he is uncomfortable with a situation.

Speaking of Damien we see a lot more of him this book and I was glad to have him back.  He's such rich (not trying to be puny) character so having his thoughts and emotions alongside Jackson and Sylvia's added a needed layer to the book.  It truly allows us to see a depth that would have been missing with out him, in particular reference to Jackson's childhood.

The one thing that I had a little trouble accepting this time around is the sex scenes.  Don't get me wrong, J. Kenner writes a steamy sexy scene, it was more the reasons for the sex.  I had to go in with a really open mind and constantly remember that these two people are messed up.  It just got frustrating at times that they would have sex simply because they were angry, because they were happy, because they wanted to fight with someone, because they needed some release from their emotional state.  I like a good sex scene as much as the next person but sometimes there can be too many sex scenes just for the sake of a sex scene.  Maybe now knowing all (well not all, I am not sure we will ever know ALL this couples secrets) I need to go back for a re-read and try and see it in a different light.  On that same note though I love how much they get each other, how open they are with their needs and wants  How they fit together so well and fight to work through things.

On My Knees leave us with another cliff hanger, but I think knowing what we know now it was easier to accept that then it was in the first book  (I am not a huge cliff hanger fan if you didn't guess, haha), it feels more validating to know that we got so many answers even when we are hanging on the edge waiting for more.  I am looking forward to Under My Skin and hoping that this couple gets a break because they are certainly getting put through the ringer!

This is a great read for any contemporary romance readers who like their plot with a side of steam, and a big helping of secrets and suspense.  On My Knees shouldn't be read with out having read Say My Name first, it is not a standalone.  If you enjoyed Damien and Nikki's story (The Stark Trilogy) you will definitely be a fan of this series.

Read the first chapter of ON MY KNEES here!

Find out more about the first book, SAY MY NAME: 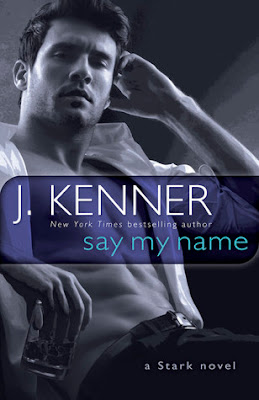 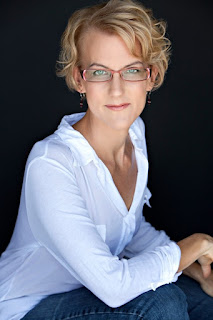 Julie Kenner (aka J. Kenner and J.K. Beck) is the New York Times, USA Today, Publishers Weekly, and Wall Street Journal bestselling author of over forty novels, novellas and short stories in a variety of genres. Praised by Publishers Weekly as an author with a “flair for dialogue and eccentric characterizations,” J.K. writes a range of stories including super sexy romances, paranormal romance, chick lit suspense and paranormal mommy lit. Her foray into the latter, Carpe Demon: Adventures of a Demon-Hunting Soccer Mom by Julie Kenner, is in development as a feature film with 1492 Pictures.  Her most recent trilogy of erotic romances, The Stark Trilogy (as J. Kenner), reached as high as #2 on the New York Times list and is published in over twenty countries.  J.K. lives in Central Texas, with her husband, two daughters, and several cats.