Caitlin Sinead's RED BLOODED releases from Carina Press on August 3rd and we can't wait for everyone to get their hands on it!

While you wait, check out the beautiful cover below!

Instead of eating ramen and meeting frat guys like most college freshmen, Peyton Arthur is on the campaign trail. Traveling with her mother, the Democratic pick for vice president, she's ordering room service, sneaking glances at cute campaign intern Dylan and deflecting interview questions about the tragic loss of her father. But when a reporter questions her paternity, her world goes into a tailspin.
Dylan left Yale and joined the campaign to make a difference, not keep tabs on some girl. But with the paternity scandal blowing up and Peyton asking questions, he's been tasked to watch her every move. As he gets to know the real Peyton, he finds it harder and harder to keep a professional distance.
When the media demands a story, Peyton and Dylan give them one—a fake relationship. As they work together to investigate the rumors about her real father and Peyton gets closer to learning the truth, she's also getting closer to Dylan. And suddenly, it's not just her past on the line anymore. It's her heart.

Lisa taps on her clipboard and calls for more makeup. “She needs more blush.” A brush dances across my nose as a makeup artist examines me without seeing me. “Remember to smile. A lot. After every question,” Lisa says. Dylan, her intern, stands next to her, gliding his fingers over his tablet. She snaps her intense focus to him. “Torres, do you have them?” Dylan holds the back of the tablet against his chest so it covers the big Yale on his gray T-shirt. There are three images of me on the screen: me accepting my high school diploma from the principal, me speaking at the US Organization for Learning Disorders’ annual meeting, and me exiting a pizza place with Annie and Tristan. “Now, remember, we’re going for this smile,” Lisa says, pointing at the pizza picture. “You are a natural, welcoming, American girl who’s happy and excited that her mom’s been nominated as the Democratic Party’s Vice Presidential Candidate.” “I am all those things,” I say. She nods and emits a cursory mmm-hmm as she looks at her tablet. “Of course you are.” I roll my fingers over the armrests and stare at the shiny camera lens in front of me as I attempt to mentally prepare for the onslaught of questions about to assail me. Five via-satellite interviews. Bang. Bang. Bang. Just as I’m going over what it was like to learn my mom would be the vice-presidential pick, Dylan holds his tablet, with the pizza picture, up to my face. “Pizza smile, I got it,” I say, with more edge than I mean. It’s not the best time to have a conniption, but I can’t help myself, and more words spurt forward. “Sorry, it’s just—it’s not like I’m a stranger to media attention.” Dylan presses his lips together and takes a step back. “Sorry, that wasn’t much of an apology.” I shake my head and some girly mushiness tingles in my chest when his eyes crinkle into a smile. It doesn’t mean anything. He’s got dark, Latin features any girl would get mushy over. “I’m just a little nervous, but I didn’t mean to snap—” “It’s cool.” Dylan shrugs. Right. As long as I’m performing well, what’s it to him. “We know you’re used to the spotlight.” Lisa tilts her head and purses her lips in the ever-common—at least to me—sorry-your-dad-died expression. Thankfully, she doesn’t hold it for long. “But this is going to be different than…that. Your dad’s book made you a celebrity, but a sympathetic one. Politics can be, well…” “Mean?” I supply. She crosses her arms and nods. “I’ve been on the campaign trail with my mom before, I know—” “Only in Virginia, where she’s already very popular. Now we want the whole nation to love her. And, given that many people already feel they know you, and even love you, well, we’d like to use—” she swallows and holds a finger up “—we’d like to leverage that appeal and make it an additional asset in this campaign.” I glance at Dylan. He nods. “I hope I can be an asset as well,” I say, trying to calm the jitters in my stomach. “You will be,” Dylan says with a sharp certainty I wish I could catch and stuff in a glass jar for safekeeping. They back away and in a sliver of a moment the red light on the bulky studio camera bursts on, full force. 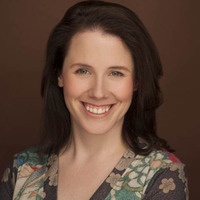 Caitlin Sinead is represented by Andrea Somberg at Harvey Klinger, Inc. and her debut novel, Heartsick, is available now from Carina Press. Her writing has earned accolades from Alfred Hitchcock's Mystery Magazine, Glimmer Train, and Writers & Artists, and her stories have appeared in multiple publications, including The Alarmist, The Binnacle, Crunchable, Jersey Devil Press, and Northern Virginia Magazine. She earned a master's degree in writing from Johns Hopkins University.