Love Lies Beneath by Ellen Hopkins - Review and Giveaway 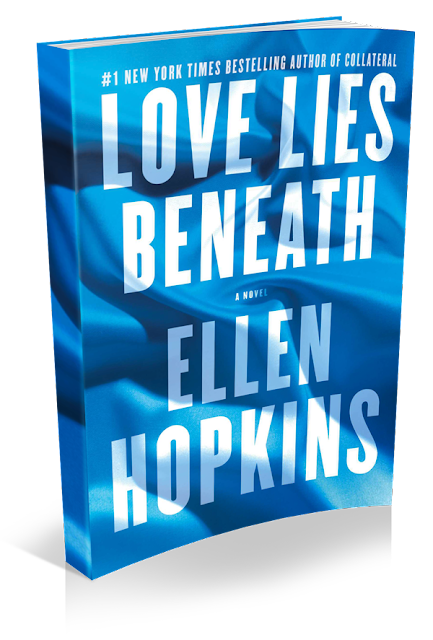 Rating: 3 Stars
~ I received a copy of this book in exchange for an honest review ~

From the #1 New York Times bestselling author of Collateral comes a gripping novel about a woman caught in a love affair that could be her salvation...or her undoing.

Tara is gorgeous, affluent, and forty. She lives in an impeccably restored Russian Hill mansion in San Francisco. Once a widow, twice divorced, she’s a woman with a past she prefers keeping to herself. Enter Cavin Lattimore. He’s handsome, kind, charming, and the surgeon assigned to Tara following a ski accident in Lake Tahoe. In the weeks it takes her to recover, Cavin sweeps her off her feet and their relationship blossoms into something Tara had never imagined possible. But then she begins to notice some strange things: a van parked outside her home at odd times, a break-in, threatening text messages and emails. She also starts to notice cracks in Cavin’s seemingly perfect personality, like the suppressed rage his conniving teenage son brings out in him, and the discovery that Cavin hired a detective to investigate her immediately after they met. Now on crutches and housebound, Tara finds herself dependent on the new man in her life—perhaps too much so. She’s handling rocky relationships with her sister and best friend, who are envious of her glamour and freedom; her prickly brother-in-law, who is intimidated by her wealth and power; and her estranged mother. However perfect Tara’s life appears, things are beginning to get messy.

Writing in beautiful prose, Ellen Hopkins unveils a new style while evoking her signature poetic form that readers fell in love with in Collateral and Triangles.

I am going to be honest here (that's what we all want isn't it?) I could not get into this book the way I wanted to.  I was really excited about the idea of an adult fiction book from Ellen Hopkins, her YA books are always highly sought after and rated.  Ellen's writing style is beautiful, smooth, and easy to follow.  You won't, as often times happens in suspense novels, find yourself asking 'What just happened?' while searching back pages to figure out where you got lost.  Everything is laid out clearly and while you might feel that you aren't getting anywhere as the build up is a tad long when you do get to the end of the book a light will go off.  Of course then you might want to toss your book/e-reader because we get a cliff hanger basically.  I have to admit being very frustrated before I knew there would be a book two, ha.

We meet Tara as she navigates her world of wealth and privilege, a world in which she has been married three times, once widowed, twice divorced, a world where she lives her life unapologetically and enjoys it.  During a shared ski vacation with her sister Tara is injured in a fall, taken to the hospital and introduced to a charming Orthopedic surgeon, Cavin, who will have her contemplating settling down for the fourth time.  The question she soon starts to ask herself is how charming and perfect is Dr. Cavin Lattimore?  Strange occurrences begin to happen and Tara has no idea who is telling her the truth and who is lying.

I love the concept of the story. I love that it revolves around the life of a 40 year old woman who isn't afraid to live the life she has.  Who doesn't take anyones crap, who doesn't hold back her wants and desires because of societies rules of decorum for women.  We see how many books every day where it is acceptable for a man to live as he chooses and yet when women are portrayed this way in a book  (often in real life) they are looked down upon or spoken to using descriptive slang terms that I won't repeat here.  It was refreshing that this book lets the main character live her life the way she chooses and does it in a way that doesn't shed her in a negative light.  Now that being said, I did not like Tara.  She to me is simply an unlikeable character and it has nothing to do with her lifestyle choices and everything to do with her personality.  I wanted to like her so badly, and every time I started to feel a little remorseful for not liking her she would spout of some internalized monologue that made me want to reach through the book and give her a good shake.  In fact the problem for me with this book was I simply couldn't like any of the characters.  Now is that on purpose, I have no idea.  I don't know why an author would want to write a book where none of her characters seem to have any redeeming value, but of course as we get to the end we have to question if that is the intent because the way things are left I am not sure we are ever meant to find these characters likable.  I wonder if they are written the way they are to give us a glimpse at the ugliness of lies and deception.  A life where people choose to live only within their own set of rules, disregarding the thoughts and feelings of others, painting on their smiling faces while inwardly mocking everything and one around them.

I had wanted to the story to be more explosive instead of this kind of quiet yet ugly (when I say ugly I mean as in the nastiness of the lies and falsehoods in the story) simmer.  When we get to the end things aren't totally cleared up, there are still so many questions to be answered and the ending just adds on a few more.

I will say straight up Tara colored this book for me, meaning that because I could not like her it I could not get into it.  A lot of people won't have this problem, so don't not (yes, double negative anyone, ayyy) read this book because I couldn't bring myself to like the main character.  Read this book because it truly is well written, it has a interesting storyline, because it has a main character that isn't shamed for living her ADULT life the way she chooses, because the characters are (even if you can't stand them) complex, and best of all because there is going to be another book which I have faith will bring everything back around and lead to an explosive ending that will have us thankful we stuck with it.

Please keep in mind:  This is NOT an Ellen Hopkins YA, do not pick it up thinking you are going to get the same thing, also please do not pick this book up if you are not a mature adult or have at least given this book to your parents to read first. 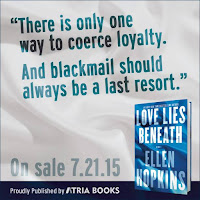 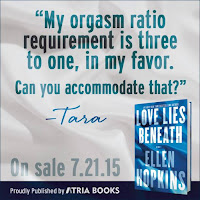 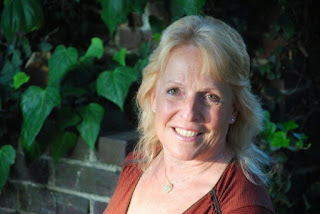 “After eight highly successful young adult novels-in-verse, I decided to explore more mature subject matter and wrote my first two novels for adults utilizing my signature verse-style formatting. I changed directions with my third, Love Lies Beneath, choosing to write in prose to better connect with an older audience, some of whom might be resistant to the fiction/verse merger. I will continue to write YA, of course. (My twelfth YA novel publishes Fall 2015.) Teen characters are hugely appealing to me. But some topics I want to write about demand adults as main characters. My first adult novel, Triangles, explores midlife directional changes, and my second, Collateral, follows a Marine couple through four deployments, with the inevitable consequences. Please visit the BOOKS page here to learn more. Love Lies Beneath is sexy, chilling noir fiction about a woman who has it all—wealth, beauty, possessions; everything, except love, which she finally discovers at forty, after three failed marriages. While everything is perfect at first, things change when the doctor’s teenage son moves in. It’s then the lies begin to appear. But who, in fact, is the liar? Expect the sequel to Love Lies Beneath in 2016 and more books for mature audiences in the future.”