From the New York Times and USA TODAY bestselling author of Where Sea Meets Sky comes a new adult novel about a young woman who becomes a nanny in Capri and falls for her charges’ bad-boy brother. 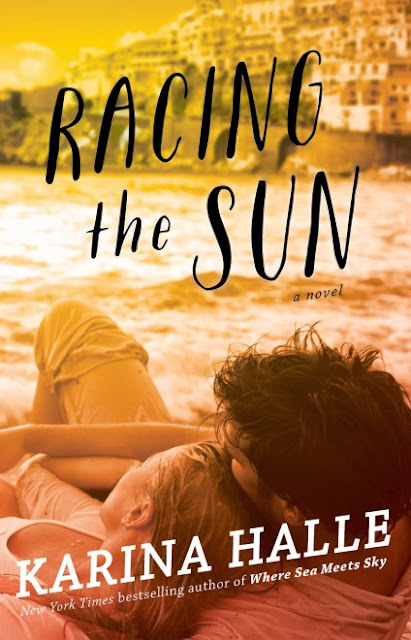 When I’m traveling, I feel like the secret to my life, to myself, to really becoming, is one step ahead. It’s in the next destination, the next town I get lost in, the next stranger I talk to. It’s always next but never here . . .

After six months of backpacking and soul-searching across the world, Amber MacLean is flat broke. There are worse places for a twentysomething to be stuck than the Amalfi Coast, but the only way she can earn enough money for a plane ticket home to California is to teach English to two of the brattiest children she has ever met.

It doesn’t help that the children are under the care of their brooding older brother, ex-motorcycle racer Desiderio Larosa. Darkly handsome and oh-so-mysterious, the young master of the crumbling villa tests Amber’s patience and will at every turn—not to mention her hormones.

When her position turns into a full-time nanny gig, Amber grows dangerously closer to the enigmatic recluse. But can she give up the certainty of home for someone whose closely guarded heart feels a world apart from her own? 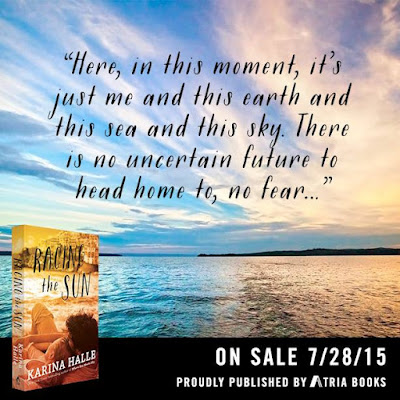 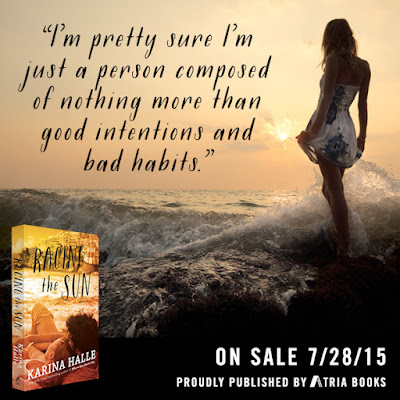 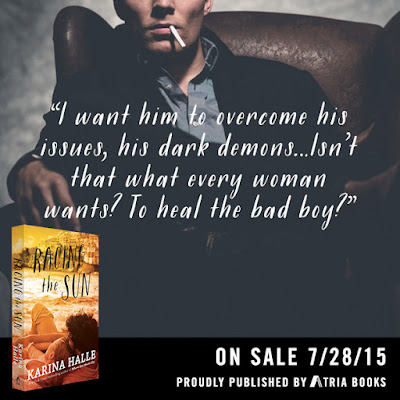 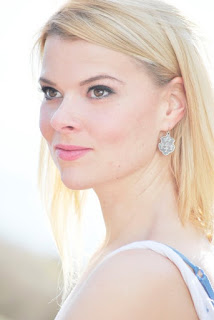 With her USA Today Bestselling The Artists Trilogy published by Grand Central Publishing, numerous foreign publication deals, and self-publishing success with her Experiment in Terror series, Vancouver-born Karina Halle is a true example of the term "Hybrid Author." Though her books showcase her love of all things dark, sexy and edgy, she's a closet romantic at heart and strives to give her characters a HEA...whenever possible.


Karina holds a screenwriting degree from Vancouver Film School and a Bachelor of Journalism from TRU. Her travel writing, music reviews/interviews and photography have appeared in publications such as Consequence of Sound, Mxdwn and GoNomad Travel Guides. She currently lives on an island on the coast of British Columbia where she’s preparing for the zombie apocalypse with her fiancé and rescue pup.