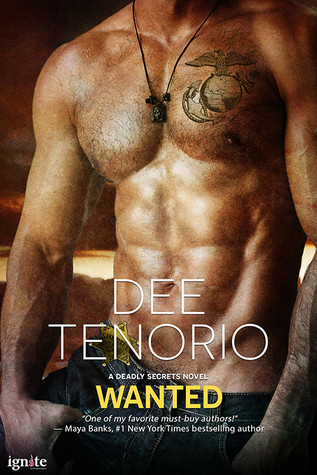 Some secrets are worth dying for…

Undersheriff and former Marine Rick Trelane had one constant his entire life—his friendship with Whitney Peterson. Through thick and thin, she has never faltered. Never blamed. But when her former lover turns up dead, Rick must look past the walls he’s built to the woman he thought he knew inside and out…and discover he was wrong.

Whitney has secrets, deadly ones. The deeper he digs, the more he sees her as a woman he desires. And suspects. But as bodies start turning up, so does the evidence against her. Now the air is thick with secrets and shadows and giving into the longing could turn both their worlds upside down. Because this killer is just getting started…

Let me begin by saying that while this book could be read as a stand-alone it is not one.  I found myself feeling as though I was missing something when I first started the book and after searching around I discovered that Wanted is the second book in a series.  There are some past issues that come up dealing with the main characters military service, his return home, and a biker gang that I wish I had known.  Now will you be completely lost if you don't read Convicted?  No, you won't but there will be moments where you might like to have known something just to have a greater understanding of the situation.

Dee Tenorio pulls us into a small town that has been beset with tragedy over the past 10 years, a biker gang that had taken over the town has now been run out and just when people start to feel like they can get back to feeling free and unafraid an old foe pops up, unluckily for him he pops up dead.

The books starts with us meeting self-professed hard ass Rick Trelane investigating the murder of  disgraced former town police officer, Brody Roberts. Not only is Rick the Under-Sheriff for his hometown (after returning several years ago from military service that has left him physically and emotionally scared) but he has a personal attachment to this case...the dead man is his best friend's ex-'boyfriend'.

Whitney Peterson has been holding things together, but just barely. Her mom has passed away after a long and difficult health battle, her cousin left her troubled  teen aged daughter Alison to Whitney's care, she's running her business (her bakery), holding tight to terrible secrets, and trying to keep her feelings for her best friend platonic...unfortunately for her everything begins to crumble around her when she's pegged as a potential suspect in a series of murders.

I really enjoyed the chemistry between both Rick and Whitney, although there are plenty of times I wanted to give them both a little smack upside the head.  It's always difficult to watch characters fight their feelings when you can see how much they need each other.  I loved that while the romance is the heart of this story it is not the entire story.  Dee gives us so many twists and turn, the suspense is wonderfully paced and blended in well with the romance aspects.  I will say that I figured out what was happening fairly early on, but the outcome didn't go quite like I expected so that was a nice surprise twist at the end.  The book reads very smoothly and doesn't get so twisted up in the plot that you can't follow along.  Every step along the way makes sense in getting us to the outcome of the story.  I loved Rick's father Richard and wouldn't mind seeing more of him in the future.  His relationship with his son is one that I didn't expect at the start of the story but one that I truly enjoyed.  I also really liked meeting Cade and am looking forward to going back and reading his story ( I do suggest you read his story first though) and filling in all the holes.  I am also head over heels for Dr. Jocelyn Ripley, the Medical Examiner and and hoping to see her get her own story soon.  Her snark brought a light heartedness (even at the most inappropriate times) that was needed...Dun dun (use your best Law and Order tone when you hear that part in your head), haha.

Sidenote:  There are some fairly dark bits in this story.  If you have trigger issues relating to physical and/or sexual abuse take caution when going into this story.  This a HEA, but there is as much dark as light mixed into the storyline.

This is a wonderful read for Contemporary Romance fans, especially those who like a military based background and a suspense filled story.  I found it to be a fast paced quick read, that keeps you interested from page one. 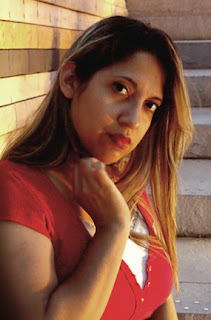 Dee Tenorio has a few reality issues. After much therapy for the problem—if one can call being awakened in the night by visions of hot able-bodied men a problem—she has proved incurable. It turns out she enjoys tormenting herself by writing sizzling, steamy romances of various genres spanning paranormal mystery dramas, contemporaries and romantic comedies. Preferably starring the sexy, somewhat grumpy heroes described above and smart-mouthed heroines who have much better hair than she does.
The best part is, no more therapy bills!
Well, not for Dee, anyway. Her husband and kids, on the other hand…