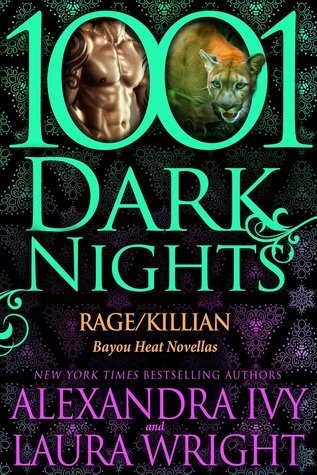 From New York Times Bestsellers, Alexandra Ivy and Laura Wright, the heat of the bayou is back with Rage/Killian in an all-new dual 'tail'. Enter the Wildlands, where a new, volatile danger threatens the sizzling hot Pantera.

RAGE
Rage might be an aggressive Hunter by nature, but the gorgeous male has never had a problem charming the females. All except Lucie Gaudet. Of course, the lovely Geek is a born troublemaker, and it was no surprise to Rage when she was kicked out of the Wildlands.

But now the Pantera need a first-class hacker to stop the potential destruction of their people. And it’s up to Rage to convince Lucie to help. Can the two forget the past—and their sizzling attraction—to save the Pantera?

KILLIAN
Gorgeous, brutal, aggressive, and human, Killian O’Roarke wants only two things: to get rid of the Pantera DNA he’s been infected with, and get back to the field. But the decorated Army Ranger never bargained on meeting the woman—the female—of his dreams on his mission to the Wildlands.

Rosalie lost her mate to a human, and now the Hunter despises them all. In fact, she thinks they’re good for only one thing: barbeque. But this one she’s guarding is testing her beliefs. He is proud and kind, and also knows the pain of loss. But in a time of war between their species, isn’t any chance of love destined for destruction?

Another Fantastic addition to the Bayou Heat series by Alexandra Ivy and Laura Wright and another hot for 1,001 Dark Nights novellas.  I am never disappointed in this series by Alexandra and Laura.  They know how to tell a amazing story in a short amount of time and leave you both sated and wanting for more.

Rage gets thrown into a mission he wants nothing to do with by Parish leader of the Hunters.  The mission, track down the one girl who ever really managed to get under his skin, and not in a good way.  Lucie was practically feral when she was asked to give up her penchant for hacking or leave the Wildlands, she choose the latter.  Now with danger still looming over the Pantera, Lucie, outcast of the Wildlands is needed to use her particular set of skills to help stop the coming disaster.  Will she be able to help the people who hurt her when she needed them most and will Rage be able to put aside his prejudices towards this once wild child and help her become who she was meant to be?

I really enjoyed this couple.  Rage is the ultimate flirt, but so caring and protective you can't help but fall for him.  Lucie is an amazing character.  Coming from a terrible background she has grown into a strong, independent female.  I loved that she is more than woman/Pantera enough to take care of herself but craves the love of her community and especially Rage, the Pantera she thought would never see her for who she is.

Of the two stories this is my favorite.  There is just something about the battles that both Killian and Rosalie struggle to overcome.  His battle with having been unknowingly changed to more than just human.  A guy who struggled with PTSD and searched out the help he needed only to be unwittingly used as a science experiment.  I love Killian's courage, just as with his PTSD once he realizes something is wrong he doesn't take it lying down.  He does everything he can to search out a solution, even if that solution is ultimately acceptance of a new way of living.  Rosalie is fighting every day to just stay strong.  After loosing her mate by human hands in a previous book she has spiraled  in to depression and almost into a feral state, spending the majority of her time shifted into her Pantera cat.  Then she stumbles upon a human trespassing in the Wildlands and throws all her anger and sadness toward humans and the loss of her mate at him.  Is he what she thinks, a spy, or is there more to him then she realizes and why can't she hate him the way she wants to.

It is hard not to thoroughly enjoy these novellas, yes they are fast reads, yes there is insta-love, but Alexandra Ivy and Laura Wright manage to give us beautiful stories of love and friendship in a short matter of time.  I haven't found one of these books that I have been disappointed in.  While you don't have to have read the other books, I of course would suggest that you do.  You won't be lost if this is your first book in the series but you will be left wondering what all came before.  This is a long story that has developed and changed over the telling of it and with them all being novellas you won't have any trouble getting caught up!  A great read for any Paranormal Romance, Shifter Romance fans! 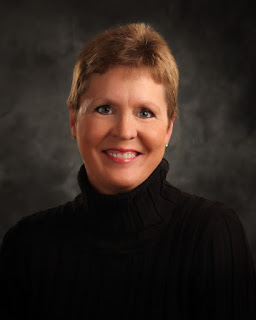 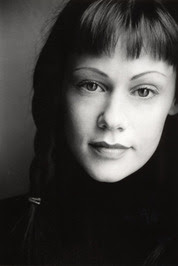 Unlike many of my peers in the writing world, I wasn’t a writer or a reader until I left high school. During my youth I was into theater, song and dance, commercials and boys. I loved romance surely, but I had never read a romance novel until my late teens. With that said, I remember the day I did like it was a moment ago - my aunt gave me the Jude Deveraux novel, Knight in Shining Armor and I couldn’t put it down until the very last word. Then I went straight to the library and got another – then another until I’d read everything she’d ever written. After that, it was McNaught, Howard, Schone, Kleypas, and the Silhouette line, Desire. I instantly loved those emotional, sexy reads, so much so that I began to carve out ideas for my own stories, themes that were unique to me and moved me. In 1997 I enrolled in UCLA extension writing classes, met my mentor and critique partners and since have never stopped writing. I was committed then and I still am now; the need to tell my own romantic stories a full on obsession. My first manuscript was rejected, and though the second one was as well the editor who’d rejected it wanted to see something else from me. I had something (note to authors; always keep working, even after you’ve sent in a proposal) and sent it right away. The day I got the call telling me Desire wanted to buy Cinderella and the Playboy was the best day of my life. That is until I married my husband, and had my two beautiful children. But I must say, writing is much like motherhood – tough, grueling, surprising, delicious and for me, a dream come true.
If you’re interested…

I was born and raised in Minnesota. It’s where my love of all things green, wet and grown in the ground comes from. As you read above, before writing I was an actor, singer and dancer, specifically a BALLROOM dancer - an instructor and competitor as well. That work took me to many places like New York, Ohio and Wisconsin. I live in Los Angeles now, but I’m always thinking about greener pastures – literally.