The first book in a Montgomery Ink spin-off series, LOVE RESTORED by Carrie Ann Ryan, was announced on USA Today HEA yesterday, and we're so thrilled to bring you a first look at LOVE RESTORED today!

and is available for pre-order now!

In the first of a Montgomery Ink spin-off series from NYT Bestselling Author Carrie Ann Ryan, a broken man uncovers the truth of what it means to take a second chance with the most unexpected woman…

Graham Gallagher has seen it all. And when tragedy struck, lost it all. He’s been the backbone of his brothers, the one they all rely on in their lives and business. And when it comes to falling in love and creating a life, he knows what it’s like to have it all and watch it crumble. He’s done with looking for another person to warm his bed, but apparently he didn’t learn his lesson because the new piercer at Montgomery Ink tempts him like no other.

Blake Brennen may have been born a trust fund baby, but she’s created a whole new life for herself in the world of ink, piercings, and freedom. Only the ties she’d thought she’d cut long ago aren’t as severed as she’d believed. When she finds Graham constantly in her path, she knows from first glance that he’s the wrong kind of guy for her. Except that Blake excels at making the wrong choice and Graham might be the ultimate temptation for the bad girl she’d thought long buried.

Graham Gallagher had never craved a cigarette as much as he did just then. It didn’t matter that he’d quit smoking over fifteen years ago cold turkey and hadn’t picked one up since then. He just wanted a damn smoke.
Scratch that.
He wanted a fucking cigarette, a beer, and a willing woman underneath him as he fucked her until they were both spent.
And not necessarily in that order.
Not that he’d get any of that any time soon. Between this new job, the old one they hadn’t fully completed yet, and the rest of the crap in his life, he wasn’t sure he’d even have time for a beer.
And considering it had been a long six months since he’d had a woman under him, he was pretty sure he wouldn’t be getting laid any time soon. Him and his right hand had a perfectly nice relationship for now and when he got downright dangerous, he got to know his left.
Jesus, he needed coffee or something at this point if he was thinking about how his left hand would be something different in his life.
He ran a hand through his dark hair and grimaced as he caught some tangles as he pulled it out of the rubber band. He wasn’t sure he’d brushed it that morning, instead just throwing it up in a tie at the back of his head as soon as he’d gotten out of the shower. At least he’d showered, he thought. Considering he’d slept for shit the night before, a shower after sweat-slick dreams had been the only recourse. He quickly ran his hand through it a few more times, getting out most of the rat’s nest and pulled it back up before the owner of their new project showed up and called him a heathen.
Graham sighed, sliding his hand over his beard to straighten it out. Since it had grown past his chin and almost touched his chest if he lowered his head just right, he already looked the part of a heathen to some. Add in the ink covering his body and the piercings only those in his bed could see, he didn’t fit the ideal image of a business man that someone of this caliber would want to work with.
And that was just find with him.

Want to win a swag pack? 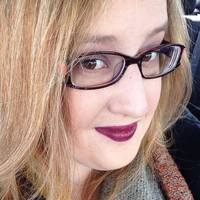