The Angel Wore Fangs by Sandra Hill - Review and Giveaway 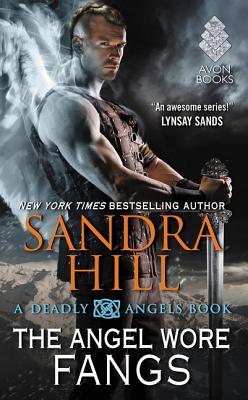 Once guilty of the deadly sin of gluttony, thousand-year-old Viking vampire angel Cnut Sigurdsson is now a lean, mean, vampire-devil fighting machine. His new side-job? No biggie: just ridding the world of a threat called ISIS while keeping the evil Lucipires (demon vampires) at bay. So when chef Andrea Stewart hires him to rescue her sister from a cult recruiting terrorists at a Montana dude ranch, vangel turns cowboy. Yeehaw!

The too-tempting mortal insists on accompanying him, surprising Cnut with her bravery at every turn. But with terrorists stalking the ranch in demonoid form, Cnut tele-transports Andrea and himself out of danger-accidentally into the 10th Century Norselands. Suddenly, they have to find their way back to the future to save her family and the world . . . and to satisfy their insatiable attraction.

Vikings, Angels, Viking Angel Vampires.....what else do you need in a paranormal read?  Oh, how about a Viking Angel Vampire (Vangel) that looks like Ragnar Lothbrok, a strong heroine who isn't going to take too much Alpha behavior, steamy moments, suspense, action, food, lots and lots of food ,(some that sounds like I need it in my belly now and some that sounds like...well just makes me shudder, haha.) and time travel!  It's all here and it all works.

I have to admit that this is the first book in the series I have read and of course it is the last of the brothers books, seven deadly sins, seven brothers, I'd say seven books but I think that there are enough loose ends to be at least one more or perhaps a spin-off series.  While I can see that there were moments I had missed out on some part of the story it wasn't so bad that I felt the need to stop and go to book one before I could continue.  If you are just starting the series I do suggest doing that, but you won't be terribly lost if you don't.  I will definitely be going back to book one and getting caught up though!

SevenViking brothers are being punished for not only taking up but truly living one of the seven deadly sins.  Pride. Envy. Wrath, Gluttony. Lust. Sloth. Greed.  Gluttony is the focus of this book, the sin of  Cnut, (sounds like newt....you don't want to know how long I went around saying it wrong, *cringe*) their punishment is doled out by none other than the Arch Angel Michael, (Oh how I would love to see him get his own story...I think he 'deserves' one after all this, haha) a hard task master to be sure.  The brothers are each turned into immortal Vangels sworn to fight against demons and to live a life that will wipe clear their past sins...of course Michael can't leave it at a 700 year sentence, no he takes on years for each infraction or sin the brothers commit meaning that even after one thousand one hundred and sixty-six year they are just a little bit closer to earning their wings and ascending to heaven.  Cnut will of course as the 'owner' of gluttony find his salvation in chef, there could be no other for him.  I really enjoyed Andrea, the heroine.  She knows what she wants and how to get it.  She is a bit of a pushover when it comes to her family but considering the dynamics of that family I don't think I can blame her...I'm still pretty much not a fan of anyone in her family other than her, eek.  I enjoyed that she was strong enough to not only know her own mind but to not let herself get pushed around either by the hero or any of the secondary characters.  She'll take her alpha with a side of the bedroom but not outside of it, lol.

Another thing I really loved about the story is Cnut's vulnerability.  The fact that he may now look like Ragnar Lothbrok doesn't mean he feels like him, even after a thousand years.  I think it is a good point that no matter how we change ourselves on the outside often forget to change how we feel about ourselves on the inside.


"She was teasing, or so he surmised.  Despite centuries of having lost his repulsive fat, he still thought of himself as unattractive.  He was inside."

I absolutely fell for Cnut in this moment because it was so easy to relate to that feeling.  Here's this handsome immortal Viking that is uncomfortable with who he is on the inside because of who he used to be on the outside, how refreshing is that to see in a male hero?

I also enjoyed that while a good portion of this book occurs in the past (what a wonderful look into the world during the Viking Age) the tie in to the present has to deal with ISIS a battle that rages on in  our world as I type.  It's a small part of the book and not a true snippet into the world of ISIS but it is something that gives the reader a known connection to the book.

The banter in the book and the inner monologue from Cnut will keep you giggling as you read and don't be surprised if you find yourself in your kitchen creating a peppermint coconut vanilla cake, in fact I think I might go do that now.

This is a fun, romantic, cleverly written book.  If you are a fan of paranormal romance and are looking for something a bit different than I would guide you in the direction of the Deadly Angels.  Remember that while you don't have to have started at book 1 ( I didn't) you will likely want to go back and read them anyway so go ahead a pick up that first book!

“Fans of paranormal and time travel will get a kick out of this sexy and often humorous addition to the Deadly Angels series. Viking vampire angel Cnut is a completely strong hero, and Andrea, his accompaniment, is matched with him perfectly. Their antics will make readers giggle, and their adventures will keep fans at the edge of their seats. Hill’s vivid imagination really shines!”
—RT Book Reviews on The Angel Wore Fangs

“An awesome…series! Kept me up late into the night reading. Looking forward to the next installment.” — New York Times bestselling author Lynsay Sands

“Hill has written another winner featuring her Viking vampire angels. In her fourth in the passion-driven Deadly Angels series, two of the most unlikely characters, Mordr and Miranda, are thrown together and the result is laugh-out-loud humor and unrivaled sex appeal.”
—Romantic Times Book Reviews on Kiss of Wrath

“With her clever dialogue, often bawdy situations, and great cast of characters, including a warrior woman, a proverb-spouting wise man/healer from the East, and a saucy cook, Hill has created another wickedly wonderful story.” —Booklist (starred review) on Kiss of Wrath

“Thanks for the laughs and the heartfelt emotions, Ms. Hill. I loved this one and am looking forward to the next book in this exciting series.” —The Romance Reviews on Kiss of Temptation

Earthy, laugh-out-loud hilarious, and lusty, this tenth-century revel takes readers back to a much-less-refined time and is just plain fun. Hill’s (Viking Heat) Viking series are legendary; her fans are sure to enjoy this latest addition.” —Library Journal on Kiss of Surrender 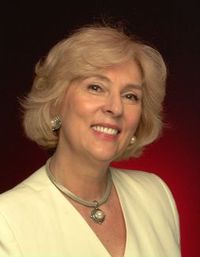 Sandra Hill is a graduate of Penn State and worked for more than 10 years as a features writer and education editor for publications in New Jersey and Pennsylvania. Writing about serious issues taught her the merits of seeking the lighter side of even the darkest stories. She is the wife of a stockbroker and the mother of four sons