Roses and Rot by Kat Howard - Review and Giveaway 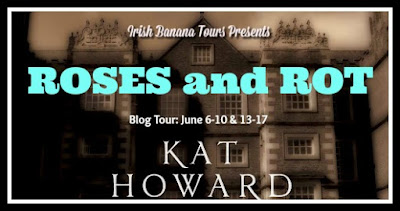 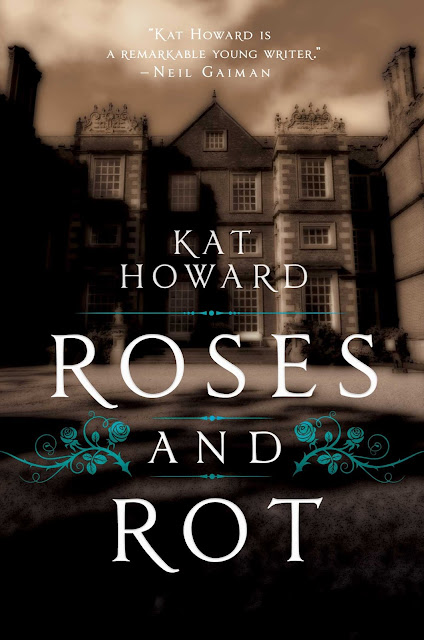 Imogen and her sister Marin have escaped their cruel mother to attend a prestigious artists’ retreat, but soon learn that living in a fairy tale requires sacrifices, be it art or love.

What would you sacrifice in the name of success? How much does an artist need to give up to create great art?

Imogen has grown up reading fairy tales about mothers who die and make way for cruel stepmothers. As a child, she used to lie in bed wishing that her life would become one of these tragic fairy tales because she couldn’t imagine how a stepmother could be worse than her mother now. As adults, Imogen and her sister Marin are accepted to an elite post-grad arts program—Imogen as a writer and Marin as a dancer. Soon enough, though, they realize that there’s more to the school than meets the eye. Imogen might be living in the fairy tale she’s dreamed about as a child, but it’s one that will pit her against Marin if she decides to escape her past to find her heart’s desire.

I am going to admit, I waffled a little bit on this book at first.  I went into it completely taken away by the concept, ready to be blown away and mesmerized.  As I read I thought oh no, I don't know if I am going to like this book...wait, oh, I really liked what she did there....oh, Imogen, Imogen....gasps, okay, I see what you did there...and on it went.  My emotions and I tumbled through this book like we were in a dryer, up and down, round and round and when I closed the back page I just had to sit for a bit.  There is a quiet elegance about this story that leaves you peacefully fulfilled when you get to the end.  It is a story that takes you on a journey, but it feels almost as if you are finding your own way through the journey.  It isn't just a story about Imogen and Marin.  It isn't just a 'coming of age' story, it isn't just a story about a fantastical utopian artist retreat or love and sisterhood.  It is a story that leads you personally down a path and gives you an ending but in such a subtle way it is as though you were the one choosing the path, walking the path, deciding which turns to take and which to avoid.

It is a story that has to be looked at as a whole, not in chapters or sections.  As Imogen does, you have to live this story through the authors words, give it your undivided and honest attention.  It's a poetic tale with an urban fantasy setting that will have you thinking about it days later; have you wondering for many more...how much would you give for your dreams?  Would you give everything?

Imogen and Marin have been raised and abused by a woman many of us would nickname 'Mother Dearest'.  She abused them both mentally and physically, but she took special interest in Imogen because unlike Marin, Imogen found her talent in an art form not as high profile as her sister, Imogen's talent lay in her mind and is released through her fingertips, Imogen is a writer.  As soon as she was capable Imogen 'fled' from her home, through money she had secretly saved and scholarships she was able to do what Marin could not and escape the misery and abuse of their mother, but this escape came with a price, the loss of her best friend, her sister's support and care.  The two girls have not seen one another and barely spoken in the past ten years since Imogen escaped but now at Marin's direction they will both be attending the prestigious artists retreat, Melete.

What is the saying:  If it is too good to be true than it probably is?  This is the case with Melete.  It is utopia, it is peace and guidance, it is a place to connect and grow, it is everything an artist could want as they strive to become the very best in their art, which sadly for many does not mean their very best self.  As with most things, Melete gives but it will also take and the price, well I can't tell you what the price is because as it happened with me I think that you should go into this book thinking you know how things will play out and finding that maybe what you thought, like Imogen isn't what you get at all.

There were so many things that I loved about this story, the bond between sisters, the almost prose writing style from the author, Imogen's tale as she weaves it through out the story, the secondary characters and relationships, the surprise element that ties the story all together.

I struggled a little with the pace in the beginning but it soon evens itself out and keeps you turning pages until you hit the last almost unexpectedly.  I wish we had a bit more resolution with a particular relationship but that's because I am a total HEA girl and I really liked a certain person....you get an HEA don't worry, it just may not be the HEA you expect.  Which I think is how to end this...This book is more that what you expect, the best thing I can say is go into it with as few expectations as possible because I promise you your expectations will be blown away with what you get.

One side note:  I have seen this flagged as a YA read.  In my opinion this is not a YA.  This is simply an Urban Fantasy.  I would suggest that it will be perfectly fine and a wonderful read for older teen, but with some of the relationships it may not be the best choice for a younger teen.  As always much of that depends on your family so if you are a parent looking for a Fantasy read for your younger teen I just ask that perhaps you read it first and make the decision that best fits your family.  You will be happy you took the time to read it anyway because it is a beautiful story!  :-)

Giveaway:
(One Finished Copy of Roses and Rot, U.S. Only)
a Rafflecopter giveaway 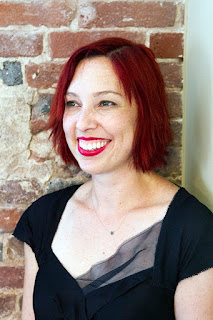 Kat Howard lives in New Hampshire. Her short fiction has been nominated for the World Fantasy Award, anthologized in year's best and best of collections, and performed on NPR. Roses and Rot is her debut novel. You can find her on twitter at @KatWithSword.