The Sexy One by Lauren Blakely ~ Cover Reveal

From the NYT Bestselling author of
MISTER O,
comes a sexy new standalone romance…
THE SEXY ONE!

Releasing October 17th, THE SEXY ONE will bring readers more of Simon, the hot single dad you met in MISTER O.

Cover created by Helen Williams
with photography by Perrywinkle Photography.

1. She works with me every single day.

Did I mention she's gorgeous, sweet, kind and smart?

Playing with my five-year-old daughter. Teaching my little girl. Cooking for my princess. Which means…

And that makes her completely off-limits…But it doesn’t stop me from wanting her. All of her.

The other nannies in this city don't call him the Sexy One for nothing. My boss, the amazingly wonderful single father to the girl I take care of every day is ridiculously hot, like movie star levels with those arms, and those eyes, and that body. Not to mention, the way he dotes on his little girl melts me all over. But what really makes my knees weak are the times when his gaze lingers on me. In secret. When no one else is around.


I can't risk my job for a chance at something more…can I? But I don’t know how to resist him much longer either…

Sign up for Lauren’s newsletter to receive an alert when THE SEXY ONE is live on Kindle on release day at http://laurenblakely.com/newsletter/

The audiobook will release the same day as the eBook on October 17th and will be narrated by Sebastian York and Andi Arndt! 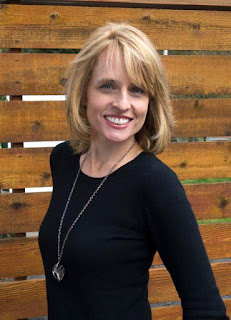 Since self-publishing her debut romance novel CAUGHT UP IN US three years ago, Lauren Blakely has sold more than 1 million books. She is known for her sexy contemporary romance style that's full of heat, heart and humor. A devout fan of cake and canines, Lauren has plotted entire novels while walking her four-legged friends. She lives in California with her family. With ten New York Times bestsellers, her titles have appeared on the New York Times, USA Today, and Wall Street Journal Bestseller Lists more than fifty times. Her bestselling series include Sinful Nights, Seductive Nights, No Regrets, Caught Up in Love, and Fighting Fire as well as standalone romantic comedies like BIG ROCK and MISTER O, which were both instant New York Times Bestsellers. In the fall she'll release WELL HUNG, another romantic comedy.

SaveSave
Posted by Malissa at 10:00