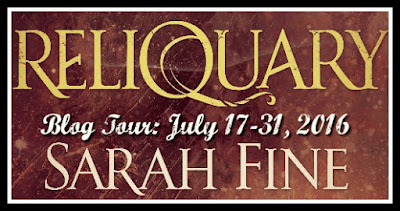 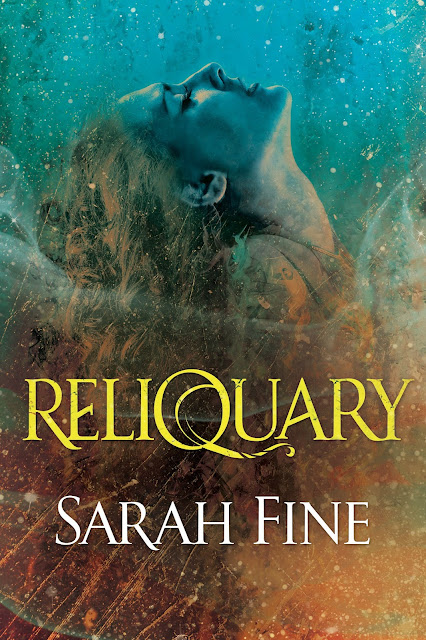 Mattie Carver’s engagement party should have marked the start of her own personal fairy tale. But when her fiancé, Ben, is violently abducted the next morning, her desperate quest to find him rips her away from small-town life and reveals a shattering truth: magic is real—and Ben is hooked. It’s not the stuff of storybooks. It’s wildly addictive, capable of producing everything from hellish anguish to sensual ecstasy almost beyond human endurance.

Determined to find out who took Ben and why, Mattie immerses herself in a shadowy underworld and comes face-to-face with the darkly alluring Asa Ward, a rogue magic dealer, infamous hustler…and her missing fiancé’s estranged brother. Asa has the power to sense magic, and he realizes Mattie is a reliquary, someone with the rare ability to carry magic within her own body, undetected. Asa agrees to help find Ben on one condition: Mattie must use her uncommon talent to assist his smuggling operations. Now, from magic-laced Vegas casinos to the netherworld clubs of Bangkok, Mattie is on a rescue mission. With Asa by her side, she’ll face not only the supernatural forces arrayed against her but the all-too-human temptation that she fears she can’t resist.SaveSave

What would you do?  You wake up the day after your engagement party and your fiancé is gone, the police seem unconcerned, evidence is piling up that your fiancé is not who you believe he is....what would you do?  If you're Mattie Carver you set out on a mission to rescue your fiancé and end up falling (literally) into a world you never knew existed, into an ability that changes who you are, and into the clutches of a man who turns out to be as dark and troubled as you have been lead to believe but he is nothing like what you expect.

So I have gone back and forth with this one, did I love it or did I just like it.  I loved so many parts of it, but then there where these few little things that set my teeth to grinding and making me question how I felt about it all.

What did I love?  I loved Mattie, she's kind, she's loyal (to a huge fault), she's a bit clumsy, she has an amazing relationship with her family, she's brave in a caviler way which leads her to ending up in surprising (to her) situations....She's an every girl with a little something extra.

I loved, LOVED, Asa!  I have always been a sucker for the bad boy that really isn't so bad and Asa is a perfect version of this.  He's the misunderstood anti-hero that steals the readers heart as he leads them on a broody yet merry chase.  He suffers silently, he quietly takes on the world and protects the ones he cares for.  he's best friend, Gracie...a Pitbull who like Asa, has clearly taken the world on her shoulders and just wants love.

The world building and magic.  I loved the concept of this book.  This world isn't something that I've come across before.  There are four types of magic: sensing, pleasure, manipulation and Pain then there are three types of human vessels, Reliquaries, Conduits, and Naturals.  I enjoyed that Sarah created this world of magic as sort of the underbelly of society, it gave me the feel of a grungy 19th century time period (although this is all very much contemporary) where gangs ruled ad opium dens were the dirty little secret.  This seedy world lends to the suspense aspects of the book and creates a believable flow.  I also like that Mattie who is in all essence a 'golden child' gets thrust into this world where her halo gets a bit tarnished but at the same time she brings a light into the darkness there and if we are all very VERY lucky leaves her mark on it and in particular on 'him'.

What I wasn't a fan of.  Ben.  I don't need to say much more than that.  I don't think that Sarah has an intention of us liking him.  From the moment the book begins we know that he's hiding secrets.  Before I realized where the book was going I had hope for him but nope, now I just want him gone.

Most of what I don't like actually revolves around Ben to be honest.  I didn't like how unfailingly loyal Mattie is to him even as she discovers more and more that should sway her opinion....a huge one being that he used magic on her and the kind of magic, lets just say as politely as I can...he was taking serious advantage of her, grrrr.

The end.  The end ticked me off.  Now that's not to say I won't come back and read the next book because I so will.  It isn't an ending that ruins everything (like that book I shall not name) and leaves you tossing your Kindle/Book across the room then stomping on it madly.  It's an ending that makes you want to reach through the pages and shake a few characters until the get their heads on straight.  It is an ending that WILL have you coming back for the second and third book because it leaves you angry but hopeful.

Finally and I while it wasn't a huge deal for me I know for some people this is an issue....There is a love triangle.  Now, you should know straight off that this love triangle does not involve cheating.  Mattie is dedicated (regardless of whether she should be or not) to Ben, Asa never pushes her to be anything else...but there is a emotional connection between Asa and Mattie that makes you wish she would just throw it all to the wind.  If you are not a fan of the love triangle trope you may want to hold off on reading the books until the entire series is out which lucky for all of us is not long.  Book two, Splinter, releases 2 August and the final book, Mosaic, releases 15 November.

If you are looking for something fresh in the paranormal/fantasy world this would be a great addition to your bookshelves.  If you enjoy subtle, building contemporary romances check this book out.

Giveaway:
(3 Finished Copies of Reliquary, US only)
a Rafflecopter giveaway 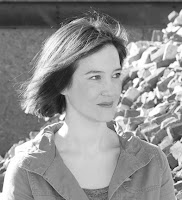 Sarah Fine is a clinical psychologist and the author of the Servants of Fate and Guards of the Shadowlands series. She was born on the West Coast, raised in the Midwest, and is now firmly entrenched on the East Coast.