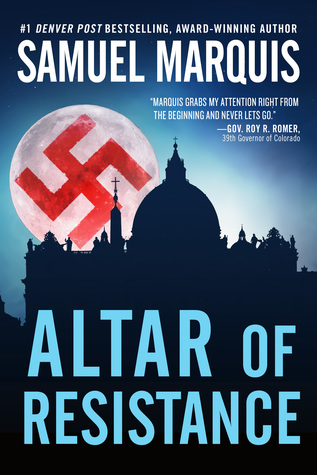 The gripping story of the Italian Campaign and Nazi Occupation of Rome in 1943-1944 through the eyes of the Allies, the German Occupiers, Pope Pius XII and the Vatican, and the Roman Resistance. Book 2 of the bestselling, award-winning WWII Trilogy.


In this second thriller in the bestselling WWII Trilogy, the Eternal City of Rome during the Nazi Occupation of 1943-1944 is a besieged city. In this perilous wartime setting, Rome is a tinderbox of four conflicting parties:

• The Germans—represented by Waffen-SS Colonel Wilhelm Hollmann, the German father of John Bridger—trying to throw the Allies back into the sea while holding Rome hostage and using it as a staging ground and supply line to the front.

• Pope Pius XII, deeply involved in the plot to remove Hitler from power while struggling to maintain Vatican impartiality, mediate between the West and Nazi Germany, save Rome from destruction, and protect the city’s Jews and others from extermination.

• And finally, the Partisans represented by Teresa Kruger, daughter of Hollmann and half-sister of John Bridger, who during the German Occupation is transformed from a passive member of Rome’s
aristocracy to an active Resistance fighter.

Based on actual historical events and newly released OSS/CIA and KGB documents, Altar of Resistance recounts in detail the long, hard road that led to the Allied liberation of Rome. War is about simple survival, and Bridger and Teresa must battle their father and the Nazi occupiers in the name of freedom; while the Allies’ secret agent—Roman-born Pope Pius XII, leader of the Vatican’s Church of Spies and codenamed the “Chief”—orchestrates events behind the scenes in an effort to thwart German oppression, ensure the overthrow of the Führer, and usher in a viable post-Hitler government.

An Interview with Samuel Marquis

1. Altar of Resistance is your sixth novel in a little over a year, and the second book in one of three very different series. That’s incredibly prolific—how do you stay disciplined and focused as a writer (especially while maintaining a career as a VP at an environmental consulting firm)?

It’s not easy to juggle everything, but I do it because I love to write compelling stories. I also happen to have a backlog of seven very good thrillers since I have been at this for a few years and have had two New York literary agents. But the main reason I do it is because my father died a year ago anmy new motto is “I Ain’t Wasting Time No More” in honor of the legendary Allman Brothers’ song. Good stories need to be out there in the world, and it doesn’t matter how they get there. Indie, traditional, hybrid —they are, ultimately, all the same. It’s about the storytelling and nothing more. Compelling stories and compelling voices must be heard, and it doesn’t matter what road they take to reach out and touch readers.

2. How does it feel to return once again to your WWII series (Book 1, Bodyguard of Deception, was released in March 2016)? Why is Altar of Resistance (Book 2 of the series) an important book?

I love researching and writing WWII espionage thrillers most of all, but the genre does take a lot of hard work and the book readers tend to be some of my harshest critics (insert laughter). Altar of Resistance is a basically a history book, written as a thriller, covering the German Occupation of Rome and Italian Campaign of 1943-1945. It is an important subject for several reasons. First, the Italian Campaign—or the Guerra di Liberazione (War of Liberation) as Italians prefer to call it—was the only theater of operations that included a major world leader, Pope Pius XII, caught up not only in the middle of the fighting but in the midst of a Nazi occupation and a major plot to assassinate Adolf Hitler. Second, it involved the most diverse assemblage of nationalities and differing races among the Allied and Axis armies during WWII, including not only Americans (including Native -Americans, African -Americans, Hispanic-Americans, and Japanese -Americans), British, an d Germans in the
fighting, but also Italians (on both sides), Austrians, Yugoslavians, French, Moroccans, Canadians, New Zealanders (whites and Maori), Poles, Nepalese, Indians (all faiths), South Africans (white, Asian, black, Zulus), and in the air forces, Australians, Rhodesians, and others. The war in Italy was a truly multinational and multiracial affair in a truly global war. Finally, the Italian Campaign showcased some of the most furious fighting of the war with over a million total casualties, including more than 300,000 Allied and 500,000 German casualties and over 150,000 Italian civilians killed
. I wanted to recreate this monumental event in American and world history in a sprawling, epic spy thriller reminiscent of Ken Follett’s WWII novels.

3. What are the biggest lessons you’ve learned so far during your ambitious and successful publishing journey?

There is only one reason to be a suspense writer, and that’s to write great stories that resonate and will stand the test of time. Unless you’re a mega -bestselling author, there is certainly no reason to do it for the money. Telling compelling stories, then, is the sole justifiable reason to write novels that meets every litmus test. If you’re doing it for any other reason, you’re in the wrong business. It’s about the art of great storytelling and nothing else.

4. You mentioned that you are especially interested in military history and intelligence, specifically related to the Golden Age of Piracy, Plains Indian Wars, World War II, espionage, and the War on Terror. What is it about those subjects that fascinate you, and does that fascination influence your work?

The short answer is that I’ve always loved history, especially the underdogs and iconoclasts of American history. I grew up watching classic World War Two movies and Westerns with my dad like The Great Escape, The Good, the Bad, and the Ugly, The Dirty Dozen, The Wild Bunch, Where Eagles Dare, and Patton. These movies had a profound impact on me and the stories I have come to tell. Because of this, it should come as no surprise that my books have been compared to The Great Escape, Public Enemies, The Day of the Jackal, and old-time Westerns. One reviewer said of my WWII thriller, Bodyguard of Deception:

“Marquis throws in everything but the kitchen sink.”

I consider that not a criticism, but a badge of honor, and a tribute to me and my late father and the movies we watched together growing up. Bodyguard of Deception is currently an Amazon Bestseller in Historical Thrillers, as well as a Top 10 Best World War II Spy Book and Top 10 Fiction Book Set During WWII on Goodreads, along with such WWII thrillers as Follett’s Eye of the Needle and The Key to Rebecca, Daniel Silva’s The Unlikely Spy, and Ben Mcintyre’s Agent Zigzag and Double Cross.

5. Who are your greatest literary influences?

6. What is the number one thing you want readers to take away from your novel?

I want people to root for the underdog. All of my books feature underdogs, iconoclasts, and sympathetic villains that are torn up inside on account of the havoc-causing decisions they are forced to make. I also want the reader to come away having learned something, whether it be about WWII spy tradecraft, German POW camps in America, the CIA and modern-day espionage, deep well fracking and earthquakes, political assassinations, or the book publishing industry with warts and all. 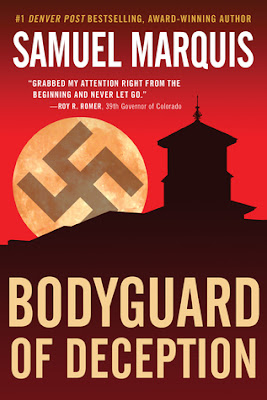 Can the American and British Allies stop a vaunted German spymaster and his U-boat-commander brother from warning Hitler's High Command about the Allies' greatest military secret? It is a secret that could win the war for Germany--or, at the very least, delay the outcome for years with an inestimable cost in bloodshed, physical destruction, and suffering. And it is a secret that the two contentious brothers must grapple with within their own Wehrmacht ranks, as they bring U.S. and British intelligence to their knees on America's doorstep with the clock to D-Day ticking down. From a U-boat on the frigid North Sea to a brutal British interrogation center in heart of London to a
remote German-POW camp and the world-famous Broadmoor Hotel overlooking the high plains and snow-dusted mountain peaks of Colorado, Bodyguard of Deception will keep you guessing until the final chapter. 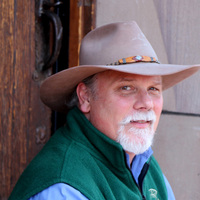 Samuel Marquis is a bestselling, award-winning suspense author. An Expert Witness in groundwater contaminant hydrology, he works by day as a VP-Hydrogeologist with an environmental firm in Boulder, CO, and by night as a spinner of suspense yarns. His first two thrillers, The Slush Pile Brigade and Blind Thrust, were both #1 Denver Post bestsellers, and his first three novels received national book award recognition. The Slush Pile Brigade was an award-winning finalist in the mystery category of the Beverly Hills Book Awards. Blind Thrust was the winner of the Next Generation Indie Book Awards in the suspense category, an award-winning suspense finalist of both the USA Best Book Awards and Beverly Hills Book Awards, and a Foreword Reviews' Book of the Year award finalist (thriller & suspense). His third novel, The Coalition, was the winner of the Beverly Hills Book Awards for a political thriller.

Former Colorado Governor Roy Romer said, "Blind Thrust kept me up until 1 a.m. two nights in a row. I could not put it down. An intriguing mystery that intertwined geology, fracking, and places in Colorado that I know well. Great fun." James Patterson compared The Coalition to The Day After Tomorrow, the classic thriller by Allan Folsom. Donald Maass, author of Writing 21st Century Fiction and two novels, compared The Coalition to The Day of the Jackal. Other book reviewers have compared Bodyguard of Deception to the spy novels of John le Carré, Daniel Silva, Ken Follett, and Alan Furst. The first thriller in Mr. Marquis's World War Two Trilogy, Bodyguard of Deception is currently a Top 10 Best World War II Spy Book and Top 10 Fiction Book Set During WWII on Goodreads along with such WWII thrillers as Follett's Eye of the Needle and The Key to Rebecca, Daniel Silva's The Unlikely Spy, and Ben Mcintyre's Agent Zigzag and Double Cross.

Mr. Marquis lives in Colorado with his wife and three children and he plays competitive lacrosse, hikes, and skis on weekends when he isn't writing.