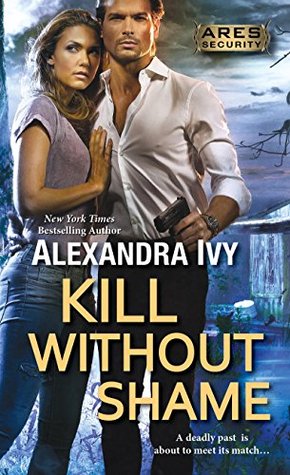 
Five brave military heroes have survived the hell of a Taliban prison to return home—and take on civilian missions no one else can. They’re the men of ARES Security. Highly skilled, intimidating, invincible, and one by one, tested again and again…

Lucas St. Clair’s prestigious family had a political future neatly planned out for him—one that didn’t include his high school sweetheart, Mia Ramon. Under their pressure, Lucas gave her up. But since surviving captivity, he’s a changed man—and a crucial member of ARES Security. When he discovers a dead man clutching a picture of Mia that bears a threatening message, his fiercest protective instincts kick in, and he knows he must go to her.

Mia has never forgiven Lucas for breaking her heart, and she’s convinced her feelings for him are in the past. But it’s soon clear that isn’t true for either of them. Now, determined to solve the crime and keep Mia safe, with his ARES buddies backing him up, Lucas will have to reconstruct the murder victim’s last days—and follow a lethal trail that leads right back to the fate of the woman he still loves…

Another great addition to this new series. After meeting the 5 members that make up the Ares Security team in Kill Without Mercy I was more than ready to see where Lucas St. Clair's story was going to lead us.

Lucas St. Clair is the estranged son of a wealthy southern political family. He's carried the weight of his families expectations and his separate desires on his shoulders his entire life, he's given up the only thing he's loved because of his family but now she's in danger and he can't stay away.

Mia has no idea what danger lurks around the corners in her home town. She's spent the last 15 years quietly building her life and trying to rebuild her heart after having it crushed by Lucas St. Clair. Now he's back telling her she's in danger and demanding to be the one to protect her but her heart will be what needs protecting the most in the end. Can they both let go of the past and create a new future or is there too much history and hurt between them and will it get her killed?

Kill Without Shame is a second chance love story that will have you wanting to smack a couple of people upside the heads and rooting for them all at the same time. I am a sucker for second chance romances and this is one of the better ones out there lately. Lucas walked away for valid although frustrating reasons but he never truly left Mia's side. Mia, while she may have been broken she never gave up. I love that through her hurt she found herself and refuses now to be any thing other than who she was always meant to be. I also loved that the person she is now is the one that Lucas always wanted. I know that may sound a little confusing but trust me it will make perfect sense when you read it and it will be an integral part to the story. Mia was always meant to be a strong independent woman and when she was given the chance she took it and ran with it.

I appreciated greatly that Lucas while having alpha male tendencies recognizes Mia's need, willingness, and ability to help. He may not like it but he learns to accept that she won't be pushed aside and hovered over either because he feels the need to protect her or because he wants to coddle her.

One of the things I most enjoy about this series is the ties that bind the 5 men of Ares. I ache for what they went through to bring them together but I love what became of it. I love that through trial they have become a family and will stand with each other through anything . I love that these guys all have that Veteran Male Alpha-ness about them but not once have any of them come across as too strong to accept or desire help and love either through a friendship with their other 'brothers' on the team or through the romantic relationship for each individual. These are strong male characters but they aren't afraid to feel.

I am also a huge fan of the fact that each book while having a thread that ties it to the past one and future ones is it's own story. The story of the relationship is the main focus and if you decided to pick up book two with out having read the first book you won't be completely and utterly lost. We do get a good look at more of what will be coming for Hauk. I am so curious about how his story is going to play out since we have seen little pieces building in these first two books. It isn't enough to make you feel like you have to read them in order but it is enough to get your curiosity moving on high and anxious for more. There are 5 guys in all at Ares so unless something changes over the next few books I think we have at least 3 more books to go and I can't wait to get my hands on each of them.

If you are a fan of Military based Contemporary Romances with a bit of suspense these are great reads and I highly suggest giving them a try! 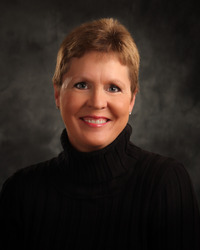