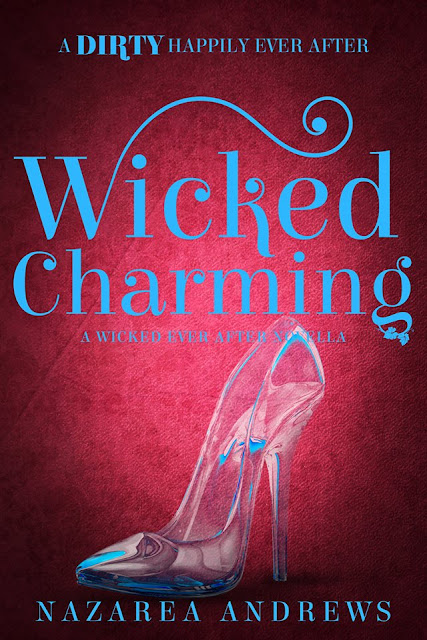 He’s at the top of the world.
He’s rich, sought after, and in control.
And he’s bored.
A string of one-night stands have left Samul Charming increasingly dissatisfied. When his mother pushes him to settle down, his best friends come up with a brilliant plan:
Audition the submissive at The Kingdom.
The problem is, Charm knows who he wants: the only girl to challenge him, while submitting as naturally as breathing.
But he can’t have her.
With the entire club watching and his parents expecting him to settle down, Charm decides to settle.
But love in the Kingdom is never simple and it is never painless.
And Charm is about to be reminded of that. 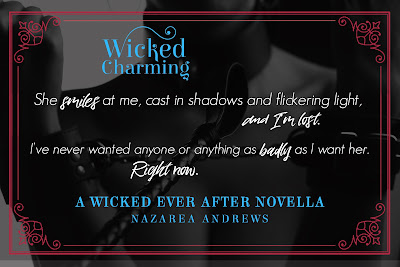 Samul Charming is under pressure.  He is tapped to take over his father's Fortune 500 company, he is expected to mingle in society, to show his maturity through his romantic attachments, i.e. a serious relationship.  Only none of these things are what he wants.  Charming has never desired to sit at the helm of his families fortune, in fact he is quite happy and content running The Kingdom, an upscale and highly regarded BDSM club in Atlanta.  He's content with his friendships, the strong ties that bind him together with the three other men who also run The Kingdom...although we all know that really one man runs it all, Malachi White and I am ever so curious about him.  The one place where Charming isn't content is in his love life.  He has the world at his feet: money, power, women...but the one thing he truly wants eludes him, some one to call his own.

Celeste is the Cinderella to Samul's Prince Charming.  Her life is not hers to live freely since the passing of her mother, father, then step-mother.  Her two step-sisters gained everything that should have ever been hers and Cora at least refuses to allow Celeste even a portion of what is rightfully hers.  I loved Celeste, she is strong enough to stand up for herself against Samul, giving him what she can but still maintaining her integrity and self.  I wish she could have done the same against Cora.  I will say that the resolvement of the issues between her and her step sisters is one of the reasons that kept me from giving this a 5 star review.  Cora and her sister clearly impact Celeste's life, Cora especially but yet in the end we don't get the same closure between the sisters as we did in the original fairytale.  I wanted to see Cora lose it all but instead she seemed to melt into the background once her part was done.  I have issues with vengeance and retribution though so that fact might not bother most readers, haha.

What really gets me is learning who these four main characters are.  These four men who come from various backgrounds and are each a bit of an enigma, particularly Beast and Mal.  Now Mal isn't in this series as one the stories so I am extremely curious to see how his story plays out because clearly as important as he is in this world Nazarea can't just brush him under the rug when we have finished with Beast and Wolf.  I most assuredly want more of them all but especially of Mal.  I had a little difficulty deciphering the relationship between the four, it isn't explained early on how they all came together in the beginning but towards the end we get a deeper look into their attachment to one another and how they mesh.  They all seem so different and so alpha (even in his own way Beast) so you think that these four men could't possibly work together but they have each found their role and they stick to it making it work.  If they didn't stick to their roles there is no way these men could work together in harmony.  I love their friendship and how much they care for each other, even when they are angry, and I am looking forward  to learning more about them individually and as a unit through each book.

If you are looking for something a bit different that revolves around deep friendships, redemption, love, and some pretty darn steamy and swoon worthy moments definitely give this a go.  The series is a group of novellas so these will be quick reads but they have enough depth to make you feel like you're getting a full novel, only you'll find yourself at the end of the book sooner than you want and wishing for more while being content with the ending of the story. 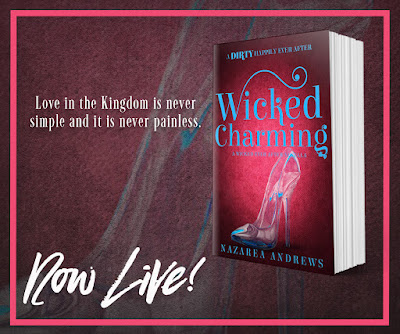 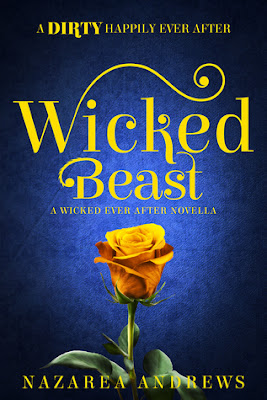 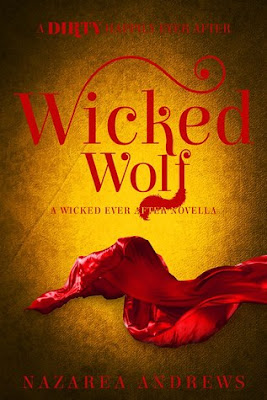 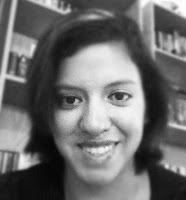