The Origins of Benjamin Hackett by Gerald M. O'Connor - Spotlight

I am really excited to share
The Origins of Benjamin Hackett
by Gerald M. O'Connor with you today.
I have been out of town due to a family funeral but have this on the top of my review pile for next month.
Check it out below and look for my review next month!

The Origins of Benjamin Hackett is out now! 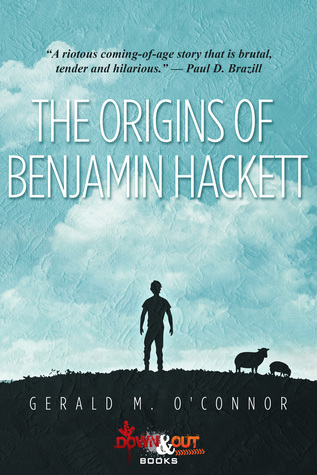 All families have secrets. Most go untold…

In the summer of ’96, Benjamin Hackett has come of age, technically. And in the midst of the celebratory hangover, his world is whipped out from under his feet. His parents have finally shared their lifelong secret with him; he’s adopted.

At the age of eighteen, the boy still has some growing up to do, and with the help of JJ, his loquacious consigliore and bodyguard, he embarks on an adventure that’ll put to bed a lifetime of lies.

Over the course of five days, they find themselves caught up in the darker side of Cork. But when they sweep through the misfits blocking their way and finally discover the truth of it…now that’s the greatest shock of all.

The Origins of Benjamin Hackett is a tender tale of heartache and displacement told through a wry and courageous voice. Set in Ireland, it’s a timely reminder that the world hasn’t moved on just as fast as we fancy. Now, in this emotionally charged story, Gerald O’Connor explores conditioned guilt and its consequences in a country still hiding from the sins of its past.

Praise for The Origins of Benjamin Hackett:

"The Origins of Benjamin Hacket by Gerald O'Connor is a raucous and riotous coming of age story that is brutal, tender and hilarious." -- Paul D. Brazill, author of A Case of Noir and Guns of Brixton

"O'Connor doles out killer dialogue that adds oodles of character to this hero's journey. Told with the lilt and panache of Joseph O'Connor and Dermot Bolger in their novels of the 90s, Gerald O'Connor is the new and improved voice we've been waiting for." -- Gerard Brennan, author of Undercover and Wee Rockets

"Visceral writing that inherits a long Irish tradition. O'Connor's narrative contains sharp characterisation, and has an assured voice, while dramatising conditioned guilt with humour and style." -- Richard Godwin, author of Apostle Rising, Mr. Glamour and One Lost Summer and others

"If you're expecting the usual coming-of-age tale, you're in for a big shock. This is a tale big on heart and one which the author, Gerald O'Connor, has hied religiously to the advice of Harry Crews for writers, to leave out the parts readers skip. None of those parts remain in these pages. An auspicious debut!" -- Les Edgerton, author of The Death of Tarpons, The Bitch, The Genuine, Imitation, Plastic Kidnapping, Bomb, and others 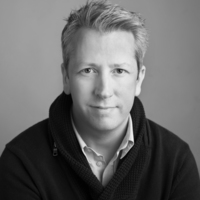 I am a native Corkonian, born in 1975 in the village of Blarney. I studied dentistry in University College Cork and spent 18 years working in the UK. I am currently living in Dublin with my long-term partner, Rosemarie, along with our three children.

I have been writing all my life in many ways, but for the last four years I have been doing it full-time. I love to read all books, no matter the genre. I write character-driven novels of various styles ranging from fantasy to black comedy to contemporary literature. When I am not glued to the keyboard, I enjoy sci-fi films, spending time with my very patient family and being anywhere in sight of the sea.

My first novel ‘The Origins of Benjamin Hackett’ will be released on the 6th of February 2017 by DOWN AND OUT BOOKS, and will be available on trade paperback and ebook formats. I am currently working on the final draft of my second novel ‘The Tanist’ which is due for completion soon.