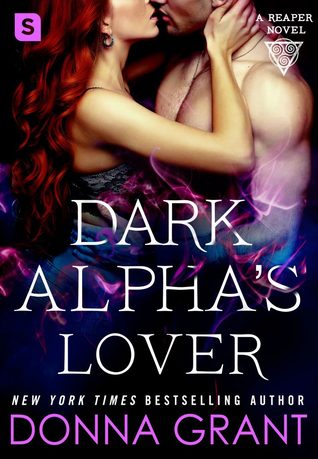 There is no escaping a Reaper. I am an elite assassin, part of a brotherhood that only answers to Death. And when Death says your time is up, I am coming for you…

I answer to no one but Death. I am impenetrable, impervious, immortal. I exist to do Death’s bidding and no one–not Reaper nor human nor Fae–can stand in my way. Except for the bewitching half-Fae, Catriona. She swears the magic in her family passed her by, but I know better. This woman is strong. This woman is powerful. And when her abilities surge forth, no one will be able to stop the Dark Fae from coming for her. Except for me. I want to keep her close. I want to keep her safe. I want lose myself to her, again and again…

I love the Reaper novels, in fact I might even say that since I read my very first Donna Grant book this series has become my favorite.  I know, *gasps are heard around the paranormal book world* I know, I just think that there is something so raw and vulnerable about this group of characters.  They have their secrets yes, heck, they are a secret, but at the same time there isn't this gruff guardedness that I find with the Dragon Kings.  They take me a bit back to the beginning of my DG journey with the Dark Sword series.

Catriona has lost her entire family, all but her grandfather and she knows that now she is being hunted.  Someone wants her family line gone and she is that last obstacle to ending it.  Fintan is one of the mysterious and legendary Reapers.  He (and his team) is Death's sword, her (yes, HER) executioner, the line that holds the balance of the Fae and he's got his eyes on a mysterious woman. One who is clearly more than she seems, particularly if the number of Fae watching her means anything.

One of my favorite things about all of Donna's Heroines is that they stand solidly on their own two feet.  They will make their own decisions and follow through on their choices.  They may not always end up being the right ones, particularly when they are unaware of the whole scheme of what is going on around them but they never allow themselves to be bullied by these tough as nails men and they always bring out the softer side of these Heroes.  They take them from being Alpha jerks to complicated, emotional, (although don't tell them I said that) often times broken 'men' who have guarded themselves and their hearts for so long they don't know how to open up and love.  Fintan and Cat's romance is insta/or love at first site, but that isn't unusual when dealing with the paranormal world.  Yet, while it is a fast paced love it is strife with challenges both physical, (i.e. Cat being hunted) and emotional, (see above about these Reapers and their ability to let go, ha) they may fall into lust with one another pretty darn quickly but that doesn't make everything smooth going.  Not only do Fintan and Catriona have to fight off the Dark Fae and a vile adversary, they have to fight their own personal fears, and then of course there is Death and the rules she has set for her Reapers.

I love the world that Donna has created, her seamless ability to send us between the realms, human, Dark Fae, Light Fae, and now Death's realm, which I kinda want to live in...I also want Death's wardrobe, just saying. I love that the Reaper's are made up of both the Dark and the Light, that Donna is showing us that it isn't as easy as being Darka nd Light, that there is a whole lot of gray in between (Balladyn for example)  I love that she brings in characters from the Dragon Kings, especially Rhi and I can not wait to see how it all ties together.  I have big hopes and dreams for our girl Rhi and I just hope that they end up lining up with Donna's.

I think that the Reaper world is a great escape for Donna Grant's Dragon King fans.  While we all LOVE the Kings, their story has been getting pulled to the ends of it's rope and is on the verge of breaking.  Things have gotten heavy in both good and bad ways and getting to pick up a Reaper story and take a break from that world while not truly leaving it is a breath of fresh air.  Don't worry if you haven't read the Dragon Kings, you don't have to even with a few of the characters crossing story lines.  While I ALWAYS recommend reading a series from the first book on, it isn't a must with this one although you will feel a bit lost at times Donna does a good job of 'reminding' us what has come in previous books.  Once you start though you'll want to go back to the beginning and see how we've gotten from point A to around F(intan) now, haha.  If you are looking for a little something different in the Paranormal Romance genre and haven't tried a Donna Grant book (or even if you have) I highly suggest picking this series up!  My biggest wish...that they would come out in paper back.  Right now they are only offered in e-book or audio format, but hopefully one day I will have these on my shelf! 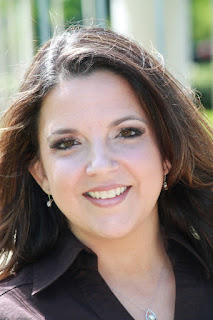 Despite deadlines and voracious reading, Donna still manages to keep up with her two children, three cats, and a dog.