Return of the Lykan King - Candace Blackburn - Excerpt and GiveAway

The biggest fight for the new Lycan King is convincing his Queen that he is committed to her forever. Darren has already fought to convince Cass to give him a chance, but a new Monarchy is just the beginning of the changes to the Lycan Kingdom.
But as secrets and challenges to Darren's crown emerge, his inner circle must close ranks to protect their Kingdom, and to make sure the newly-returned Lycan King keeps his crown.

Candace Blackburn returns to the world of the Lycan King in this epic, edge of your seat third installment! 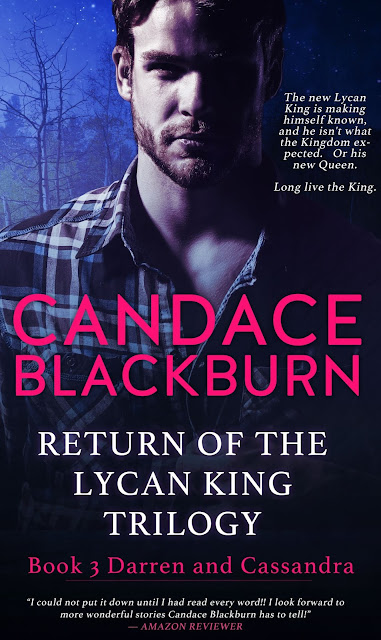 
Darren chases Cass to Ireland, determined to make up for his mistakes. When they return to North Carolina to build their lives together, nothing is the same. Darren has already fought to convince Cass to give him a chance, but a new Monarchy is just the beginning of the changes to the Lycan Kingdom. Secrets and challenges to Darren's crown emerge, and his inner circle closes ranks, to protect their Kingdom, and to make sure the newly-returned Lycan King keeps his crown.

Liam's completion of flight training had rather fortuitous timing. Liam was one of the members of Lex's security team before Darren moved in. Darren snagged the other Lycan on the way to the airport with the subtle threat to "move your ass and don't breathe a word to anyone." Darren looked out the window of the Konstantine jet and didn't see ocean, but he didn't know how close they were to Dublin Airport.

Reading Liam's thoughts would have been easy enough, if Darren hadn't happily discovered that he could block that ability. So, he hadn't been subjected to the "have you lost your fucking mind" lecture that Liam likely received from Lex. Or the "you let anything happen to him, I'll kill you, myself" that undoubtedly followed said lecture.

Darren spent the entirety of the flight thinking of his mate. The pain in her voice, on her face, and the tears in her eyes, all as a result of Darren not claiming her. Pain, he had his own. Not claiming her was a physical, mental hell--it was pain from head to toe. But, he had reasoned that he'd rather live with that pain, than put Cass through one second of his impressive--or not--collection of screw-ups. Not to mention, all the bullshit that came with being King.

I'd rather cut off my own head than cause her pain like I saw that day.

Which is why they were over European airspace, because Cass was in Ireland. She left to escape him.

Because seeing me hurt her.

Liam's voice cleared his guilt-filled thoughts. He ran his hands through his hair and realized he needed to go splash some water on his face. "Thanks."

A minute later, he stood in front of the mirror and frowned. One of his buddies in college looked like he was in a perpetual hangover. Darren's roommate used to tease the guy, telling him that he looked like he'd been ridden hard and put away wet. That saying pretty much summed up the reflection in the mirror.

Maybe I should stop off and get a haircut, buy a new shirt and jeans.

He probably would do that, if it didn't take much time. His primary objective was to find Cass and get them back to the plane as soon as possible. Hell, he might as well tell Liam to file a return flight plan for, what, five hours from now? Yeah, that should do it. He hated the thought of claiming his mate in the bedroom on the plane, but damned if he was going to wait to get back to Raleigh. And, they wouldn't be in Ireland for very long. Oh no. In and out, that was his plan. They'd be back in no time.

"Still don't understand why you wouldn't want another beer. That may have been the best I've ever had. We should take a European beer tasting trip, just for comparison, though. German ales are pretty damned good." They'd only gone in the last bar because Darren caught Cass's scent.

"Not interested." Glancing around the crowded Temple Bar section of Dublin, Darren wondered why Cass would be there. She was private, definitely not the type to hang out in tourist spots.

"Or we could just stay here and sample whiskey. All the whiskey."

Technically, that didn't sound like too bad of a plan, if he weren't searching for his missing mate. "You should get on your knees and thank God that you can't get cirrhosis."

Liam snorted just as Darren thought he'd, again, picked up on Cass's scent. He froze mid stride and almost took out a group of people. Peering inside the closest bar, he inhaled deeply and looked for her glossy black hair. Nada.

Darren turned, making a complete circle so he could visualize everything around him. His frustration was growing. Cass was so close, and he needed to see her. Feel her. Wrap her in his arms. Drop to his knees and apologize for being a colossal ass. Spend the next century begging her forgiveness. Then spend the rest of his life making her happy.

The sounds of barf splattering the pavement shook him out of his thoughts.

"This"--he pointed down at the moaning human in front of him--"is what all the whiskey gets you."

Liam glanced down with disdain as they stepped around the human. "Not me." He waved a negligent hand. "Higher tolerance and all that."

"Mmm hmm." Looking around, again, Darren barely restrained a growl. Cass's scent grew fainter, and he was no damned closer to finding her.

Going to lose my motherfucking mind.

Material brushed his arm, and Darren snarled as his head snapped around. "Hey, do you mind holding my jacket while I tie my shoe?"

What the fuck? Darren snatched the jacket and Liam bent, after casting a pointed glare toward Darren's hands. Claws had already punched through the tips, and if he were a betting person, he'd put money on his eyes glowing. Taking a deep breath and closing his eyes, he slipped on his polarized Ray Bans, covered both fists with the jacket and willed himself to calm.

Biggest white lie ever. If Darren spent two more seconds out there without Liam's assistance, he'd likely have shifted and torn a bloody path through the Temple Bar district.

They needed to get out of public, check into a room and Darren needed to sleep off any jet lag. Then come sunrise, he'd try again.

Liam stood and cast a worried glance at Darren. "Okay?"

Not in the slightest. "Fine. Let's get something to eat, go find a room, and search again tomorrow."

Liam almost seemed to slouch in relief. "Sounds good. We'll hit the roads in the morning."

He confirmed that with a small nod. And I'll spend another sleepless night without her.

Other Books in the Return of the Lycan King Trilogy:

Return of the Lycan King: Book 1 Nicholas and Kristen 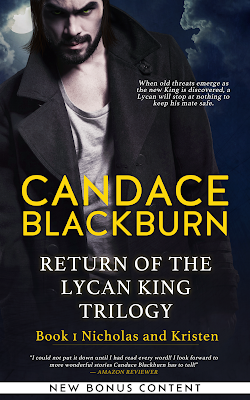 One life, one mate. Nicholas Konstantine has been waiting over a thousand years for his mate. But when he finds her, she's completely unaware of her Lycan biology, and she's battling her own personal demons.

Kristen O'Connor is a recovering addict, with some major trust issues. By not letting anyone get close, she won't get hurt. Yet after one meetiing with Nicholas, her walls are crumbling, and she wants more with this man.

But Nicholas reveals his Lycan side, and hers as well. In addition, ghosts from both of their pasts come back to haunt them. Will they face everything together, or will Kristen's fears be stronger than her love?

Return of the Lycan King: Book 2 Lex and Elizabeth 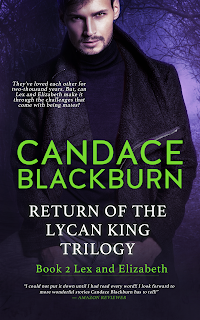 
Lex thought he'd lost her, but Elizabeth is back and she is his mate. But between her getting used to life as a Lycan, threats from dangerous elements looming over their heads and very odd changes in the Lycan kingdom happening all around them, nothing will be easy. Lex and Elizabeth's love has to be the strength to pull them through.

Candace is offering two lucky winners their choice of either a $25 Amazon Gift Card of $25 Barnes and Noble Gift Card! To enter, simply fill out the Rafflecopter below: 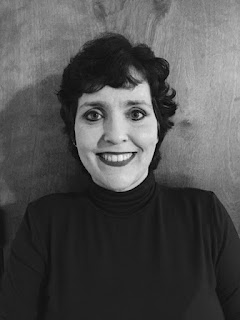 Candace makes her home in North Carolina with her high school sweetheart husband and their two sons. She's an indie author who has published two previous romances (with a bit of fantasy in each), Tristan's Redemption and Nate's Forgiveness. Her current works are all paranormal romance (her favorite genre to read!) and are set in her home state. She loves coffee, cold weather, the Boston Red Sox, the Carolina Panthers, and hearing from fans.