Stranded for Christmas by Noelle Adams - Except and Giveaway 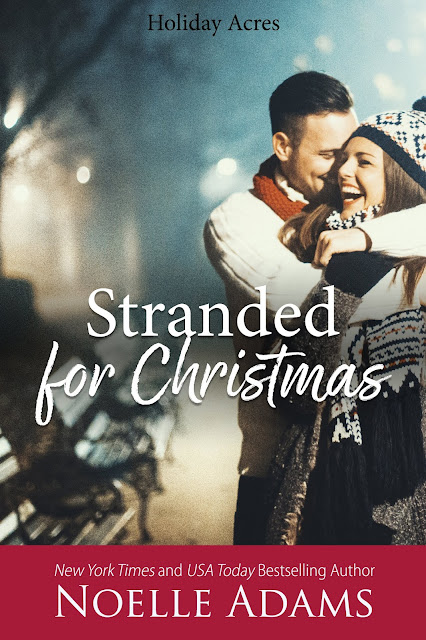 A snowstorm. Her much older business partner. One very hot night.

Laura Holiday doesn’t believe in romance. Her life revolves around her work and her six-year-old son. The last thing she wants is a fling with her friend and business partner, Russ Matheson, who is emotionally unavailable and thirteen years older than her. But one night in a snowstorm changes their relationship forever. 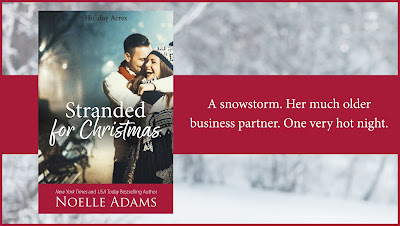 “The snow is getting bad,” Russ said, turning back to look out the window.

“Is it?” Laura looked pretty and flustered and breathless. Her shoulder-length brown hair was slipping out of her ponytail, and she must have gotten hot because she’d taken off her sweater. She was wearing a fitted white shirt that gave him a clear view of her slim body, including the luscious curve of her breasts.

Russ dragged his eyes back up to her face, but that didn’t really help because she looked flushed and tousled, like she might have just gotten out of bed.

He gulped, remembering how she’d looked that morning in her pajamas.

He really needed to stop thinking such things.

Laura would be mad as hell if she found out.

He blinked, trying to refocus on their conversation. “What?”

“I asked if it was really bad out there.”

“Oh yeah. Take a look. It looks like the parking lot is mostly empty, so the customers have obviously cleared out. The roads must be pretty bad. You probably should have picked Tommy up early.”

“Shit.” Laura came over to stand beside him so she could look out the window too. “Well, I better go get him now before it gets any worse.”

“You want me to drive you?”

She turned her gaze up at him, her brown eyes big and deep. “I’m capable of driving in the snow, you know.”

“I’ll be fine. I’ll take the SUV.” She sighed and rolled her eyes. “Olivia and Penny have to go out in this too. And I’ve got to stop by Candy Cane Cottage to assess the damage to the bathroom.”

“Surely that can wait.”

“We’ve got someone else renting it this weekend. I need to assess it so Ed has time to fix it tomorrow morning.”

Russ shook his head. “That driveway to Candy Cane Cottage is steep. You’re never going to get up it in this snow. And if you get up, you won’t be able to get down.”

“You’re putting a lot of faith in the powers of an SUV.”

“Oh shut up.” Her words weren’t sharp. Her expression was almost fond. “I can’t believe this snow. Why couldn’t it wait a few more hours?”

“The weather isn’t prone to following your timeline.” His voice was dry because she was still standing very close. He could smell the fresh scent of her hair. He wanted to tangle his fingers in it. He wanted to trace the freckles on her face and neck with his tongue.

“I don’t know why it shouldn’t follow my timeline. My timeline is a good one.” Her voice lilted slightly, and she leaned against the wall as she gazed up at him.

Russ took a step closer to her so he could smell her again. “I’ll let the weather know it needs to improve its performance to fall in line with your schedule.”

She took a shaky little breath, and her eyes dropped, causing her thick lashes to spread out against her freckled skin in a way that enchanted him. He edged a little closer, bracing one hand on the wall beside her.

He had her trapped against the wall now, and he’d completely forgotten the track of their conversation. His breathing had quickened, and his body had tightened, and his mind was buzzing with attraction. Need.

Something a lot deeper.

She wasn’t pushing him away. She wasn’t trying to cut the tension. She looked breathless. Excited.

He wanted to kiss her more than he’d ever wanted to kiss anyone in his forty-five years. He’d assumed that was something she’d never want, but maybe…

He leaned forward a little more. He could hear her quick intake of breath. Her eyes darted up to his face and then down again.

“Russ,” she said, raising a hand to put on his chest the way she had that morning in the kitchen.

“Yes?” His voice was way too husky, but there was nothing he could do about that. She was so close. Almost within reach at last.

Her fingers fisted in the fabric of his shirt. “Russ.”

“Yes.” This time it wasn’t a question. It was the pure articulation of his heart.

She licked her lips, and the small gesture made his groin harden. “Russ, please don’t.”

He’d been leaning forward even more, but at that he grew very still. “Don’t what?”

“You know what.” She took another breath—different this time—and looked up to meet his eyes again. “Please don’t.”

“Laura, I’m not going to do anything you don’t want, but I think maybe you do want—”

“I don’t—” She broke in, dropping her hand from his shirt. “Please don’t.”

Russ sighed and took a purposeful step back, feeling like he’d been hit by a truck.

Laura gave him another quick look and then grabbed her purse and started for the door.

“Be careful,” Russ said as she left. “The roads are bad out there.” 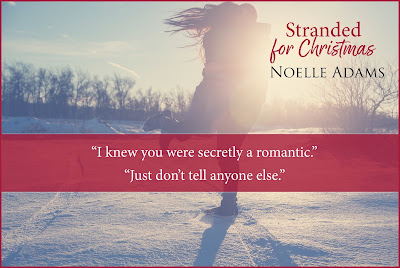 Other Books in the Holiday Acres series:

Stranded on the Beach (Holiday Acres #1) 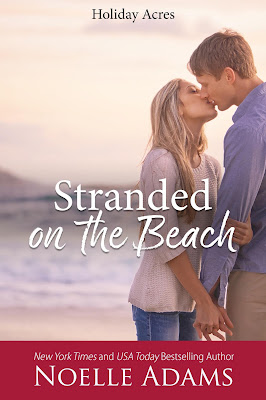 A forced vacation on the beach. The man who broke her heart. A second chance at love.

Rebecca Holiday’s sisters force her to take a two-week vacation on the beach for some much needed rest, but then she runs into the man who broke her heart, the only man she’s ever loved.

When they decide to spend time together, it’s only supposed to be closure, but what they might discover is a second chance at love.

Stranded in the Snow (Holiday Acres #2) 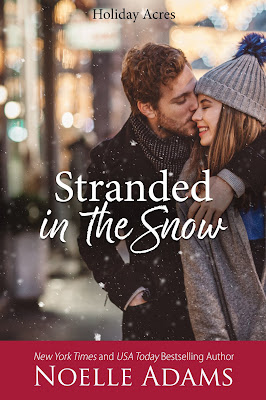 
An unexpected snowstorm. The man she hates the most. One very hot night.

Olivia Holiday does not expect to spend the weekend stranded in a romantic cottage during a snowstorm with the one man she resents the most. Scott Matheson is a player and holds a grudge against her family, and she really shouldn’t find him so hot. They share a deep history as well as an attraction, and it all comes out as they’re trapped together for one hot night.


Stranded in the Woods (Holiday Acres #3) 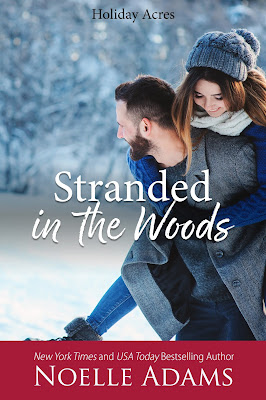 
A surprise snowstorm. A grumpy recluse. One very hot night.

When Penny Holiday gets stranded during a snowstorm, she has to seek refuge with Kent Matheson, a childhood friend who lives like a hermit and has never forgiven her family. Kent is everything she shouldn’t want, but feelings are awakened in his cabin in the woods that don’t disappear when the snow finally melts.

Rafflecopter for Stranded for Christmas
Review and Excerpt Tour Giveaway:

Noelle is offering one (1) lucky Grand Prize winner a paperback set of her Holiday Acres series containing Stranded on the Beach, Stranded in the Snow, Stranded in the Woods, and Stranded for Christmas! Two (2) Runner-ups will receive an eCopy of one book from Noelle’s backlist titles (winner’s choice). To enter, simply fill out the Rafflecopter below: 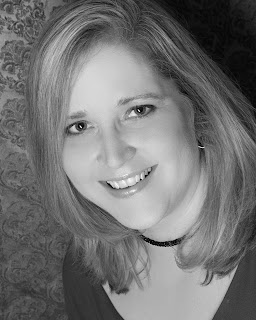