Dollar Signs by Manning Wolfe - Q & A and Giveaway 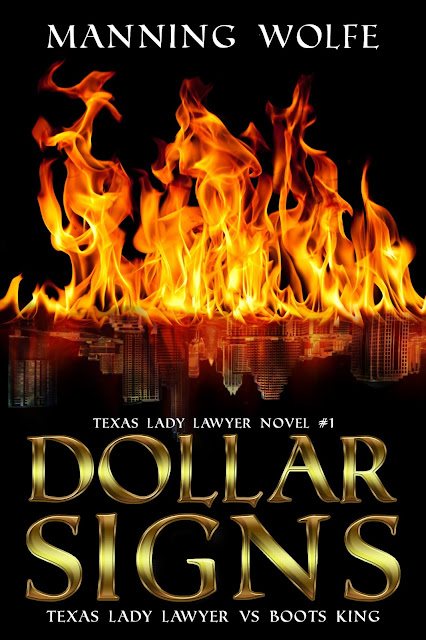 MERIT BRIDGES, an attorney and widowed mother in Austin, Texas, works hard, drinks too much wine, and sleeps with younger men. When Merit goes after a shady corporation threatening her client, she encounters hired gun Boots King. His charge is simple, “Stop her!” Merit and her
team – including Betty, a mothering office manager with a bad-ass attitude – struggle to stay alive, while they navigate a labyrinth of legal issues, and prove once again that you don’t mess with a Texas lady lawyer.

~ A legal thriller not to be missed...Manning Wolfe just put herself on my list of must-read authors.           - Mark Pryor, Hugo Marston Novels

~ Pages smoke like burnt fried chicken grease on a Saturday night...This one, my friends, is a non-putter-downer!
— george Wier, Bill Travis Mysteries.

` A high-speed storyline full of twists and turns upon a stark background of reality as lawyers might really experience it. Manning Wolfe is one of the up and coming legal thriller writers of this generation. Read her and enjoy her, but don’t expect much sleep! — John ellsWorth, author, Thaddeus Murfee Legal Thrillers 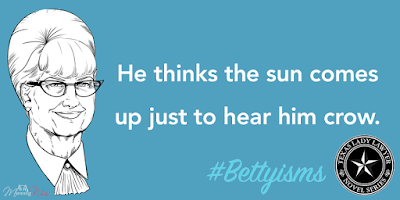 Why did you choose to write in your particular field or genre?

One would think I write legal thrillers because I am an attorney, but it may be the other way around. I became an attorney because of the stories in my head and my ideas about fairness and equality. Those concepts are evident in all of my writing.


What do you think most characterizes your writing?

When I write my first draft of a novel, I see the story in my head like a movie. I always have an outline before I begin, so when I sit down to write, I go into the scene I’m working on almost immediately. I can see colors, hear sounds, feel temperature, smell aromas, and most importantly feel the tension of the conflict of the scene. Sometimes when I go back and re-read a scene during editing, those same emotions are re-created.


What was the hardest part of writing this book?

The hardest part was finding time to write while I was still a full time attorney and raising a young man. As I’ve shared in my blog many times, my son, on whom the character Ace is based, is dyslexic. His learning disability required a lot of extra Mom time. Now, he self advocates, is totally independent, and he actually helps me from time to time.


What did you enjoy most about writing this book?

I enjoyed many part of the process, but one that comes to mind is writing Betty. She is Merit Bridge’s office manager who has a no nonsense style and sassy mouth. She’s like your irreverent Auntie who speaks her mind and keeps everyone under her wing. You can’t help but love her, even when she’s bossing you around. She has a whole list of Texas sayings that are in the series and also posted on Twitter and Facebook. People seem to get a kick out of them because they’ve been shared a lot.


Are there under-represented groups or ideas featured if your book? If so, discuss them.

In Dollar Signs: Texas Lady Lawyer vs Boot King, a Goliath corporation has taken advantage of a pair of Hispanic brothers who have English as their second language. The brothers have bought into the American Dream and now have come up against an American Nightmare through the legal system. Merit Bridges, the attorney/protagonist in all of the Texas Lady Lawyer books has a soft spot for the underdog as exhibited by her representation of these men, women who have found themselves on hard times, and her diverse office staff.


If you were a superhero, what would your name be? What costume would you wear?

I’d be a cross between Rosie the Riveter – We Can Do It, and Wonder Woman – Girl Power. Of course, I’d wear red, white, & blue with a cape and bandana tied like a headband. Plenty of mascara and red lipstick would be good. 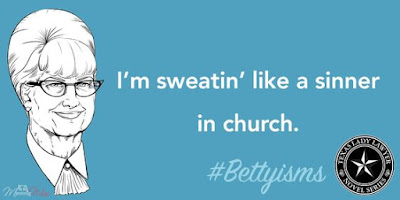 GIVEAWAY:
(One Copy of Dollar Signs) 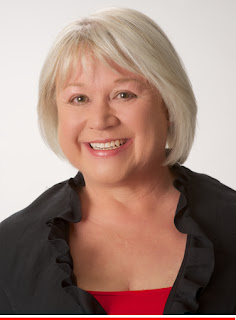 MANNING WOLFE an author and attorney residing in Austin, Texas, writes cinematic-style, smart, fast-paced thrillers with a salting of Texas bullshit. The first in her series, featuring Austin Lawyer Merit Bridges, is Dollar Signs: Texas Lady Lawyer vs Boots King. A graduate of Rice University and the University of Texas School of

Law, Manning’s experience has given her a voyeur’s peek into some shady characters’ lives and a front row seat to watch the good people who stand against them.