I am happy to help reveal the cover of Cole Saint Jaimes upcoming release of Soul Shaker.

Soul Shaker is the second book in Cole's Heart Breaker series, this is an Adult Contemporary Romance series. 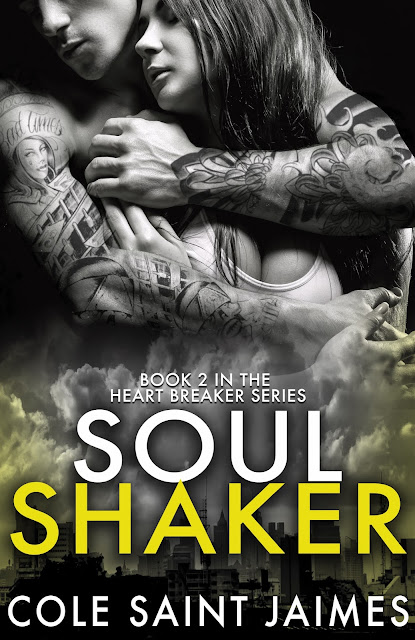 Pre-Order links not yet available

Of course it was never going to be perfect.

Of course it was always going to be wrong.

When Essie Floyd snuck out of his apartment in the early hours of the morning, Aidan Callahan pretended he was still out cold. The truth was he’d never even fallen asleep. How could he, when the girl he should never have developed feelings for, a girl he never thought he’d get, was finally lying in his arms?

It was obvious she was going to run.

Ever since she walked into his office, she’s playing games.

Now only one question remains:

Will she stop playing long enough to realize this thing between them is real?

How could she do it?

How could she enjoy it?

Guilt is a wicked thing. It will never leave Essie be. It’s not the intense, incredible sex that’s tearing her apart, though. Sex has always been a weapon, a tool, something to be used as and when necessary. No, it’s not the sex.

Her wretched heart has betrayed her, and not only that. It’s betrayed her brother, too. Now, the only way to make amends is to focus on her original plan:

She must break Aidan Callahan at all costs. If she doesn’t, she’ll never be able to forgive herself. 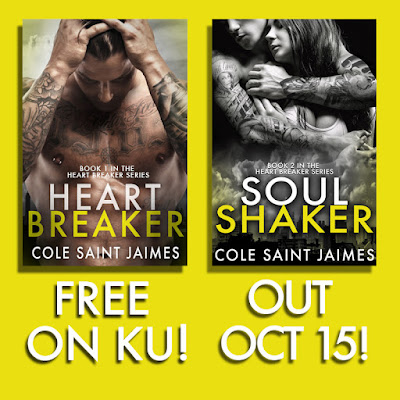 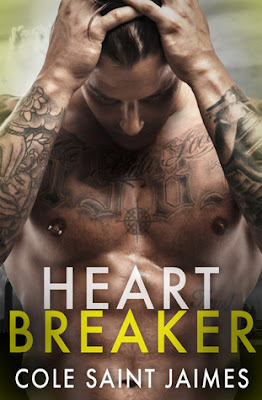 Sounds like the perfect day to Aidan Callahan. As second-born son to Chicago’s most influential business owner, Aidan’s life has always been about responsibility. Tradition. Toeing the goddamn line. Just do as you’re told, Aidan. Don’t make waves.

Well, screw that. Riding waves is way more fun than making them.

Hawaii is paradise on earth. Smoking hot women. Tiny bikinis. As far as Aidan’s concerned, wild horses couldn’t drag him kicking and screaming back to the windy city. Or at least that’s what he thought.

When his brother crashes his Mercedes, killing himself on impact, Aidan finds himself next in line to the Callahan fortune and all the ties that come with it.

And this time there’s no getting out of it.

A brother who loves her.

For Essie Gray, life’s been one hard kick in the teeth after another. With her parents both dead, her brother is her only living relative. That is until Vaughn’s truck is written off, his life snatched away by the careless actions of a rich playboy in a flashy sports car.

Now, the only thing that will bring Essie peace is revenge. She must take what was taken from her. Only when the name Callahan has been wiped from the face of the earth forever will she be able to start living again.

Of course, the new head of the Callahan Corporation isn’t what she expected. Aidan’s sexy and sad, and just as damaged as she is. Will she be able to distance herself enough to accomplish her goal?

After all, ruining a man’s really hard when you find yourself falling for him 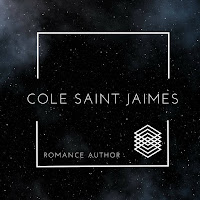 Cole Saint Jaimes caught the travel bug young. He spent years honing his skills as a writer while he island-hopped and caught some of the most incredible waves in the world, fuelling his addiction for surfing. Along with his adorable French wife, Cole now calls Los Angeles home. You can usually find him procrastinating on Facebook, or watching Game of Thrones for the seventeenth time on HBO.