I am so excited to share this guest post from Matthew Cody, author of The Peddler's Road a Middle Grade read based of the legend of the Pied Piper of Hamelin.

Thank you Matthew for taking a bit of time out of your day to answer my questions...I can't wait to read this story with my girls! 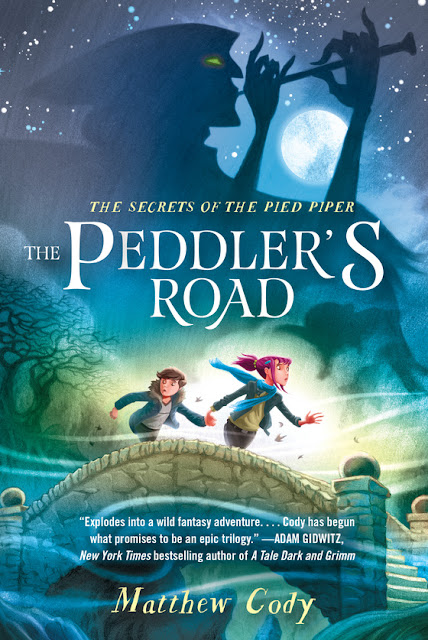 It is said that in the thirteenth century, in a village called Hamelin, a piper lured all of the children away with his magical flute, and none of them were ever seen again.

Today tough, pink-haired Max and her little brother, Carter, are stuck in modern-day Hamelin with their father . . . until they are also led away by the Piper to a place called the Summer Isle. There they meet the original stolen children, who haven’t aged a day and who have formed their own village, vigilantly guarded from the many nightmarish beings that roam the land.

No one knows why the Piper stole them, but Max and Carter’s appearance may be the key to returning the lost children of Hamelin—and to going home themselves. But to discover the secrets of the Piper, Max and Carter will have to set out on a mysterious quest down the dangerous Peddler’s Road. 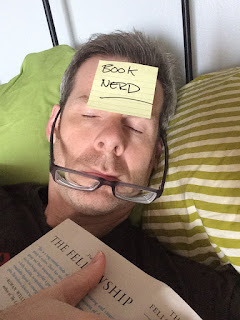 1. Since the story is based off of the Pied Piper of Hamelin I was curious to know when you first came across this story, was it as a child or an adult and what drew you to it so much so that you decided to write an adaptation?

I honestly can’t remember when I first heard the story, but I think it’s always been special to me because it’s the fairy tale without a happy ending. Spoilers here, but in the original tale the Pied Piper steals away the children of Hamelin and that’s that. No brave princesses or heroic farm boys coming to the rescue. The Piper just leads the children away into a mountain never to be seen again. It’s a darkly ambiguous ending that obviously stuck with me.

And the other reason why I’m so fascinated with this tale has to do with the real life town of Hamelin. I’ve talked about this before, but it’s just so creepy that I want to tell everyone I meet! In Hamelin, Germany there is a piece of the old town wall that roughly translated reads, “This wall was built in 1556, 272 years after the magician stole 130 children away.”

I mean, come on! It gives you goose bumps, doesn’t it? Suddenly the fairy tale becomes a mystery. The moment I read about it I just knew that I would write about it. It percolated in my brain for a few years until I had enough of an idea to begin the Secrets of the Pied Piper series.

2. Did you find this adaptation to be more difficult to write than your previous two books?

Well, this is actually my sixth book all told, but yes it was pretty difficult (you’d think it would get easier!). It was challenging because that rather than being a straight adaptation, or reimaging of the Pied Piper of Hamelin story, The Secrets of the Pied Piper series presents the original tale pretty much as it’s been told, but then uses it as a jumping off point. So we begin with the premise that the tale was factually true. The Pied Piper did steal away 130 children from Hamelin in the year 1284, but why did he take them and where did they go? Our heroes, Max and her brother Carter, learn the answers to those questions only to discover that there’s a whole lot more to the story than we’ve been told, and that their own lives are hopelessly intertwined with the truth.

3. Loyalty is a strong theme in your previous books and I wondered if that is a theme that you found yourself carrying though into this story and more importantly what you are hoping readers will take away from the 'adventure' that Max and Carter find themselves on?

I agree that loyalty is a strong theme in literature for younger readers, my own work included. Most people think about things like loyalty and responsibility as more mature, grown up themes – work, parenthood, etc. But childhood and young adulthood are filled with conflicting loyalties and responsibilities. There’s the loyalty to friends and family, the responsibility to watch out for younger siblings. And I think most interesting of all, there’s the question when you are young of where do your own moral loyalties lie? Young people are still choosing what kind of person they are going to be and there’s a lot of soul searching that goes along with that. Great stuff for drama, and even better when you add magic and a few monsters into the mix!

In the end, I hope that readers will see a little of themselves in Max and Carter. I can confidently say that my very astute readers won’t be facing witches, ghosts, and hangman trees anytime soon, but I still think there’s something to be learned in sharing Max and Carter’s adventures. Safely, of course, in the comfort of one’s own best reading spot! 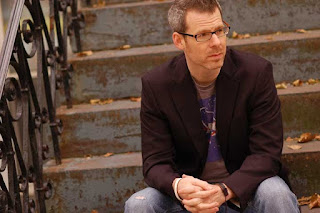 Originally from the Midwest, Matthew Cody now lives in New York City with his wife and son. When not writing books or goofing off with his family, he teaches creative writing to kids of all ages.

Make Sure to stop by the other fabulous blogs on the tour to see what they have in store: