The Final Straight by Charlotte Howard - Guest Post and Excerpt 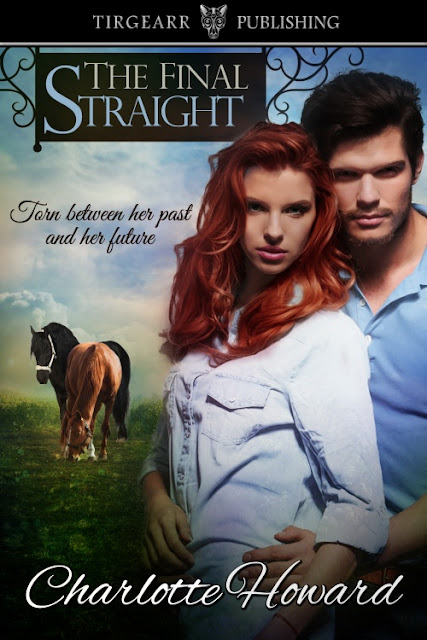 April Miller works for her best-friend, Max Knight on his livery and competition yard. Their friendship has withstood many turbulent times, and while April is deeply in love with Max, she is also aware of his womanising ways and has refused to succumb to his flirtatious charms. When her ex, AJ, suddenly comes back with a business proposal, April finds herself torn between the two men.

A Few Words from Charlotte Howard


Thank you for hosting today! Recently I got asked what my idea of romance and eroticism is, so I thought I’d take the time today to answer that question.

I may have a problem – it has been noted by quite a few (male) friends, that I think like a man. This is not a good thing when you’re supposed to be a romance author. I can’t even blame growing up in a male environment because I grew up in a small village, living with my mum and two of my sisters, my dad worked on the oil rigs so was a way a lot. It was a very female-orientated life. Still, I think like a man. Apparently.

I am not a flowers and hearts girl. I’m allergic to lilies and daffodils, well any high pollinating flower, for a start. I’m seriously crap at remembering things like birthdays and anniversaries, and don’t even get me started on Valentine’s Day! I much prefer March 14th... (If you don’t get that reference, ask the nearest man.) A romantic night in, as far as I’m concerned, involves a takeaway curry, a cup of tea, and a good action or thriller movie. If it has Channing Tatum or Will Smith in it, that would be a bonus.

Romance and eroticism don’t have to wear a business suit or high heels. They can easily come in a pair of scruffy jeans and work boots. And that is what I hope I put into The Final Straight. Max is as far from business-like as possible, but he is still a force to be reckoned with. April is not your make-up wearing, mini-skirt clad, broken girl. She wears boots and a riding hat, but she’s still a hot woman. AJ... Well he’s AJ, and you’ll just have to read the book to find out what he’s like.

“I should go,” April yawned, watching as he scraped food into the bin and placed plates into the dishwasher.

“You’re staying the night,” he insisted.

“We’ve been through this a hundred times,” she sighed. Her hands waved between them. “This can never happen.”

He gave her a disappointed look. “We could have a little bit of fun.” He gave her a playful smile. “You never know what might develop.”

“I should stop drinking around you. Every time…” She didn’t stop him when he grabbed her hips and rocked her from side to side. “You know exactly where it would go. You forget that unlike your bits on the side, I know you. You’ll wake up in the morning and regret it. You’ll try to placate me with empty promises, and then in a couple of months you’ll find someone taller, thinner, and sexier, and I will be left alone.”

“I would never cheat on you,” he said, honesty brimming through the firmness of his voice. “You are the only girl for me.”

“Please don’t,” she said, placing her hands on his chest. “We want different things…”

“Thank you.” She stepped back and looked at him. There was a sadness in his dark brown eyes, one that hurt her heart. “We are okay aren’t we?”

“We’re great,” he said with a small smile.

“I couldn’t bear to lose you as a friend. Let’s not get serious again.”

“Okay.” He nodded. They smiled and kissed each other on the cheek; a signature on their unspoken agreement to remain just friends. 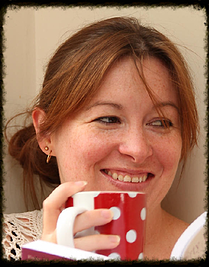 Charlotte lives in Somerset with her husband, two children, and growing menagerie of pets and can always be found with a cup of tea in her hand. When she's not writing or running around after small people and animals, she loves to eat curry and watch action films.

Charlotte is an active (and vocal) member of the Yeovil Creative Writers.