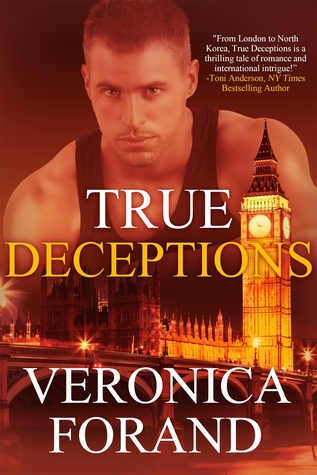 Temptation. Seduction. Murder. It's all part of the game...

After his partner was murdered, Simon Dunn was done with MI6. But the cold, violent world of British intelligence never lets anyone go free. Now Simon has been blackmailed into a new job...with a beautiful new partner who's going to get them both killed.

Robotics expert Cassie Watson is a newbie field agent with as much sophistication as...well, a pacifist, vegan computer nerd. Now she's abruptly thrust into the cutthroat world of espionage with a partner who is as cold as he is brutally-and brutishly-handsome.

But when their mission is betrayed from the inside, Cassie will be forced to place her life in the hands of the one man who's anything but trustworthy...

Sigh, this is a hard one for me.  I always hesitate to come on to the blog and write reviews that are for me below 2 stars because you never want to hurt anyone and I am hopeful that even thought this was a DNF for me, I won't end up hurting feelings or keeping anyone from picking up the book to give it a try.  It simply was not a book for me...here is why.

The main characters, Simon and Cassie.  I could not bring myself to like them.  Simon is simply a jerk.  He didn't come across as a broody alpha male with moments of jerkiness, no he was a jerk all the time.  And Cassie, she was simpering and weak.  I wanted so much more from these characters.  I understood where the author was coming from and I understand why she was writing them the way she was writing them it sadly just failed to come through on the pages.  I rarely ever DNF a book because I am always hopeful that things will turn around and I want to give books a fighting chance but I just couldn't get past these character issues.  I couldn't take any more of Cassie's obeisance to Simon and his complete lack of regard for anyone other than himself, particularly of Cassie.

Their romance, honestly I don't even know how that happened or why it continued.  I never felt the connection between the two and I can't get behind the idea that it partially occurred because they are acting as lovers while they work for MI5, it never felt genuine, they clearly were in lust with each other but there was nothing of substance there.  A one night stand would have felt more realistic than their prolonged 'romance'.

Also, one thing that Simon and I agreed on was there was absolutely no way Cassie should have been put in the situation she was in.  She should have never left a computer lab.

I will say that there was a ton of potential in this book.  The concept is great, the story line was alright, it just needed more simmering...more time to develop.  The characters needed more deminsion and depth.  Also, while this is considered a Stand Alone, you will notice that some times you feel like you missed something and that is because there is a separate stand-alone called Untrue Colors that Simon makes an appearance in as well as characters that show up from Untrue Colors in True Deceptions.

Also, the action and suspense (up to as far as I got 41%) were really intriguing and I could have absolutely gotten lost in that if I could have accepted the two main characters.

Now, with those complaints I will say this....there are a lot of people that quite liked this book and I ask you before just giving up on it that you will go to GoodReads or Amazon and check out all of those reviews, this simply may just have not been the book for me.  Opinions as we all know are very personal so while these characters sat wrong with me you may find them personal favorites. 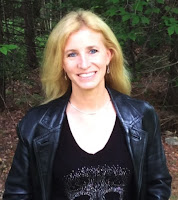 Veronica Forand is an attorney and an award-winning writer of romantic suspense.
She’s lived in Boston, London, Paris, Geneva, and Washington, DC and currently resides near Philadelphia. An avid traveler, she loves to roam across continents with her husband and kids in pursuit of skiing, scuba diving, and finding the perfect piece of chocolate.
She is a member of the Romance Writers of America, the Kiss of Death, RWA’s chapter for romantic suspense and mystery, the RWA Contemporary Romance Chapter, the Valley Forge Romance Writers, the Washington Romance Writers, and the International Thriller Writers.