Frazzled: Every Day Disasters and Impending Doom by Booki Vivat - Review and Giveaway 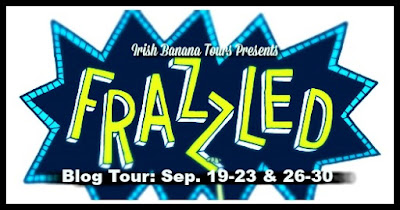 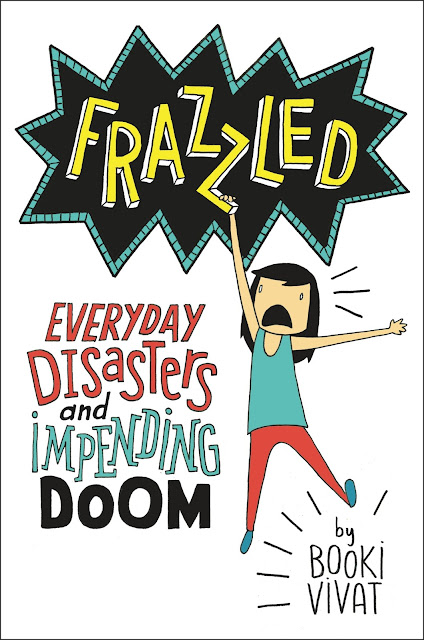 Heavily illustrated and embarrassingly honest, Frazzled dives right into the mind of this hilariously neurotic middle school girl as she tries to figure out who she is, where she belongs, and how to survive the everyday disasters of growing up. With Abbie’s flair for the dramatic and natural tendency to freak out, middle school has never seemed so nerve-racking! 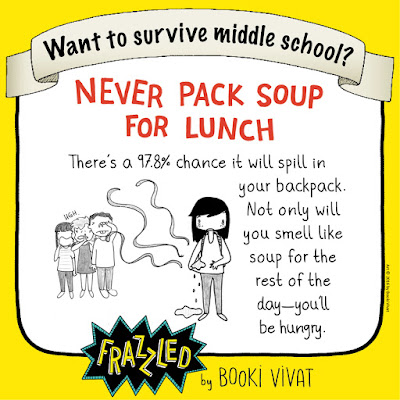 So, I am in love with this book!  It is so freaking cute as well as sweet, meaningful, thoughtful, inspiring, and most of all FUN.  I know what you're thinking, this is a book about a child about to start middle school how could I have enjoyed it near as much as I did well....because I was once this child.  I was a middle (a middle who was also the second oldest out of four with the next sister, yeah 4 sisters, being 6 years younger, so it was a unique middle situation) and while I don't exactly remember heading off to middle school I do remember all those feelings that come along with being a middle.  Those feelings that you'll never find your place in your family, with your friends, in your school, in the world.  You're just this kid floating out there doing the best you can and trying to make it through each day with out messing up too badly.

Now as a mom I have a 10 year old daughter who while she is the oldest will be starting middle school this year and being that she's only one of two I think she has some of that middle child syndrome going on so as soon as I finished this book I popped it into her hands and she had the best time reading it.  She'll tell you that she knows exactly what she wants to do when she 'grows up' but that until she can do that she doesn't feel like she can find her place.  She's the kid in the background just doing her thing and just running at her own pace until she finishes the race.  She felt like she could totally relate to Abbie Wu and how she felt about everything. I loved seeing her eyes sparkle as she read Abbie's story, I loved that when she woke up the next morning she brought the book to me and started going through the pages saying "look at this, did you see this, do you think, wasn't this funny..." page after page she recapped the book with me.  I like to think that it will always stick with her giving her a little extra push of hope that she'll find her way and I just have to keep reminding her much like Aunt Lisa does for Abbie

Their situations are much different but the fact is that the feelings Booki Vivat brings out through Abbie are the feelings of almost every child out there...even for some of us as adults now but definitely when we were entering the world of middle school.

On that note Olivia's (10) final worlds for this book were:

"This book was amazing! It's very funny and I loved the art! I don't know why but it reminds me of Ivy and Bean, Naruto, and Harry Potter.  Ivy and Bean because of the conspiracies about the teachers and such and because it seems like Ivy and Bean but for kids that are a bit older. Harry Potter because of the whole school thing and how everything keeps going wrong.  Naruto because it's really funny and they make a lot of minor plans that end up going wrong. Also after I finished the book I almost couldn't wait until morning because of the pastries and I was so hungry.  I also think when Gloria (7) is a bit older she will really like this book too.   I would rate it 5 stars and I wish there was a number two!"

I adored the illustrations that Booki added to the book to help tell the story.  They perfectly complimented it and gave the book an even more endearing feel.  It is that something extra that just pushes the book in to the realm that teeters past 5 stars but you've limited yourself to those 5 star and if you could you'd just give it star after star after star.  I loved the relationships in the book, especially Abbie and her brother Peter's, it highlights that underlying sweetness that you'll find through out the book and if you didn't have an older brother growing up it will make you wish you had. 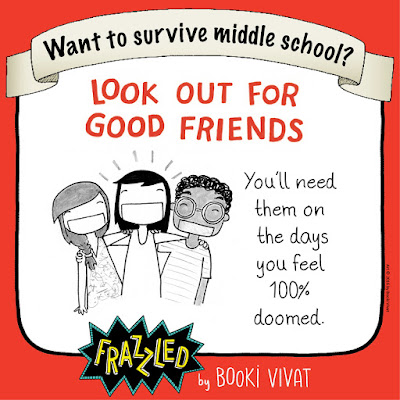 Giveaway:
(Three finished Copies of Frazzled, US Only) 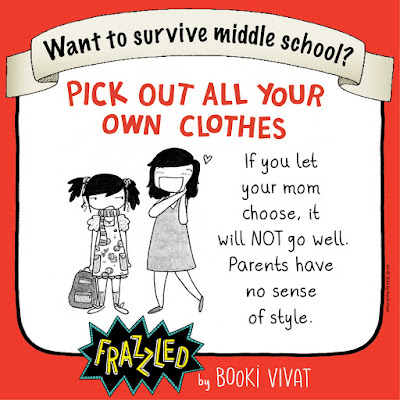 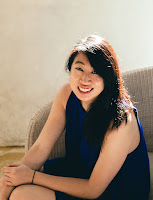 Booki Vivat has been doodling somewhat seriously since 2011 and not-so-seriously since childhood. She grew up in Southern California and graduated from the University of California, San Diego. She currently works in publishing and lives in Brooklyn, New York. This is her first novel 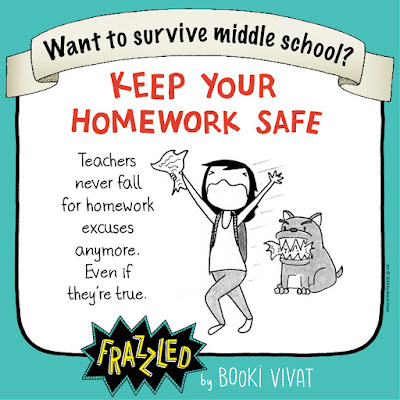