Challenged by You by Steph Nuss - Release Day and Review 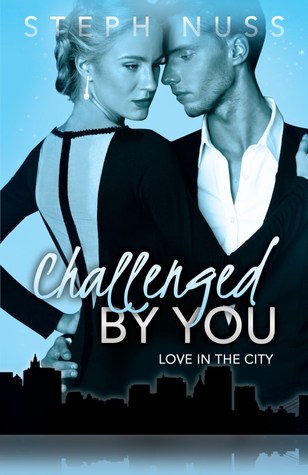 Author: Steph Nuss
Publication Date:  1 September, 2016
Publisher: Self-Published
Series:  Love In The City, book 5
Genre:  Contemporary Romance
Age Recommendation: 18 and Up
Rating: 4 Stars
~ I received a copy of this book in exchange for an honest review ~

Paige Abram never faces a problem she can’t solve until her high school sweetheart comes back into her life, and she’s bombarded with memories of their relationship. His presence is almost suffocating, but he’s still just as beautiful as she remembers.

His heart beat differently after its first love.

The moment Drake Wilkins sees her again, the numbness he’s felt since he walked away disappears. But she’s not the same girl he fell in love with back then. She’s colder, not as easy going; she’s a complete stranger now.

Her heart nearly quit after its first loss.

When a funeral has them returning to their hometown, a secret she’s kept from him all these years is revealed. She expects him to push her away but he doesn’t; he tests her just like when they were kids.

Their hearts resuscitate, but in the city, their love will face its biggest challenge of all: survival. 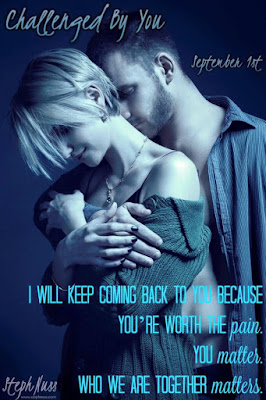 The most important thing you should know about this book when it comes to me: I picked this book up at 10:00 pm and didn't put it down again until 2:30 am.  I could not put it down, I could not walk away.  Challenged by You is a highly emotional read, heart breaking, sweet, redeeming, beautiful.  Challenged by You is also because of those reasons a heard book to review.  I can't tell you too much because so much of it revolves around a secret that is the basis of the story and would be an absolute spoiler, which I refuse to do, if I gave any hint about it.

If you have read any of the Love in the City series before this one you know Paige and I think like me you have always been a bit 'turned-off' by Paige.  She's always been a bit cold, a bit harsh but I can promise you in this book you will see her in a completely new light.  You will understand her and it will both lift you up and break your heart.  She isn't the woman we all think she is and the past that has made her this way, well...just get your tissue ready.  Drake, he is the epitome of a Steph Nuss Hero, he's kind, he's thoughtful, he's romantic, he's handsome but not overly cocky about it.  She writes guys that we don't often see if Contemporary Romances, they aren't bad boys that have to be reformed, they aren't jerks that are so incredibly hot and wealthy that the Heroine just can't help but fall in love.  They aren't the guy that you constantly want to strangled, or the guys who talk in grunts and half sentences yet expect to be completely understood by the women they are attached to.  Steph's Heroes are oddly and refreshingly 'regular' guys that you just love because that is what they are, lovable.

Challenged by You is one of those stories that will remain with you for a long time.  It is going to burrow into your heart, break it just a little, and make it swell with love.  Steph Nuss tackles a difficult topic in this book and she does it beautifully.  I will say that this book could be a trigger for some people, I know from personal experience of my own (though not of quite the same vein) that it could be more than a little emotionally difficult to read for some.  I don't want to tell you what the issue is but if you are concerned about any triggers I would be happy to privately tell you what the issue is.  On that same note, don't be afraid of this book, it is truly a beautiful book.  Yes Challenged by You is a bottle of wine and a box of tissue kind of read, but it is wonderfully written, the characters well fleshed out and ones that you will root for.  You will also get a glimpse back at past characters which is always a wonderful thing, I always miss series characters once we move past their own books.  You can totally read this book without having read the others, it is a standalone within the series, but like I mentioned above you will see past characters and as you will have met Paige, the main Heroine of the story, in previous books.  So absolutely go one-click this one, get comfy with your bottle of wine and your box of tissue and then be sure to come tell me all about it when you are done because I so want to talk to others about this beautiful story. 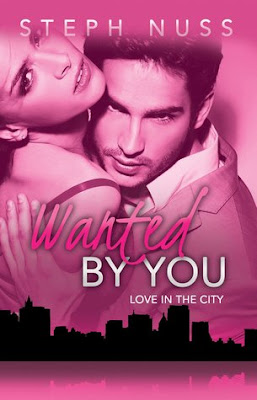 Carter was captivated by Ellyson Evans the moment he laid eyes on her, but she was the one girl who didn’t beg for his attention.

Ellyson vowed to never fall in love, because love can destroy you, but then she met Carter Jennings.

Unwilling to risk their comfortable friendship, neither confessed their desires.

Losing touch after college, a chance meeting reconnects them.

They want each other.

But love in the city is never quite that easy. 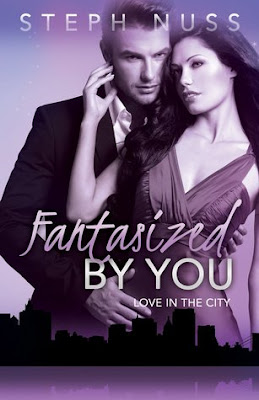 Celebrity fashion designer, Harper Jennings is only months away from turning thirty, and her dream of living a happily ever after has yet to come true.

She’s given up on her fantasy.

Personal trainer and gym owner, Maverick Jones isn’t thrilled about having a designer mentoring in his new clinic, but after meeting the brunette beauty face-to-face, he dreams of having his way with her.

He’s ready to turn his fantasy into reality.

But when their fantasies collide, love in the city becomes more complicated than they ever imagined. 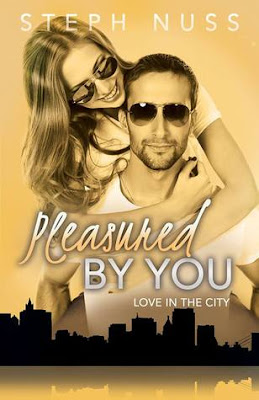 One night of pleasure turns into a summer full of lust.

Fletcher Haney owns several businesses all over New York City, gaining him access to tons of beautiful women. He has no intentions of stopping his womanizing ways, until he sees her again.

Pastry chef bombshell, Bayler Jennings knows she can have any guy she wants, but when her only memorable one-night stand confronts her, she breaks all of her rules.

He’s the love ‘em and leave ‘em flavor she craves.

But as the seasons change, this two-of-a-kind pair fights falling in love in the city, and they’ll soon realize that with pleasure always comes pain. 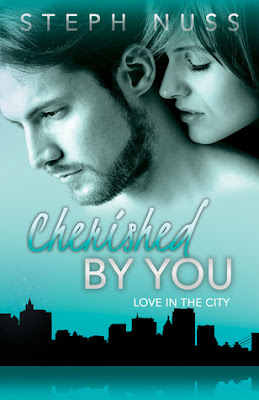 Being cherished is how Tessa Wilder always imagined falling in love. But for years, she’s always gone for the wrong guys. Now that she’s fallen for one of the good ones, she fears rejection.

Justin Jameson quit looking for a woman after being used so many times for his brains. A bit of an introvert and completely oblivious to women’s advances, he can’t even see that his friend cherishes everything about him.

When Tessa needs a place to stay, Justin’s the first to offer her a room. Hearts are opened; feelings are ventured. They’ll finally know what it’s like to be cherished in the city until one moment threatens the relationship they’ve built. 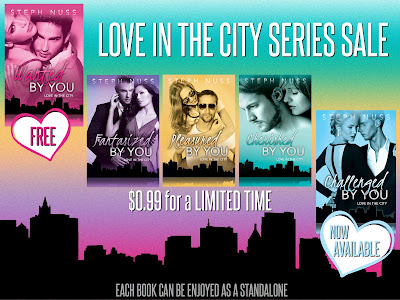 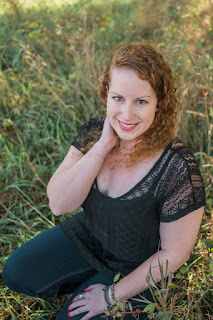 Steph Nuss was born and raised in rural Kansas, where she currently resides with her black Labrador son named Gunner. She grew up with a passion for reading and writing. When she’s not immersed into the land of fiction, she enjoys listening to music that came before her time, watching movies and reruns of her favorite shows, and hanging out with her family and friends. She also has a bachelor’s degree in psychology that she’ll never use…unless she’s profiling her characters of course.
Facebook ~ Twitter ~
GoodReads ~ Website  ~ Pinterest
SaveSaveSaveSave
Posted by Malissa at 10:13