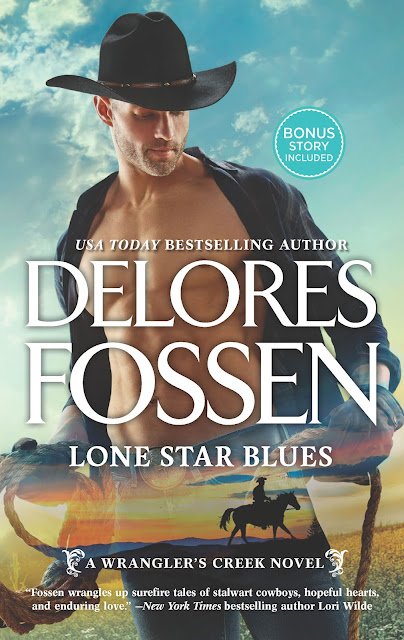 Dylan Granger could always count on his rebellious-cowboy charm to get his way—until the day his wife, Jordan, left him and joined the military. The realization that during a wild night he got her cousin pregnant is shocking enough. But the news that Jordan has come home to Texas to help raise the baby is the last thing he expects.

Raising a baby with Dylan in Wrangler’s Creek is a life Jordan might’ve had years ago, but she doesn’t want regrets. She wants what’s best for the child—and to find out if there’s something deeper between her and her ex than blazing-hot chemistry. Getting closer means letting down her guard to Dylan again, but will he be able to accept the emotional scars on her heart?

Downing some more coffee, Dylan headed off the porch and toward the large detached garage for another vehicle. However, before he could even make it there, he saw something sparkly on the stone path. A silver purse that was smaller and flatter than the palm of his hand. It had some chew marks on it and was wet, possibly from dog slobber.

Since this likely belonged to the naked woman, he opened it to see if he could find her ID. And there it was—her driver’s license along with a credit card and some lipstick. There was also one of those stupid Dylan Granger Sex Bingo cards folded up inside.

Thankfully, it was blank.

He pulled out the license and looked at her birth date first. She was twenty-six. Way too young for him but at least she was legal. Then he read the name, and his stomach went to his ankles. Because it was Misty Turley, the same last name as the judge who was pissed at him. And with the way his morning was going, Dylan seriously doubted that was a coincidence. No, this was likely another of his daughters. One younger than Melanie.

Maybe he could send Walter Ray a whole case of scotch.

Dylan didn’t know exactly how many daughters the judge actually had. Walter Ray had gotten divorced years ago, and when his ex-wife had moved away, the girls only visited Wrangler’s Creek every now and then. Or at least that had been the case until Melanie had moved back after she’d finished college.

He picked up the purse so he could take it back inside and add it to the pile of clothes. Since the identity of the naked woman was bad news number five, that had to mean he was good to go at least for the rest of the day.

Dylan heard the sound of an engine right before he saw the cop car pull up in front of the house. It wasn’t the local cops, either. The cruiser had San Antonio Police on the door.

A tall, lanky man in uniform stepped out. “I’m looking for Dylan Granger,” he said, and he flashed his badge.

Hell. What now? Had Walter Ray sent someone to look for his daughter?

“I’m Dylan Granger.” He tucked the purse in his back pocket and walked toward the cop. “Is there a problem?”

The cop didn’t answer. He just motioned to someone inside the cruiser, and a moment later, a gray-haired woman stepped out. She wasn’t alone. She was gripping the hand of a little boy who couldn’t have been more than two or three years old.

“You need to sign for him,” the woman said. She had some papers in her left hand, and she started toward Dylan, pulling the little boy with her.

Dylan shook his head. “Why do I need to sign? And who is he?”

The woman smiled as if there was something to smile about. “Well, Mr. Granger, according to this paper, this precious little boy is your son.” 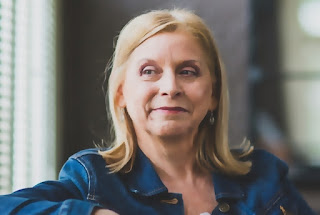 USA Today bestselling author, Delores Fossen, is an Air Force veteran who has sold over 100 novels. She's received the Booksellers' Best Award for romantic suspense, the Romantic Times Reviewers' Choice Award and was a finalist for the prestigious Rita ®. Her books have been featured in Woman's Day and Woman’s World. In addition, she's had nearly a hundred short stories and articles published in national magazines.