Claiming His Lioness by Kerry Adrienne - Spotlight, Excerpt, and Giveaway

USA Today bestselling author Kerry Adrienne’s Shifter Wars series comes to its epic conclusion when former enemies align, but is it too late to protect everyone they’ve come to love? 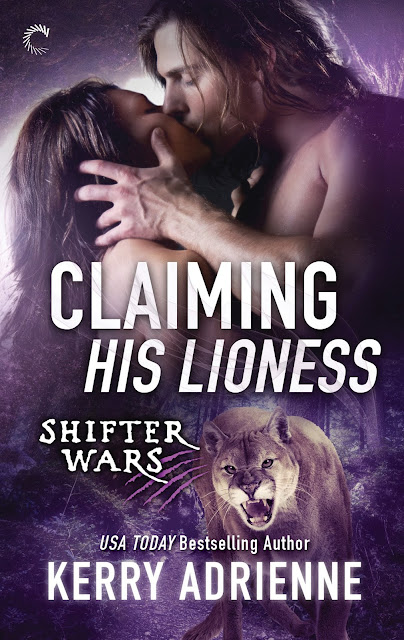 
Lara has always relished being a thorn in Mason’s paw. When she was chosen as pride Enforcer, it was easier than ever to get under the passionate shifter’s skin. But with the scent of humans in the air comes a threat she’s powerless to battle alone.

If there’s one thing Mason hates more than relinquishing control to a female, it’s the attraction he feels for the fiery lioness. Joining forces with Lara against an insidious enemy only makes their primal bond hotter—and the two of them stronger.

Now it’s up to them, side by side, to bring together three warring shifter clans, win the final fight and save Deep Creek. 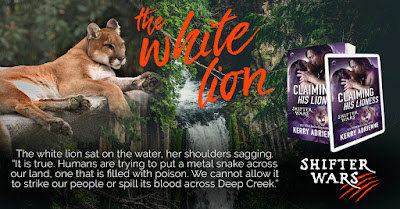 The birds and night animals were active all around them. Though her hearing wasn’t as sensitive as when she moved as a shifter, she still heard them. Scampers and calls to evening plans—all clear to her lioness, who paced inside, longing to get out and run. Lara shushed her, placating her with a promised run later. With summer starting, there’d be plenty of late night runs in the moonlight to the cadence of all the insects and heartbeats in the forest.

Mason motioned her to crouch and she did, crawling up close to him in the brush. She could smell him. Warm, with a streak of fierceness, like a juicy steak with a hint of tangy sauce. A spice she couldn’t name and a scent so intoxicating, she had to move back a bit. She’d been near him too much today. She sniffed again, and he turned and shot her a smile.

What the hell was wrong with her? She wasn’t one to go around sniffing men. She shook her head. I’m just hungry, that’s all.

Mason grabbed her arm. She looked where he was pointing and inhaled sharply. Through the bushes, a short distance away, a smattering of tiny campfires blazed. And tents cast hulking shadows across the lakeshore.

Where were the humans?

The low sound of muffled voices grew louder and Lara strained to hear what was going on. A group of humans—male and at least one female—made their way to the edge of one fire, their faces alight with the bright glow.

They looked happy. None appeared to be armed but why were there so many of them? The lake was remote—how could they have gotten all the equipment so deep into the woods—unless they’d had pack mules.

And why were they at the lake?

Mason’s face mirrored her concerns, his brows slanted and his skin drawn tight. His mouth a firm line. Lara watched him a minute, noting his slightly curved nose—the bump was the only way she could easily tell Marco and Mason apart unless they were talking. Somehow, the imperfection made him even more handsome than his brother.

She looked back at the humans standing around the fire like an army at ease, but aware battle was coming. Most looked out of place—not like seasoned hikers or hunters. More like businessmen without their suits, forced into jeans and T-shirts and shoes they only wore once or twice a year or maybe bought for the outing.

A large man glanced their way, spotted then, then rushed toward where they crouched. Bile filled Lara’s mouth and her lioness screamed run, but she froze in place. Several other men followed the leader, and within seconds, she and Mason were surrounded by humans. 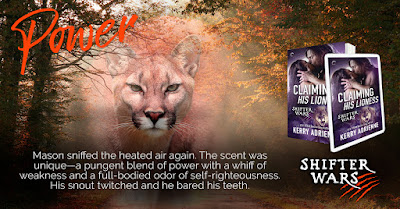 Don’t miss any of the Shifter Wars Series by Kerry Adrienne! 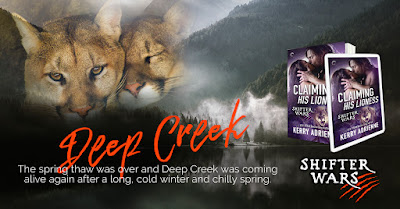 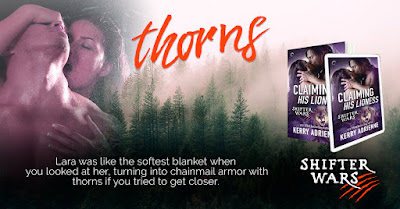 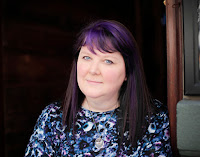