Don't Try To Fight It 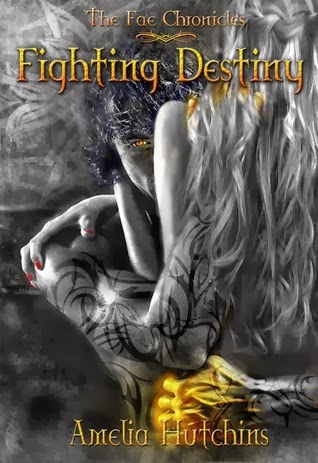 Have you ever heard of the old Celtic legends of the Fae - beautiful, magical, and deadly creatures that have a love of messing with humans just for kicks and giggles? Welcome to my world. What started out as a strange assignment, lead to one of the most gruesome murder mysteries of our times. My friends and I are set and determined to find out who is killing off Fae and Witches alike. Couple of problems in the way – I hate the Fae and the Prince of the Dark Fae is bound and determined that I work for him. He’s a rude, overbearing egotistical ass with a compulsive need to possess, dominate and control me. Oh – did I mention that he is absolutely sex-on-a-stick gorgeous and he makes me feel things that I never ever wanted to feel for a Fae...every time he touches me or looks at me with those dangerous golden eyes he seems to pull me further in under his spell, despite my better judgment. My friends and I can’t trust anyone and nothing is as it seems on the surface – not even me.


***Do NOT take my words lightly when I say this is an adult book.  While I want you to love it, I do not want you surprised by it's content.***


Synthia's carefully constructed world begins to unravel when she is speciafically requested to help protect the very 'people' she has spent a life time hating, the Fae.

"I hated the Fae and everything about them stunk in my book.  I wanted nothing to do with them...All I wanted to do was sleep and forget.  Tomorrow I had a job to lose." -Synthia

Growing up in the Witch's Guild after witnessing hte terrifying death of her parents as a chld, Syn becomes a rising, albeit reckless, star in her Coven and the Guild.  Her single minded determination to keep others safe from her parent's (specifically her mother's) fate.

"..I was reckless and a loose cannon.Okay that was a little harsh.I wasn't a loose cannon-I just didn't take shit from anyone" - Synthia

But all her beliefs and anger are challenged when she meets Ryder, the Dark Fae Prince.  In this Arragont, Sexy, Alpha male Syn meets her match, meets someone who gives as hard as he gets.

They are drawn together by a string of mysterious murders involving both the Fae and the Witch's Guild.  Ryder and Synthia's relationship straddles the line between hate, lust, and ultimately I believe love, although they can't bring themselves to admit it.

"I'll be strong for you Syn, if you need it.  You don't always have to be the strong oen, I'll be your glue if you want to crumble, I'll hold you together." -Ryder

Along the way we meet a wonderful group of secondary characters, Ristan and Adam being two of my favorites.  While these characters round out the story, they in no way are given a back seat in the story of Ryder and Synthia.  Ultimately they way Amelia has written them, it is much like you are reading each of their stories individually, but they fit together seamlessly.

This is a fast paced story, full of excitement, mystery, and a whole lot of steam.  This is a story about learning to (no pun intended) not judge the book by it's cover.  If what one person does make all people bad, where does that leave us?  I'm not saying that Syn doesn't have a right to her anger at the Fae, goodness knows she does, but her blind hatred leads her down a rocky path, and lucky for all of us Ryder steps in at just the right time.

If this is a book that appeals to you, please check out some other reviews and then get it while it's hot., as the price just went down!

And just a little teaser because I think they are beautiful covers: 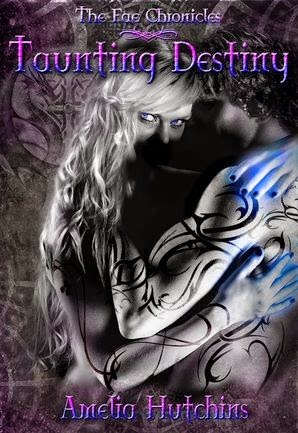