Marissa my oh my oh Meyer!

First off, aren't they just so pretty.  I do so love a book.  I will admit that I read a lot on my Kindle but there is nothing that can ever replace the beauty of a hard bound or paper back book. 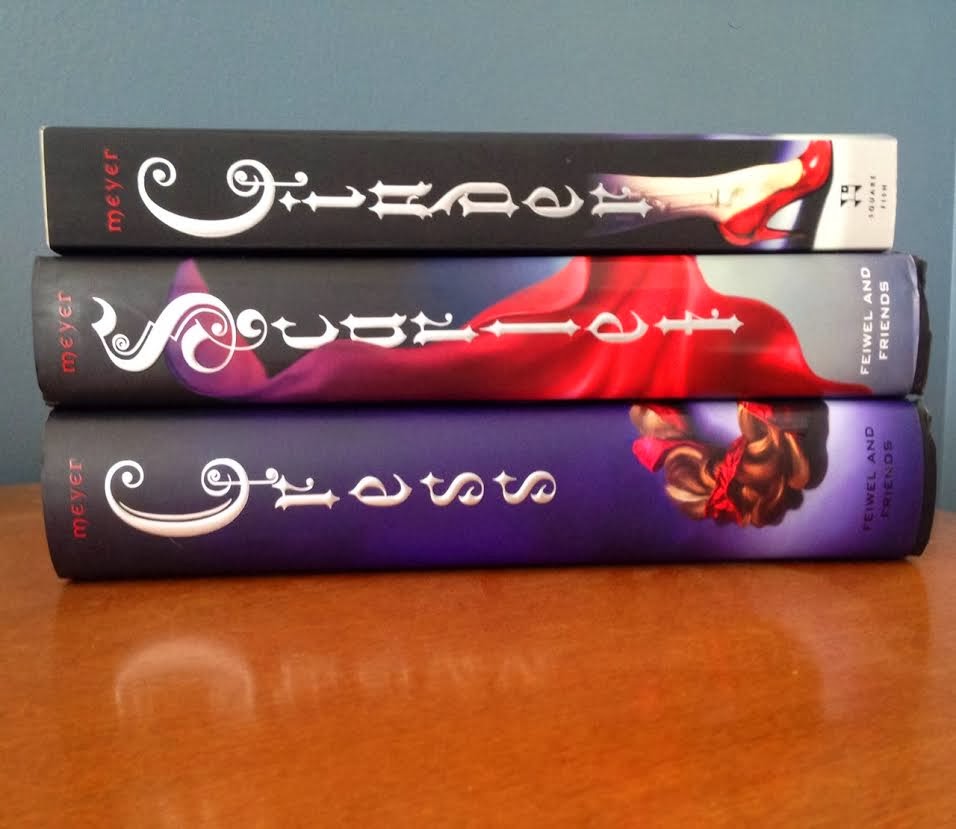 I had the tremendous pleasure of meeting Marissa Meyer last night at Politics and Prose in D.C. 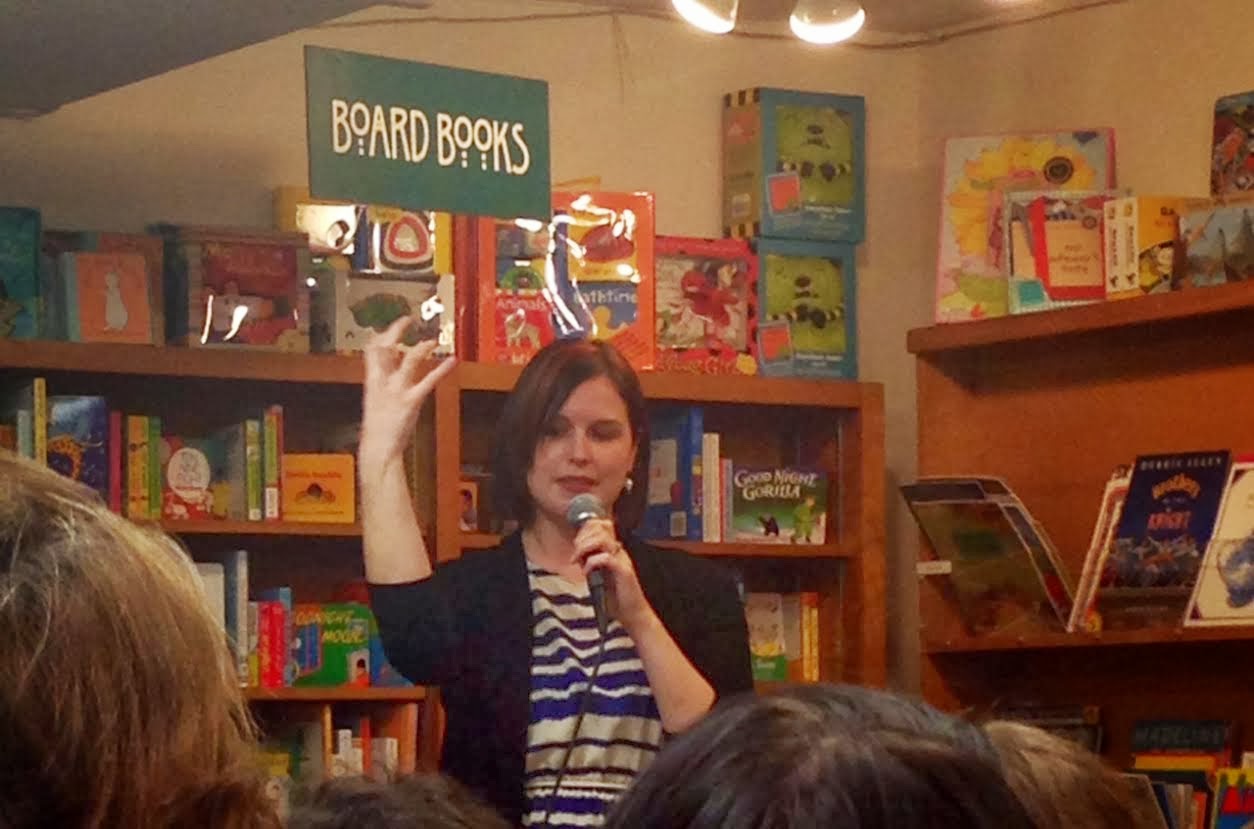 No, sadly I can't remember exactly what she was saying here but I have no doubt she was hilarious!  You can tell from her books and the personal stories she shared last night in regards to writing them that she is an amazingly funny, genuine free spirit and  I thoroughly enjoyed meeting her and hearing about her journey into writing.

Just a few tidbits from her talk last night that I really enjoyed and wanted to share with all of you:

~She was inspired to write at the age of 14 by the anime cartoon Sailor Moon. After signing up for a writing contest (which she informed us she came in second out of...two, lol) and choosing the fairy tale category so wrote a futuristic piece on Puss and Boots.  This ultimately lead to her decision to write an entire series of futuristic fairy tales and we all thank that wily cat in high heeled boots for that.

~Her favorite non-romantic (she couldn't pick a favorite romantic couple and who could blame her) couples to write are:
Cinder and Thorne, she loves their brother/sister type relationship.
and
Cinder and Ico's best friend relationship, and seriously who doesn't love Ico?

~Speaking of, also at the event was Rebecca Solar, who is the narrator for The Lunar Chronicles.  Why does Ico make me think of her, because she does a fabulous Ico voice!  She had us all rolling as she read an excerpt from Scarlet.  I will admit now I have actually never listened to an audio book, but after listening to Ms. Solar read from Cress and Scarlet last night I think I could easily get hooked.  It was amazing!

~The movie rights to The Lunar Chronicles have been sold, there is a script and they are looking for a director.  Marissa said while this is exciting what she would really love to see happen is action figures!  How awesome would that be, seriously!


And because I can not leave out these beautiful fellow readers and bloggers: 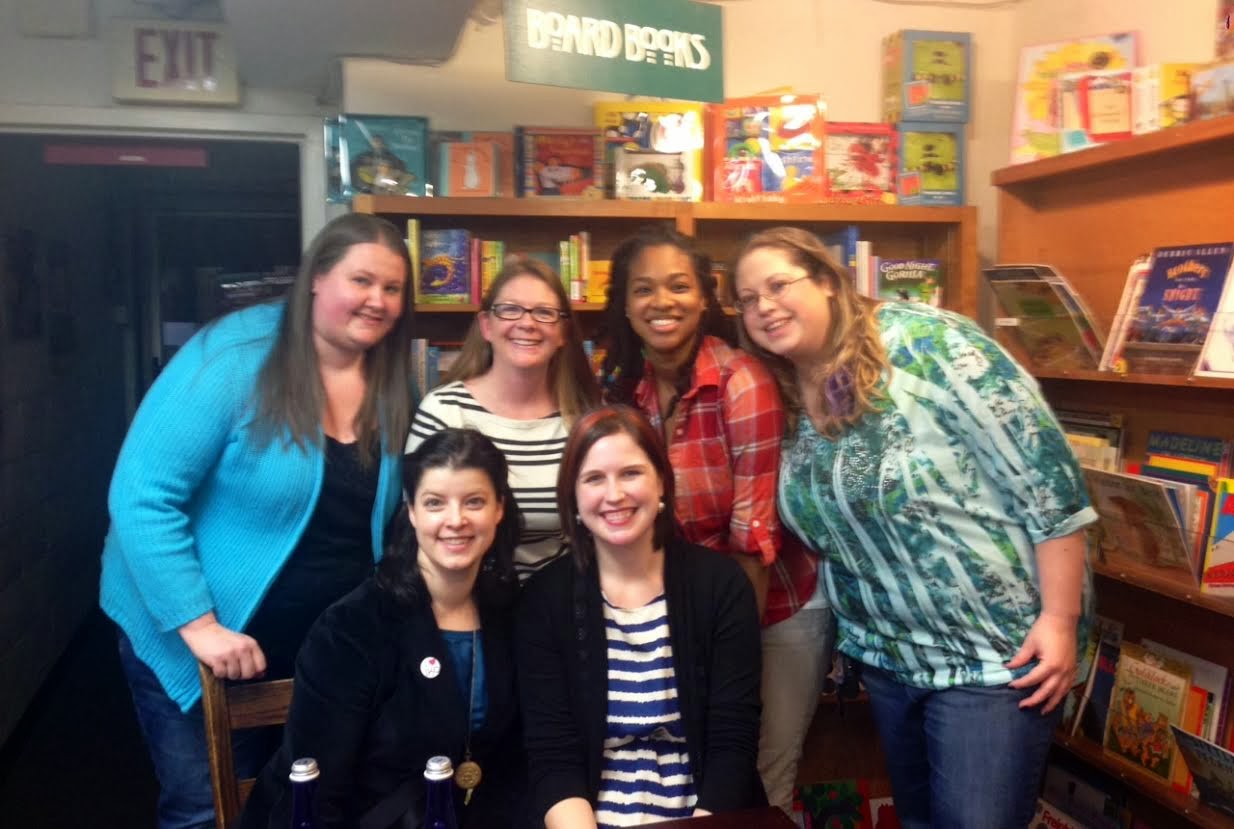 Jessica from Step into Fiction, Steph from Cuddlebuggery, and 'She really does know everyone' Hannah from The Irish Banana.  It was wonderful seeing you all last night, I can't wait to see you at the next event.